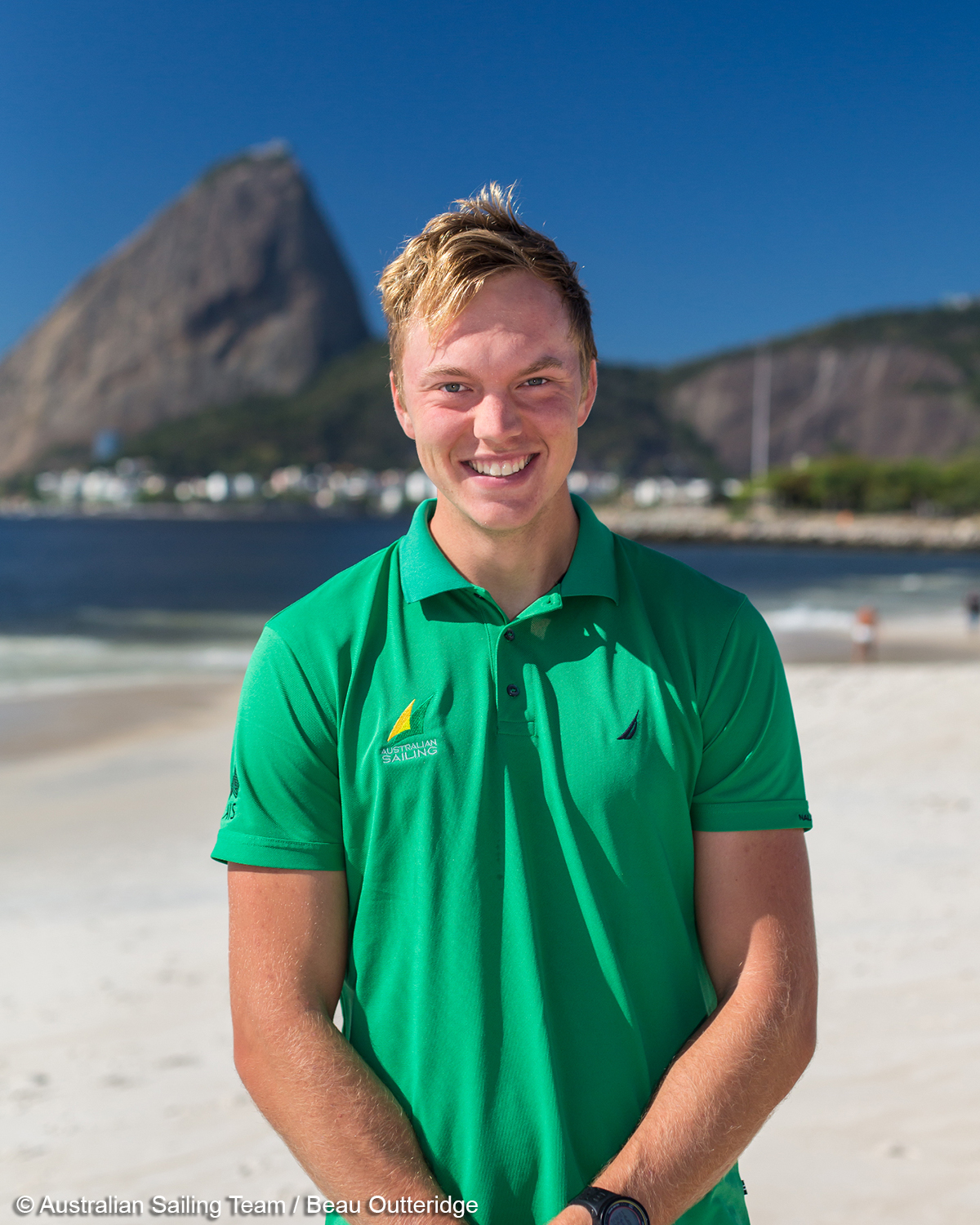 Finn sailor, Jake Lilley, joined the team at the end of 2016 as a Grinder after impressing Exercise Physiologist , Pete Cunningham. “Jake has shown great dedication to his training over the past 5 months or so and has turned himself into a great upper-body athlete who can now achieve decent power numbers on the grinding pedestal”, said Pete.

The Queenslander has had a meteoric rise since learning to sail at 15 years old, after a bad bike crash forced him to look at other sports. Jake was part of the Australian Olympic squad in Rio, and is focused on helping the team to win the 35th America’s Cup.

During his time in Bermuda he has been impressed with the level of professionalism within the team, and is working hard to step up to the challenge of the America’s Cup.

“Everyone knows about the professionalism of the likes of Iain Percy, Nathan Outteridge and Iain Jensen, multiple Olympic medallists, but what’s really impressed me here is the professionalism of the grinders. The likes of Chris Brittle and Anders Gustafsson, the way they come to work every day and push themselves in the gym, push themselves on the yacht, and in the grinding world they’re at the top.

For me to come in, to have these guys as role models and teachers, is a very valuable experience. Grinding is the ultimate test in fitness, it’s brutal, and I can’t explain just how challenging it is”, commented Jake.