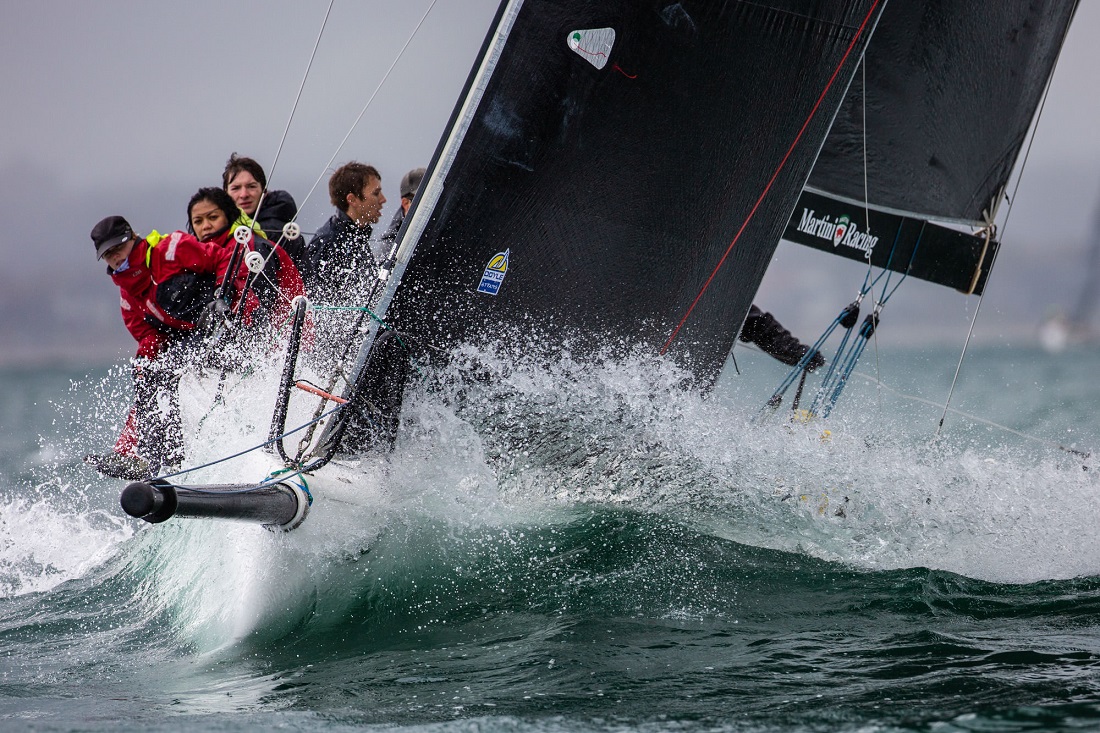 Hosted by the Royal Brighton Yacht Club, the day consisted of three windward/leeward races of two laps each, starting from 10am on a cold and wet Melbourne day, with gusty 25 knot winds kick-starting the day. It was a challenging day for the crews in the 24-boat fleet.

McRae, a member of the host club, was thrilled to learn she had won the day overall, with wins in the opening and closing races and a 12th in Race 2.

“I didn’t even know till we got ashore. I didn’t expect to win – it’s the first time I’ve won – and I’ve raced for a while now. It was a bit overwhelming, as I’ve never won a sailing event before. I’m still dividing up the loot between all the crew. I did well for my $30 entry fee,” she said.

“My only worry is how I’m going to get my trophies and prizes home on the train tonight! My crew rides a pushbike, so he’s not much help either,” McRae added, laughing.

The Victorian skipper described the day: “It started in pretty heavy winds. It was a miserable sort of day. There were lots of waves on Port Phillip, and when the wind decreased to around 8 to 10 knots, it was hard going to sail through them.

“I found it hard sailing against big boats (the ex-Olympic class Dragon is little over 29 feet, while some of the bigger yachts were 40 feet). I’m used to sailing one-design. We started out slowly in the first race and had a bad start in the second.

“It was hard to get used to in the pre-starts and starts, so took it conservatively, but it was good once we got going. We were more or less able to sail our own race after that.”

Among the fleet, McRae raced against two other Dragons she normally takes on in Club races: “One of them, Amazing Grace, beat us in the second race.”

“We’re happy with our third overall in the BLiSS,” said Neeson, who won it overall last year. “I’m happy; it was a big fleet and lots of different sized boats. The day was one of big shifts, so it was crucial to pick it to do well. We had to take advantage of the instruments and work the boat hard all day.”

Niesje Hees, from the BliSS organising committee commented: “We were thrilled, because there were 24 boats on the water in some challenging conditions, including rain. It was a very cold day. We kept the prize giving more informal this year and everyone seemed to enjoy themselves.”

The BLiSS brought the 2019 PPWCS to an end. RBYC will also host the official prize giving for the series and the Nautilus Range Series, in which some PPWCS sailors have also been competing, on Friday 24 May.