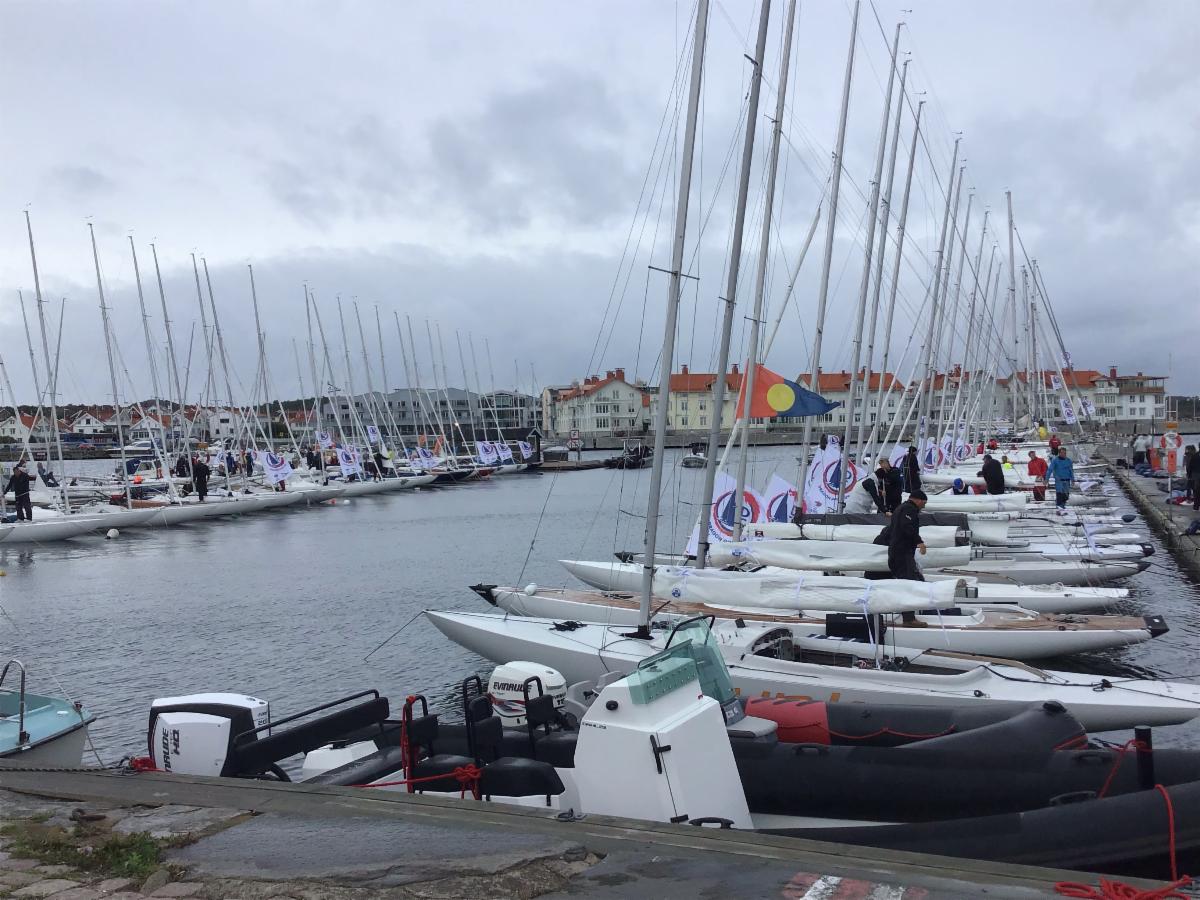 Racing was abandoned yet again on the third day of the Dragon Gold Cup 2021.

With three days completed and three to come this is the mid point in a championship that requires a minimum of four races to be completed for the result to be valid. With championship rules calling for very long courses and a maximum of two races per day, the pressure is now on to achieve a valid event and race at least four races in the remaining three days.

For the 70 strong fleet the frustrations are beginning to show. After the loss of almost the entire 2020 and early 2021 international programme due to COVID-19 restrictions and the huge amount of work it has taken to make this regatta possible and to get the teams here, to be confronted with such extraordinary summer weather, in a venue usually known for is exceptionally good racing conditions, is a bitter pill to swallow.

It is also a huge disappointment for the Swedish Dragon fleet whose volunteers have put so much time and effort into bringing the regatta to their country once again.

But Dragon sailors are by nature a resilient and optimistic bunch and the hugely experienced Marstrand race management team is determined to do everything in its power to achieve at least the minimum four races needed.

The forecast currently anticipates sailable winds earlier in the day which are due to increase through the afternoon and the committee wants to get everyone afloat early in the hope that they can run two decent full length Gold Cup worthy races before the wind increases too much.

Fortunately Marstrand is a delightful town to while away the hours in, and its great to watch the camaraderie of the sailors and the way in which the old hands help to support the younger crews as everyone finds their own way to deal with the frustration and boredom of the situation and remain positive.

More used to high speed asymmetric sailing Taatø explained the attraction of the Dragon for them saying, “We wanted to try something new, something that’s not just about high performance all the time, but something more tactical and technical.”

Their Royal Denship built Dragon has an interesting back story as she was christened Lady in Red four years ago by Her Majesty Queen Margrethe II of Denmark, whose late husband Crown Prince Henrik was a dedicated and hugely influential Dragon sailor.

When the boys purchased the boat from her original owner they were tempted to rename her as the famous Chris De Burgh song after which she is titled sounded so old fashioned to their young ears. But when a Queen has christened your boat it would be churlish to change her name and so the boys have learned to love the classic song and have designed a spectacular modern new logo which they proudly display on the boat and their crew kit.

This talented team have plenty of potential and it will be great to see how they get on against the fleet in general and the top Corinthian teams in particular once racing can finally get underway.

With three more days in which to complete the Dragon Gold Cup 2021 by Yanmar, the Race Committee will be doing everything in its power to run as many races as possible, without compromising race quality.

Day four will see the crews out on the race course for an early 09:00 start for what everyone hopes will be two races. The forecast indicates more strong wind later that afternoon, but then much lighter winds on Thursday and Friday, so luck may be on everyone’s side and the minimum of four races, or more, could easily still be raced.