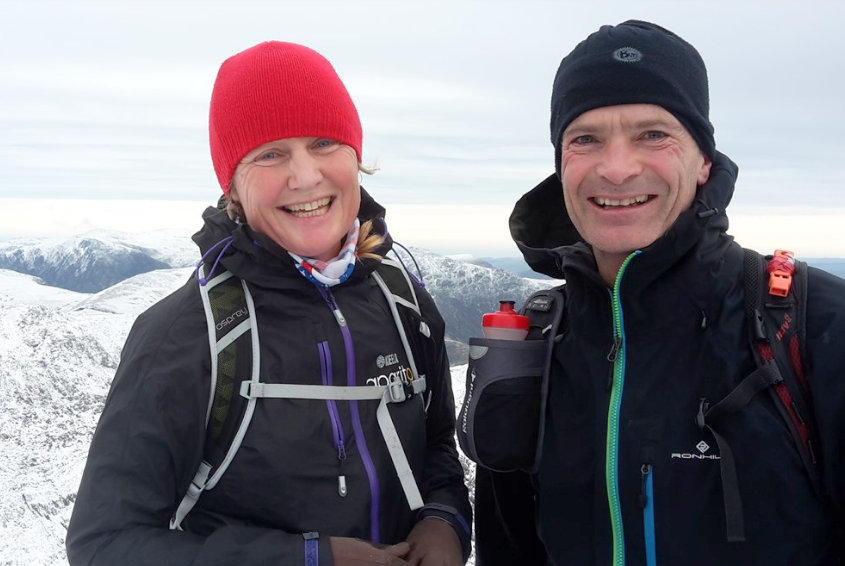 The Barmouth to Fort William Three Peaks Yacht Race is one of the oldest and most demanding challenges in the sailing and adventure sports calendars. The race began in 1977 and this year celebrates its 40th anniversary event, but Pip Hare and Charles Hill will try something never attempted before, the first double-handed entry.

The race is a daunting challenge under any circumstances, requiring teams to sail up the west coast from Barmouth to harbours close to the three highest peaks in Wales, England and Scotland, then run to their summits and back. This normally requires a team of five, three crew and two mountain runners, who race non-stop, but Hare and Hill will try to complete all of the sailing and all three runs with just the two of them!

The sailing distance is around 389 miles and the hazards of the passage include sand bars, the passage of the rocky Menai Strait, numerous tidal gates, and shallow harbour entrances, and there is even a whirlpool to beware of!  It is demanding coastal sailing and the weather could be anything from gales to calms, during which teams man the oars.  It is often both during the same race!

For the runners the challenge is to run up and down Snowdon, Scafell Pike and Ben Nevis from the coast.  They will be on the mountains in the dark some of the time and will cover 72 miles of running and 14,000 feet of climbing, plus 26 miles of cycling in the Lake District.

Hare, who has won line honours in the race twice said; “The idea of a double handed entry has been going round for a while and following our 2016 success I really started to think it could be possible.  Immediately after the race I was sailing with Charles (who had been a runner on our 2013 entry) and mentioned the idea. He immediately volunteered as co-skipper so things became real.

The pair set about writing a proposal to the race Committee on how they would tackle the challenges of the course as a team of two, then devised a one year training plan, drawing from their own success’ in fell running (Hill) and Ocean racing (Hare).

“Preparation for an event like this is everything,” remarked Charles. “We are running each of the land routes in its entirety before the event as well as sailing across the Atlantic together. We will need to work closely together through the whole race and it has been a great opportunity to train each other in our different disciplines.”

“This is a world first and there is no question double handing this race will be the toughest thing I have ever done”, says Hare. “It’s going to absolutely push my boundaries of endurance and performance to the limits.  I think the hardest moment will be getting through the Menai Straits. We will have sailed for 12 hours from the start, then run a 24 mile course up and down Snowdon – knowing we have to get back on the boat and start sailing again will be a huge mental hurdle.”

The duo will be racing on the J109 ‘Nunatak’ and supporting the ‘Fairlight School Big Playground Adventure’ during their race. This is a project raising funds to provide a much needed outdoor facility for children who may have little or no access to the outdoors in their home environments.  Hare said, “Access to the outdoors has been an integral part of achieving my goals through life and given me some of the happiest moments. The Big Playground adventure will enable some children to play and learn safely outside for perhaps the first time in their lives and I cannot think of a more appropriate cause support.”

The pair will be on the start line alongside 13 other entries, including several past race winners and the defending ‘Kings of the Mountains’ (Alex Pilkington and Pavel Paloncy).  Paloncy, from the Czech Republic, is one of several international entrants and the competitors range in age from 21 to 72 and will sail a variety of boats (with the overall winner declared under IRC handicap).