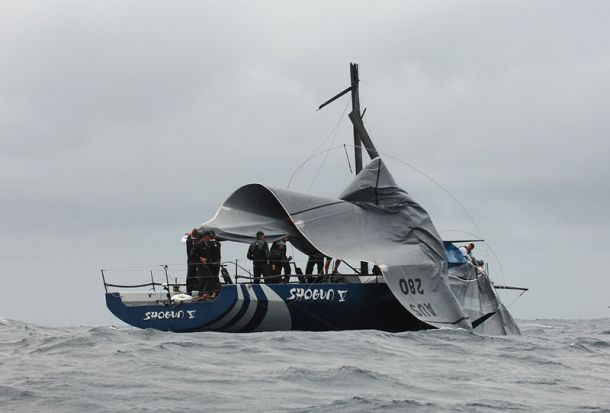 A broken mast is undoubtedly one of the worst fears of any sailor. Over the past three years Pantaenius Insurance has received multiple claims linked to failed rigging and masts. What is saddest about these stats is that the cause was generally the failure of a small inexpensive part. In these cases, the damage to the vessel could easily have been avoided and the owner's no claims bonus would still be intact.

Among the causes were worn out shroud attachments, bent split pins, a pin in the chain plate that was too small… all parts that in most cases would only cost a couple of dollars to replace, to make the rigging safe again.

There were some cases where specialised knowledge would have been required to identify the weaknesses, but more predominantly a lack of basic maintenance caused the damage to the mast and its components.

There is one thing we know for certain, doing nothing is definitely the worst possible solution. A broken mast will in most cases ruin the entire rigging and sails, and can cause serious damage to the hull and deck, as well as be the cause of injury and even death in the a worst case scenario.

Subjecting the rigging to a thorough visual inspection at least once a year is recommended. Detailed visual inspections can often reveal various defects, with the checking of pins and cotters often illuminating a need for replacement.

Although corrosion and hair cracks are usually easy to detect, if it is unclear how serious the damage is, or how you should correct it, consulting a professional rigger is always the best option.  It is also worth noting that one of the major things experts advise against for securing your standing rigging is the use of split rings.

Our advice for all sailors is to commission a rigger to conduct a rigging check at regular intervals. The rigging of a regatta racer or a sailing yacht used for long trips is certainly subject to more stress than yacht used for weekend cruises, so these intervals will depend entirely on the usage of your vessel in conjunction with the material the rigging is made from.

Lastly, the correct rigging adjustment and trimming are another crucial element. For example, insufficient shroud tension can reduce the life expectancy of the rigging because of excessive movement and vibration which may permanently damage the rigging.  If you are unsure of what’s required, the manufacturers of the vessel and mast generally provide extensive instructions on rigging adjustment and trimming or alternatively you can speak to a trusted expert.

Owing to the number of claims for failed rigging, Pantaenius, like most insurers, now requires a rigging inspection and production of a certificate from an accepted rigger.

Look at it this way. The more Pantaenius clients do the right thing regarding boat maintenance, the fewer claims they will need to make. And fewer claims mean lower premiums for everybody.