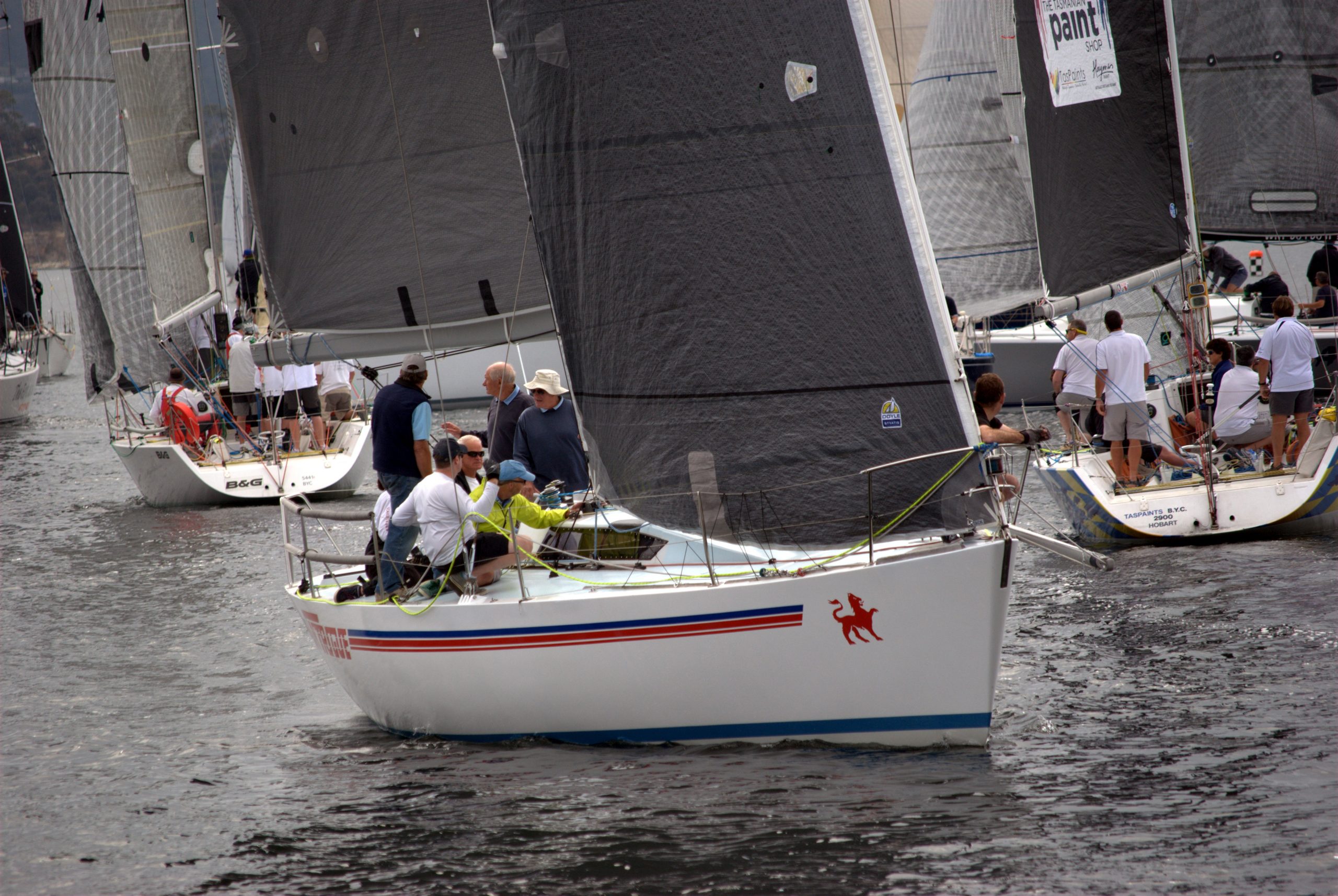 Hobart yachtsman Don Calvert gave himself an early 82nd birthday gift on Saturday with a convincing double win in his 33-year-old yacht Intrigue in the Combined Clubs pennant race on the River Derwent. Calvert skippered Intrigue to first place on corrected time under both the AMS and IRC rating categories, continuing his remarkable success in a variety of racing on the river that goes back 65 years.

The Royal Yacht Club of Tasmania veteran will celebrate his 82nd birthday next Tuesday, but there was plenty of celebration back at the club after yesterday’s long day race.

Oskana, Mike Pritchard’s Cookson 50 gave a fine exhibition of power sailing in her final race before the Rolex Sydney Hobart but a freshening south-easterly breeze favoured the smaller boats on the spinnaker run upriver to the finish.

Among Calvert’s crew were two sailors, Elson Kiddle and Rob Horne, who “have completed their apprenticeship sailing me… 30 years each,” said Don, paying tribute to his “fantastic crew.”

Calvert invited Kiddle to steer Intrigue up the river on the final spinnaker run, in recognition of his long service as a crew member that goes back to when Intrigue represented Australia at the Admiral’s Cup, and beyond.

Calvert steered Intrigue to an excellent start in Group 1, sailed into Sandy Bay and then tacked across to the western shore where they picked up a fresher easterly breeze. “That gave us a good start and the freshening helped the finish,” he added,

B&G Advantage also won Group 1 (PHS), her overall performance yesterday an indication of how she will go in the upcoming Riversdale Estate Wines Launceston to Hobart. In Group 1 (PHS) B&G Advantage won from TasPaints and Intrigue.

Peter Alcock’s Mottle 33 Kindred Spirit scored an outright win in Group 4 outsailing the fleet to take line honours by more than half an hour and winning on PHS handicap from Free ‘n Easy (Rob Jones) and Wayatih (Allan Morgan).