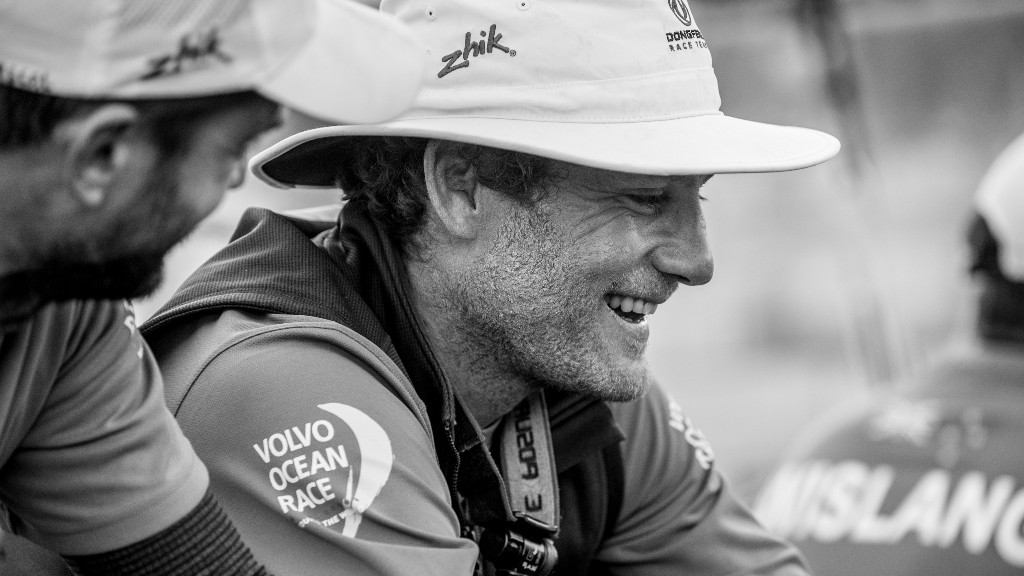 The celebrations were low-key on Charles Caudrelier’s Dongfeng as the Chinese red and white Volvo Ocean 65 crept across the finish line to claim a valuable third place in Leg 1 of the 2017-18 Volvo Ocean Race today.

Third place on the 1,650-nautical mile leg from Alicante to Lisbon may not have been what Caudrelier had in mind when he set sail with his well-drilled mixed male and female international crew seven days ago.

But given that the boat had slipped to seventh and last place at one point during the early stages of a leg that saw everything from 30 knots to flat calms, getting up to finish on the podium behind leg winner Vestas 11th Hour Racing and second-placed MAPFRE, was a good result.

An exhausted but happy Caudrelier congratulated his team on what he called a “good effort” minutes after Dongfeng docked at the official Race Village in the Portuguese capital.

The Frenchman revealed that he and his crew had to contend with a series of setbacks including two collisions. “We had a very good start and a very good first afternoon with good speed, but we hit something at the end of that day and after that we had a big problem with the speed,” he said.

“Everybody came back on us and passed us on the left and the right. We were quite slow and after that we started to make bad decisions because when you are slow it does not always make you clever.”

Caudrelier added that in the critical hours after exiting the Gibraltar Strait Dongfeng had another collision, this time with a big fish which required the crew to back the boat up to free it from the keel.

Dongfeng Race Team will return to the racecourse for the Lisbon In-Port Race on Friday, November 3rd, followed by the start of Leg 2, from Lisbon to Cape Town, on Sunday, November 5th.