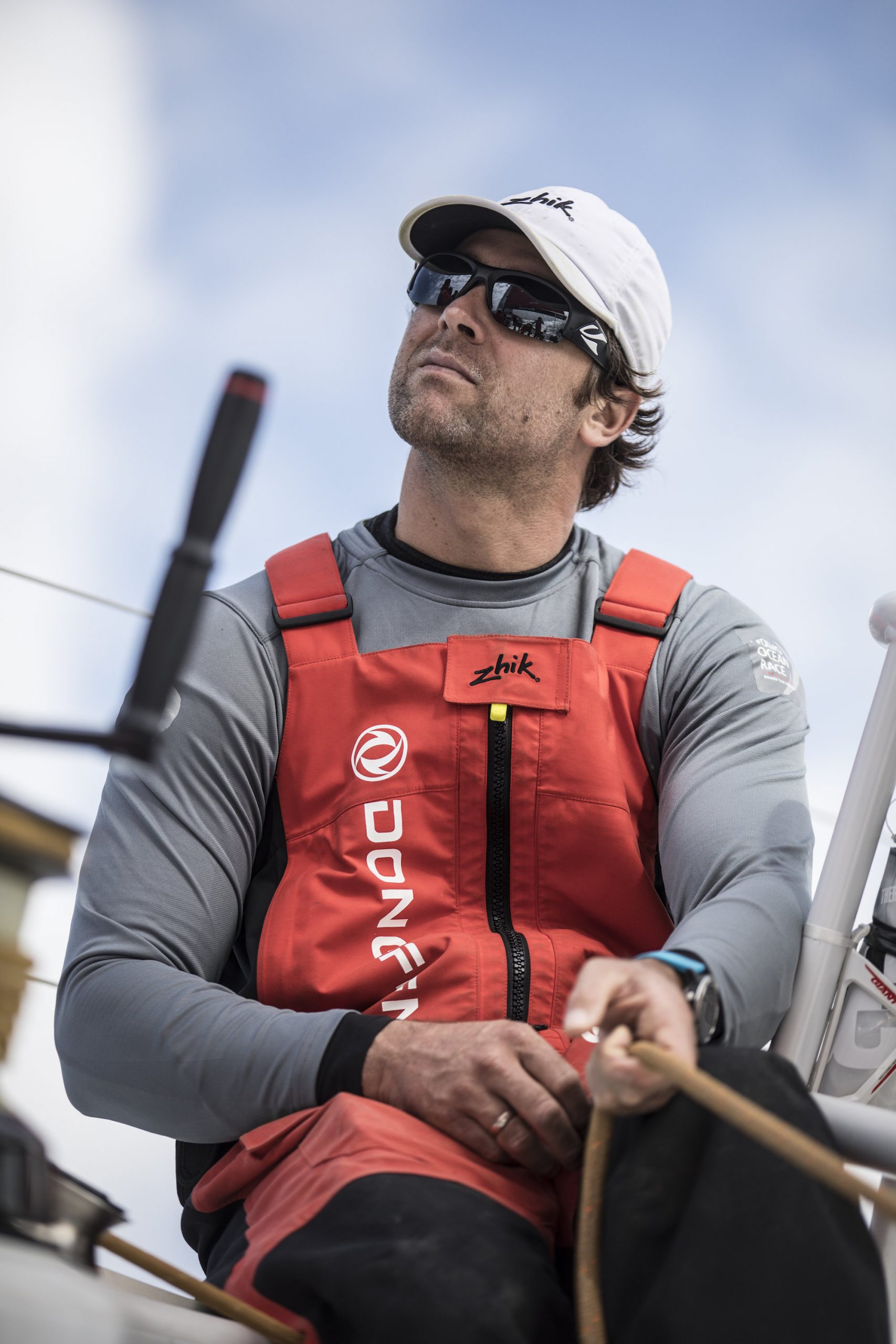 Gosport UK – Along with their six rivals in the 2017-18 Volvo Ocean Race, Dongfeng Race Team will line up for the Rolex Fastnet Race on Sunday which promises to be a thrilling battle between crews preparing for the round-the-world marathon.

The 47th biennial Fastnet forms the second part of the VOR Leg Zero series and follows a Round the Island (Isle of Wight) sprint on Wednesday. At 603 nautical miles, the Fastnet will be the first chance for the teams to test themselves against each other over several days at sea.

“Going into the Fastnet we are expecting a pretty tight battle between the fleet,” said Daryl Wislang who knows this will be a hard few days aboard the Chinese red and white Volvo Ocean 65 skippered by Charles Caudrelier and sponsored by Dongfeng Motor Corporation.

“The last Volvo Ocean Race involved close racing for each leg and, after sailing 6,500 miles for example, boats were still finishing within 10 minutes of each other. I don’t see why the Fastnet is going to be any different.”

Setting sail from the Royal Yacht Squadron line off Cowes on Sunday at 12.40pm (local time), Dongfeng and her rivals will make their way along the English south coast to Land’s End and then head across the Celtic Sea to the famous Fastnet Rock off the southwest coast of Ireland, before returning to finish at Plymouth.

This year’s race looks likely to feature a long windward stretch for the boats almost all the way to the Fastnet and then a fast downwind return leg to the finish. Along the way navigators will have their work cut out as the crews make their way past the great headlands of the English south coast, taking care to make the best of the tide.

Chinese sailor Chen Jinhao, also known as Horace, has no illusions about how hard the Fastnet will be. “It’s not an easy race,” said the 25-year-old from Schenzhen in China who will sail as bowman on Dongfeng. “Everything will need to be quick and fast and we need to make sure we are making quick and strong decisions.”

He sailed in the last Volvo Ocean Race, when Dongfeng finished third overall, having had to learn the ropes almost from nothing.

“This is the first time that I will race in the Fastnet and I am excited to see the famous rock,” he added. “Back then, I didn’t really know what to expect and had to wait for instructions before each move. Now I know exactly what’s coming next and I am more relaxed and I can concentrate solely on doing my best.”

Dongfeng will sail the Fastnet with two female crew in Carolijn Brouwer and Marie Riou. Riou is ready to go. “I am looking forward to getting back out there,” said the four-time Nacra 17 class world champion.

“I am really excited to be on the start line on Sunday. It will be my first time on the course and I have heard lots about this race and it looks like the weather will be good,” she added.

Skipper Caudrelier believes the field is quite open and that the Spanish team which won the Round the Island Race is a tough competitor.

“It is completely different from before, as even if teams start late, we have four or five teams with great sailors on board. MAPFRE is the big favourite; they have done four or five editions together and have a fantastic spirit which can be a key point. They proved in the Round the Island Race on Wednesday that they are strong,” Caudrelier said.

This year’s Fastnet, which was first sailed in 1925, features a huge fleet of some 375 yachts sailed by more than 3,000 people from 29 nations with 164 crews from outside Britain.