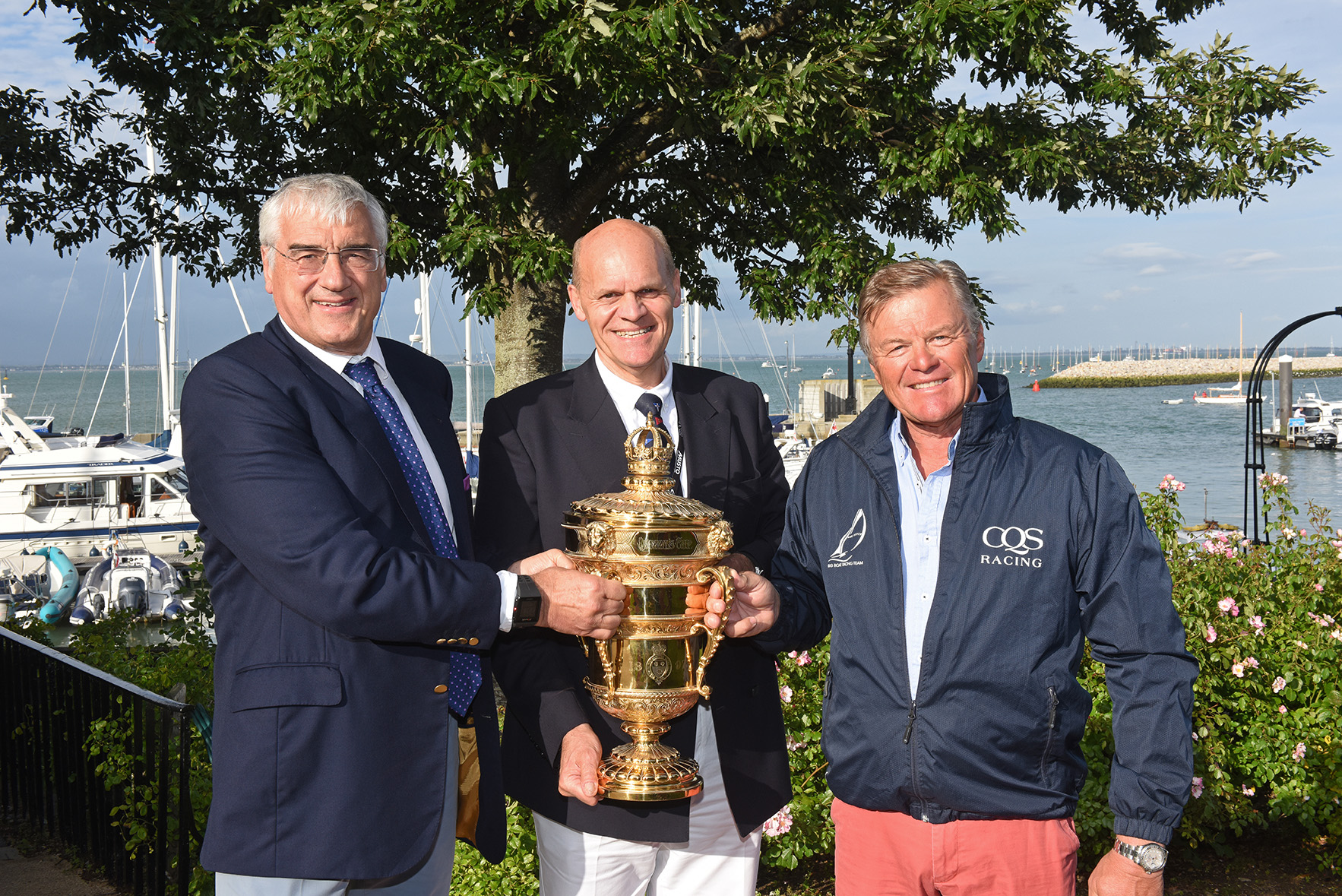 Cowes, Isle of Wight:: Ludde Ingvall’s CQS picked up the prestigious Queen’s Cup for the maxi racer class in the event at the end of the Triple Crown series in Lendy Cowes Week, the 120 year-old gold trophy presented by the Royal Southampton Yacht Club,.

The skipper was thrilled to receive the trophy: “We’ve been coming here for many, many years and have always suggested Lendy Cowes Week should create racing suitable for deep draught boats,” Ingvall said.

“We shipped the boat from Australia to be here, and this event – the world’s premier regatta – has been fantastic.”

The heavy weather series has proven to be a great warm up event for the Rolex Fastnet race, which starts on Sunday 6th August off Cowes.

Ingvall is a previous line honours winner of the Rolex Fastnet race, but hasn’t contested the ocean racing classic for a few years, and will face stiff opposition from some of the other maxis and super maxis.

Sir Michael Hintze, chief executive of CQS, who was on board the boat for Wednesday’s challenging race around the Isle of Wight, will also be on the crew for the Rolex Fastnet race.

After receiving the Queen’s Cup with Ludde, Sir Michael commented, “wow, what a trophy, there really is a lot of history in this cup, not a bad start.”

The CQS team will have a final shake down sail on the Solent on Saturday in their preparations for the Rolex Fastnet race.