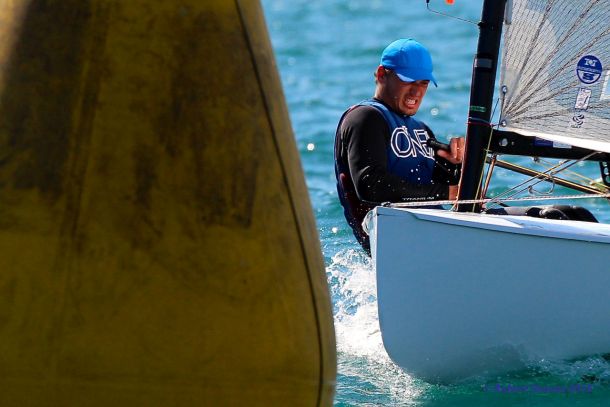 The Dinghy Academy in Valencia was established in 2013 by 2000 Olympic Finn silver medalist Luca Devoti as a way to develop the skills of aspiring Olympians in a group training environment. It receives a range of funding including support from the International Finn Association through its development programme, FIDeS, which aims to support specific sailors from developing nations.

From 12-14 March, 22 of the sailors who are using the Dinghy Academy as their training base took part in the Open Internacional Vela Olimpica, organised by the Real Club Nautico.

The event featured some extremely close and competitive racing in light to moderate winds with a truly international field of sailors from 11 nations. It was convincingly won by Zsombor Berecz (HUN) from Alican Kaynar (TUR) and Alejandro Muscat (ESP). The fleet was so close there was a different winner in all six races. Alejandro Foglia (URU), a recipient of a Finn class development funding, won only his second race ever in the Finn. As well as Berecz and Kaynar, top sailors Vasilij Zbogar (SLO), Josh Junior (NZL) and Giorgio Poggi (ITA) also won races. In each race, there was lots of position changing behind them, but in general the race winner led from start to finish.