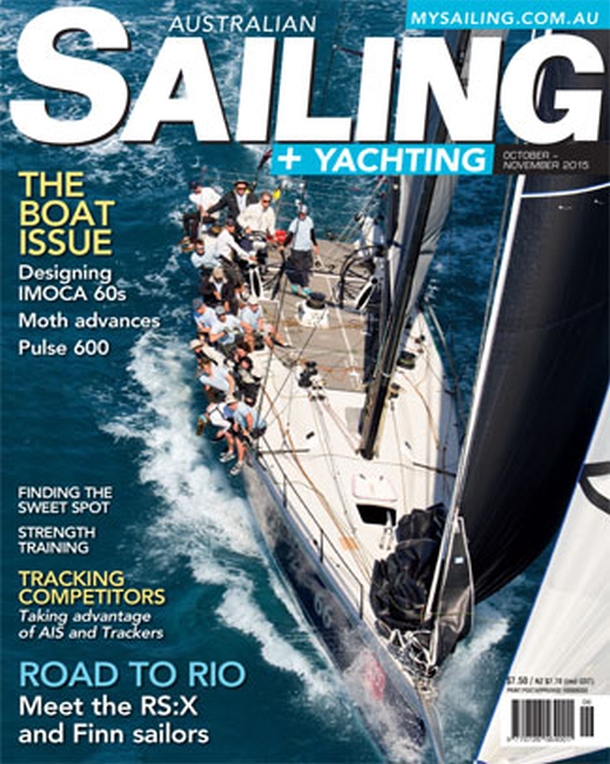 Have you seen the footage of the new Gitana flying (see below)? Six new IMOCA 60s have been launched, including Gitana, and we have a report by Simon McGoldrick on how the new semi-foiling boats were designed. Six new boats and one designer, how did they not spill any secrets?
We also have a look at the Finn and RS:X sailors on their road to Rio. There is less than a year till the games and still a lot of work to do.
There is also a test of the new Corsair Pulse 600 multihull and the Dehler 46. Dario Valenza tells us about some of the work that has been going on in the Moth class and Ross Vickers explains how to take advantage of AIS and trackers when racing.
We have some of the best pictures from Airlie Beach, Hamilton Island and Magnetic Island race weeks as well.
There is also some advice on getting your body ready for the season from Michael Blackburn and Andrew Verdon.