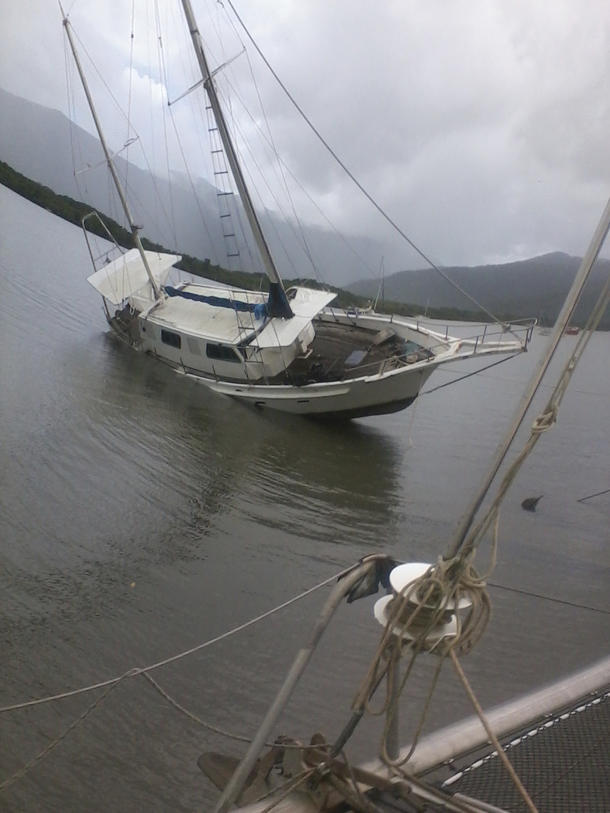 I was recently contacted by an acquaintance for advice on having his yacht delivered from North Queensland to Brisbane. This got me thinking that there are probably owners out there who do not know how to choose a good skipper.

I have some insight into the matter as I am a commercial master and have done many deliveries over the years. For the sake of simplicity I will be politically incorrect at times and refer to “he” or “him” but that does not mean that I do not think female skippers can do the job. Far from it.

There can be many reasons why you as a yacht owner may not wish to deliver the yacht yourself, including: lack of time; it is a new boat, perhaps secondhand but ‘new’ to you; you are unsure how the yacht handles; or you are a new yachtie and do not feel confident yet.

Choosing a competent skipper should not be difficult, but it often is.

There will, naturally, be many owners who are certainly capable of delivering their own yacht or who know people with the experience to bring their vessel safely to its destination, but this article is not aimed at them. It is aimed at those less confident.

It can be a minefield trying to find just the right person, someone who will look after your precious yacht; someone who will not treat the delivery as an opportunity for a cheap holiday or push the vessel beyond its limits to prove his own prowess.

There are always people out there who will happily deliver your boat but where do you start? Have you checked out the marinas and boatyards? Looked at the ads on the boards?

By wandering around these places and talking to boaties you may find someone prepared and capable of doing the job. Internet sites such as Gumtree may have ads posted by eager sailors. You could also post a ‘wanted’ ad yourself.

Once you have some names, ask around about their reputation and experience. It should be quite obvious which ones know what they are doing.

There are websites such as Crew Find where mariners register looking for work. You will not be getting something on the cheap but you have a better chance of finding someone with experience and a professional manner.

So how do you make your final decision? Do you take the first one you come across? The cheapest? Or, do you select a professional?

I certainly would not suggest choosing the very first person to offer. They may, in the long run, turn out to be the best but keep your options open until you have checked all avenues.

Friends may offer to shift your boat. They are certainly eager and the best part is that they’re not going to charge you. Sounds great but do they have experience? Have they done long passages before? As much as you like them, do you really trust them to be able to handle your boat?

Do not be scared to say “thank you, but no thank you.”

Some years ago, one of the young backpackers crewing on a delivery suggested that she could take over as skipper if I needed to return home. She had no experience whatsoever on boats except for the few times I had put her at the helm, certainly no navigation experience, but still believed she was capable of taking charge of the boat.

Keep in mind that there are sailors who have either learned a lot or learned very little in their years on the water. One thing I have learned over 30 years sailing is that time spent ‘on the water does not always add up to experience. Recently, someone boasted how he had been ‘on the water’ for fifteen years, but his boat for most of those fifteen years, had just been berthed in port.

On the other hand, some sailors whose private boats do not move often may be driving charter boats or delivering other people’s boats, doing what they do best. So you cannot assume that because the boat itself has not been active that the owner is not experienced.

To work yourself through this maze you need to ask lots of questions. Sit down and chat to applicants. If you do not have experience yourself take along someone who does. Ask about their trips. Do their stories include repeated ones of accidents? Everyone can have some bad experiences but if theirs are all bad perhaps you should wonder why.

Where have they sailed to? Was it in their own yacht or someone else’s and were they the skipper? Or did they just go along for the ride while someone else made all the decisions and had all the worry?

How do they handle their own yacht? Are they competent, or do they have lots of problems? Do they run aground regularly? Do they always hit the dock too hard? Do they get into a flap when something goes wrong? Or are they calm and patient, sorting out difficulties easily without panicking?

If the skippers continually pat themselves on the back and wax lyrical about how experienced they are, take what they are saying with a grain of salt. Perhaps they’re being perfectly honest and may be the ideal skipper for you but before making a decision talk to previous customers. Ask how they feel about their choice. Were there problems? Was the boat in good condition on arrival? Did the skipper run a ‘dry boat’ or did he load it with liquor for the trip? Being under the influence while driving a boat is no different, legally, to driving a car while intoxicated. The last thing you want is a drunk taking your boat to sea.

Listen to talk on the waterfront. When you hear that Joe Blogs and his mate delivered someone’s newly purchased yacht for little or no cost, before you rush off and hire them ask the owner whether the trip was direct and reasonably fast or did these chaps wander off the course to visit the best reefs on the way, taking weeks to cover what should have been a three day trip. Of course, bad weather could have played a part in holding them up so check that out, too.

Having personally known many delivery skippers, I have to admit that it can be difficult to weed out the good from the bad. There are yachties with no qualifications but who have thousands of ocean miles under their belt, giving them a vast knowledge base and excellent experience. They will take care of your vessel as if it is their own. They will not push the boat but will baby it to its destination. They may not have qualifications but I would put my life and my boat in their hands before I hired some so-called qualified skippers.

There are, of course, many qualified masters who do an excellent job but there are some who I would not ask to look after a child’s toy boat. For example, I met a commercial skipper recently who told me that he had never used a compass. You also should check whether the commercial skipper has sailing experience. Many do not but drive yachts like powerful motor boats.

Then there is the issue of cost. Some people charge nothing. Certainly, there may be sailors who simply love the opportunity to sail; however, the serious delivery person will need to cover his costs and time, especially if he has to take time off work to do it.

I am often asked to do deliveries but people do not always understand that if I accept the job at a cheap price, I could miss the commercial job where I would be paid a lot more and which would give me the commercial sea time that I require to keep my ticket. Remember to take into account the hours involved in a delivery, the professional skipper could probably earn more working at 7-Eleven without any of the risks.

Others may request a small payment, it is usually by the mile but sometimes by the day. It may seem cheap but how cheap is it if the skipper is willing but inexperienced and damages your boat in the process?

I know of boats that have been totally destroyed because of a mistake by an inexperienced or incompetent skipper. Would you be covered by insurance in such an event?

Some masters’ quotes may appear expensive but how much would you pay for experience and professionalism and the knowledge that your boat will be in good hands?

Several years ago I was asked to quote on delivering a racing yacht to Africa. Given the nature of the delivery and the proximity to pirate grounds, I would not consider doing it without a crew of professionals who knew what they were getting into. I selected my crew for their mechanical and sailing expertise.

My quote was considered too high and the owner chose to go with volunteers. The boat never made it. The crew were rescued but the yacht went to the bottom, possibly due to not having checked for damage after a recent grounding.

Do not forget when discussing payment that on top of the skipper’s fee, you must cover other costs such as fuel and travelling expenses to or from the boat. If it is a long trip, the skipper may need another crewmember, especially if they are expected to run straight through. In this case, the second person should have travel costs covered at the very least.

Once you have chosen your skipper you might decide that you want to go along on the trip. If you opt for a professional he is, to all intents and purposes, the captain. He has the final say on everything and you are there just as crew. You might be the owner but there can only be one skipper on any boat. If you try to override him, you might find yourself without a skipper at all.

Remember also: just as you will be checking out the skipper, so will a good skipper be checking out your boat. He does not want to find he is sinking in the middle of the ocean because a stopcock has rusted off and the EPIRB and radios do not work.

With the popularity of buying inexpensive overseas boats you should be aware that some of them are not what they appear to be so it is not unusual for a Master to insist on being flown to the boat to check it out first. While some owners will argue that a surveyor has already checked it out you should know that some of these surveys have been found to be inaccurate, with the surveyor working for the seller, not the purchaser.

In the case of overseas boats a delivery skipper may advise you to use a shipping company like Dockwise. Quite commonly they will agree to take it to the ship for you and pick it up at the other end. This was my suggestion when approached about delivering a boat from the Great Lakes to Vietnam.

A ship can be safer, especially if going through areas known for pirates, e.g. the waters near Somalia and the coast of Africa and could possibly end up being much cheaper in the long run. Sometimes it is not worth the delivery skipper’s time or your money hiring someone.

I hope that I have been able to guide you through some of the confusion and that if the need arises you have a better idea of how to select a suitable skipper.