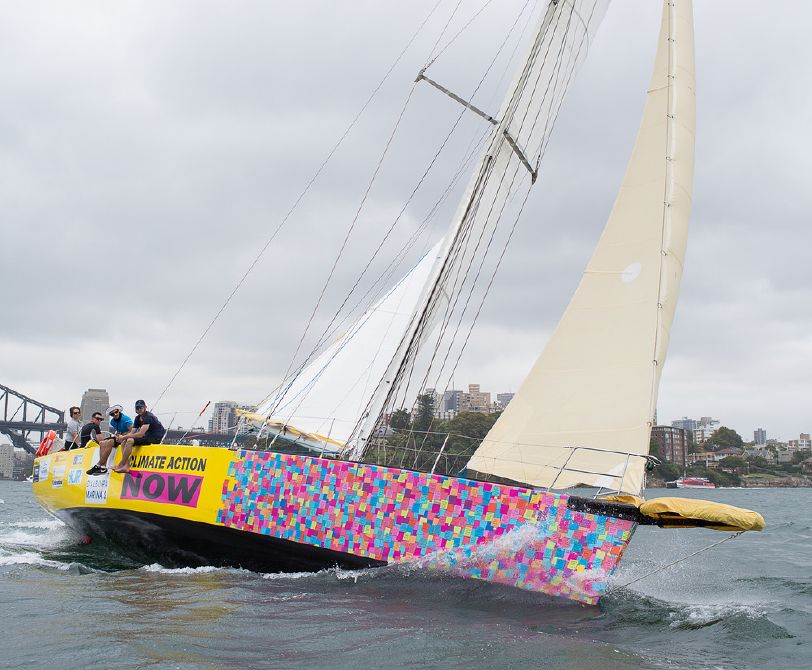 The discovery comes ahead of her scheduled departure today (15.01.17), from Albany, Western Australia on her World Record attempt to circumnavigate Antarctica solo and unassisted.

Because the circumnavigation is expected to take three (3) months and does not permit land stops, personal contact with another person, or assistance of any kind, a decison has been made to delay the departure until later in the week to ensure that the vessel meets the strict safety and operational requirements.

“We are constantly checking and rechecking. Whilst a delay is disappointing, I need to feel confident that Climate Action Now is in the best condition, that all equipment is performing well and that my safety is not compromised. Said Lisa.

We will carry out repairs or replace some equipment early this week and I hope to set off in the next few days”, she said.

Lisa Blair, 32, intends to become the first woman and only the third person in history, to circumnavigate Antarctica. Her voyage will also attempt to break the time record held by Russian Fedor KONYUKOV set in 2008.

There is no further information available at this time. The revised departure date for Lisa Blair aboard Climate Action Now will be provided once confirmed.