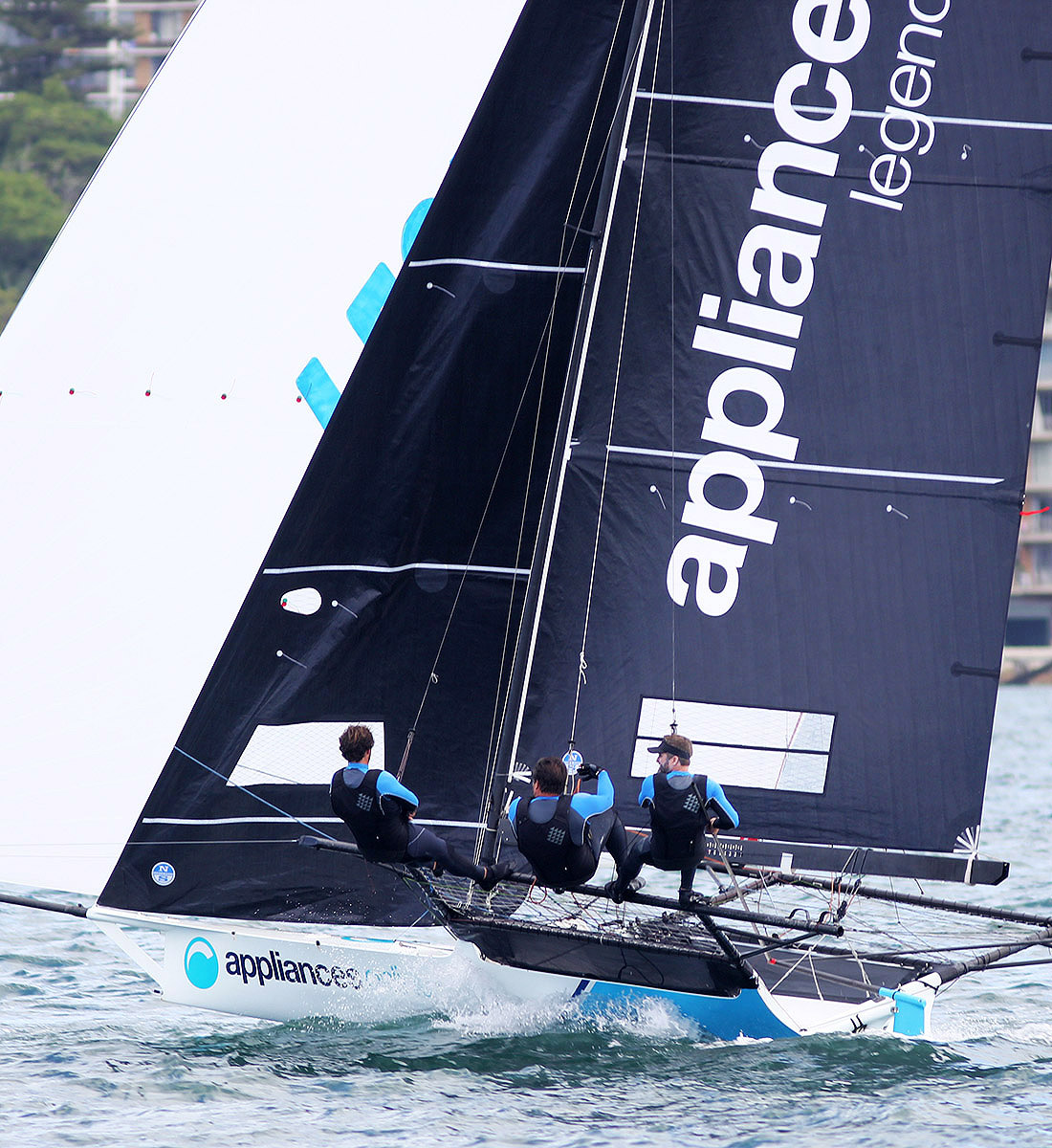 The defending champion Honda Marine team of Dave McDiarmid/Matt Steven/Brad Collins showed that they will be hard to beat again this year when they scored an impressive win in Race 1 of the Winning Group JJ Giltinan 18ft Skiff Championship on Sydney Harbour today.

In a controversial start to the Championship, two of the leading contenders, Asko Appliances (James Dorron) and ASCC (Josh Porebski) were recalled for an OCS start.

The race was sailed in a 10-15-knot north-easterly breeze with all crews electing to use their bigger No. 1 rigs.

After a close race to the windward mark amongst the leading four or five teams, Winning Group held a narrow lead over Honda Marine, as spinnakers were set for the run to the wing mark off the southern end of Shark Island.

There was little between the two skiffs for the entire downwind run, and only 10s separated the top pair at the bottom mark off Clark Island, where Honda Marine had gained the lead.

Smeg was in third place at the point, followed by Birkenhead Point Marina and R Marine Pittwater (Simon Nearn).

On the following windward leg back to the Beashel Buoy, Honda Marine and Winning Group elected to sail entirely different courses, where Honda Marine had increased her lead to 32.

The New Zealanders increased the margin to 45s after the long spinnaker run back down the middle of Sydney Harbour to the Clark Island mark and from that point the result wasn’t really in doubt.

Encouraging performances came from the Birkenhead Point Marina team and the German team, Marinepool (Heinrich vonn Bayern), as well as R Marine Pittwater, which was in the top four placing until midway through the race.

Live streaming coverage at: https://www.18footers.com.au/18-footers-sailing/18-footers-tv/ will feature pre-race interviews, which will go to air at 2.15pm. The full race coverage of each race will commence at 2.30pm and will feature a variety of guest commentators, including Peter Shipway on Sunday. A full replay of each race is also shown at the same URL.