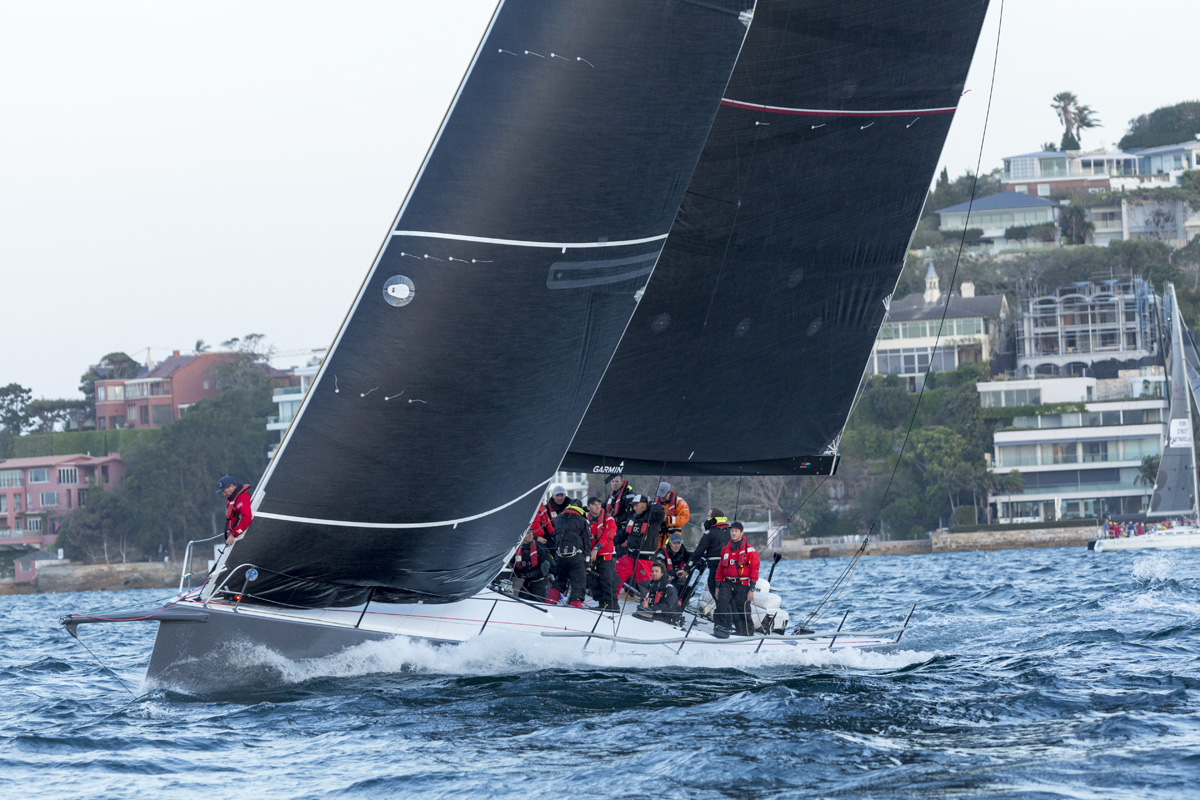 SYDNEY. On only its fourth outing to sea and its first in competition, Matt Allen’s new Botin 52, Ichi Ban, ruled supreme in Race 3 of the Cruising Yacht Club of Australia’s Blue Water Pointscore, the 200nm Newcastle Bass Island Race.

The southerly forecast certainly delivered with the competitors enduring rough conditions through night and day; Arch Rival, Imalizard, Wots Next and Concubine all retired, thankfully without any injuries.

Of the 19 finishers it was Ichi Ban which crossed the line first, in a time of 23 hours 16 minutes and 24 seconds to take the IRC overall win and also top ORCI overall. Rival TP52, Celestial, skippered by Sean Kirkjian, crossed in second with an elapsed time of 1 day 48 minutes and 50 seconds, to finish second on IRC overall ahead of Black Sheep, Patrice and St Jude.

Speaking after the race, Ichi Ban owner/skipper Matt Allen reflected on what he viewed to be an ideal trial for his new boat in the run up to the Blue Water finale in December, the Rolex Sydney Hobart Yacht Race, “It was pretty tricky sailing during the night, there were a lot of wind shifts. When you’re sailing a new boat in your first race, at night time it’s always a challenge but we were really happy that we got a good test of the boat, it really hit its straps on that long windward work.

“The seas half way down from Newcastle were pretty big at times and we certainly found a couple of things that need fine tuning, often we see lighter to moderate breezes in the Blue Water but now we have a long list of things to do to the boat but they’re generally minor.

“Given we’re using an existing rig there’s not that much to learn about it, if you understand the rig and the setup then that’s about half the job already done but of course with the new boat generally there is a lot to learn. We have a good run to Hobart and it’s great to have been tested early.

“It was really exciting, we were really thrilled with the way the boat went and now we’re looking forward to the next race.”

After Race 3 of the Blue Water Pointscore it’s Sam Haynes’ TP52 Celestial which tops the overall series standings on IRC and ORCI, as well as the line honours standings where they lead from fellow TP52, the Andy Kearnan and Peter Wrigley owned, KOA.

Chasing hard in the series results across IRC and ORCI are Noel Cornish’s St Jude and Derek Sheppard’s Black Sheep. In the latest outing, Newcastle Bass Island, it was Sheppard’s Beneteau 45 which got the edge on St Jude finishing third on IRC behind Ichi Ban and Celestial and second on ORCI.

The good results in a tough race meant a lot to the skipper and his team, “It was a tough race but it was the same for everyone. It was a good representative race for the lead in to the Rolex Sydney Hobart.”

“Think it’s fair to say it wasn’t comfortable but the crew were in good spirits considering the conditions. Normally we have three Tasmanians but for this race we had four so think that they must have brought the weather with them!”

Our aim is to perform as best we can as a group of amateurs. As the years go by you get a better understanding of the elements which are most important in Ocean racing. We have a good mix of crew, girls and guys, more and less experienced. The key for us is having a bit of fun and that’s all working well.