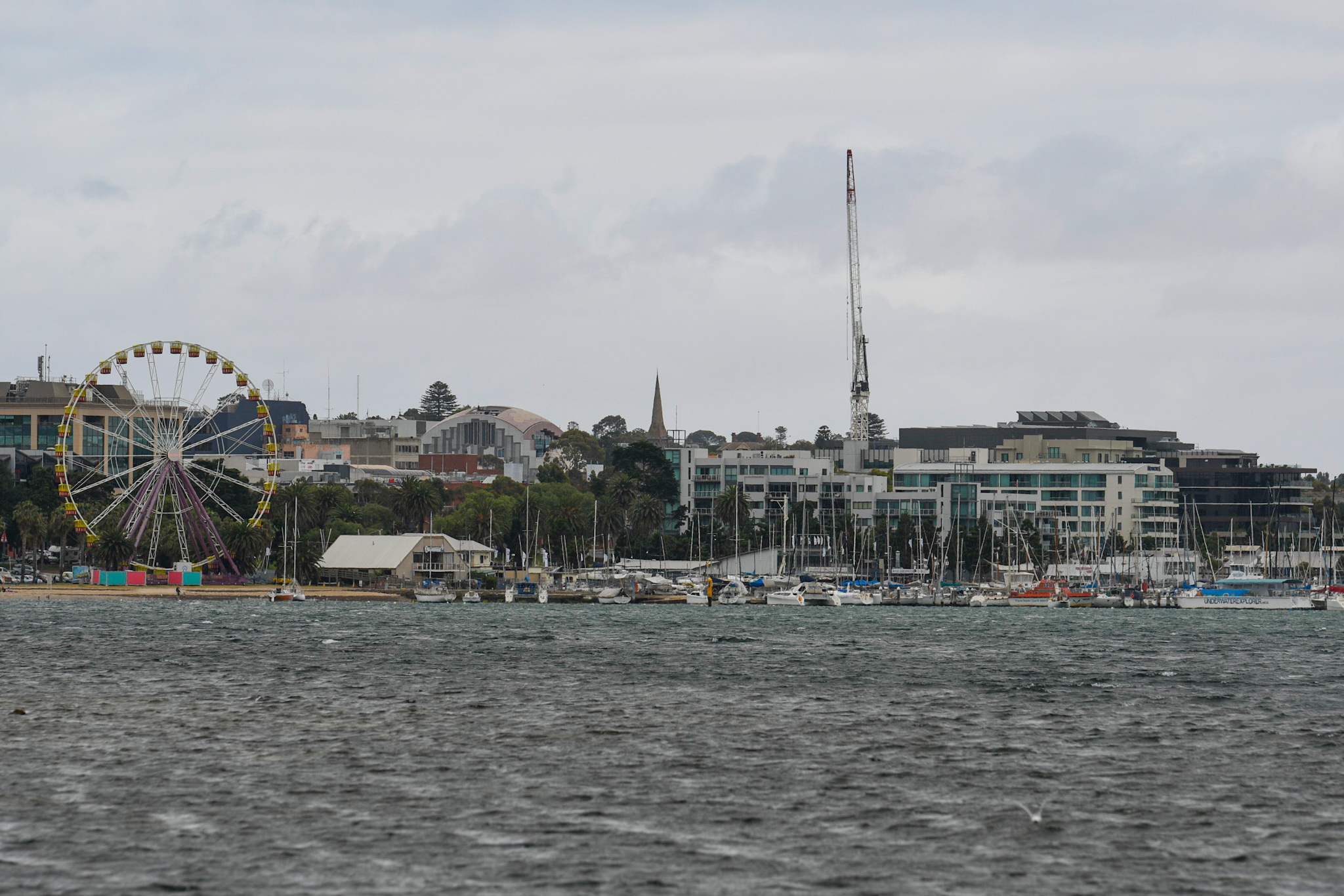 A second day of high winds confined Viper Worlds crews to another long wait at the Royal Geelong Yacht Club in Victoria, Australia, before the decision was made at 1500hrs to postpone racing until Sunday January 15, 2017, the final day of the world championship.

These worlds have become a waiting game and two days removed from the six day schedule means one final chance to make an impression on the scoresheet, and perhaps tip Jack Felsenthal and Shaun Connor out of the top spot.

From the leaders’ point of view today was another rest day after a hectic Christmas/New Year racing schedule, and they are recharged and good to go tomorrow Felsenthal promises.

Heavy wind gusts of 37 knots late morning did taper off during Saturday afternoon but the occasional bullet in the high 20s put the wind beyond the class’ agreed safe limit, giving race officer Greg Sinclair little choice but to postpone once again.

While waiting at the RGYC the general manager of the family owned Goodall Design, Brett Goodall, spoke about the business and the release of the first production foiling Viper, called a Flying Viper, in the next few months.

Since 2008 Goodall Design has produced almost 300 Viper catamarans and sold these into 20 countries around the world. In keeping with the sport’s foiling movement, particularly after the announcement that the Nacra 17 will be foiling for the next Olympic Games, the next generation of Vipers will be built with the addition of Z foils off the two hulls.

Jake Liddell, who is skippering a Viper at Geelong with Emma Jones as crew, is excited about the development. “I think it’s really interesting, we don’t want to see the fleet left behind. Trialling foiling shows the fleet wants to move forward and keep up with where the world is moving to.

“I definitely like going fast so the speed side is appealing. We are looking for an Olympic campaign in 2024 so any foiling experience will set kids up well for the Olympic boat. Everyone is loving the Viper class, taking that next step into high performance is a good move,” Liddell believes.

Brett Goodall said, “We’ll create a development division within the F16 class to allow for the expansion of foils and see how accessible it is for the bread and butter 90% of the fleet, and make sure it’s safe, then the class will vote in the next 3-5 years on whether to accept foiling into the class proper. It will give us and the other manufacturers the chance to go head-to-head too.”

He and his staff of 12 contract out the fibreglass composite work to a company in Thailand but the rest is Aussie made. The aluminium comes from Australian company Capral and the assembly and fit-out happens at Goodall Design’s Bendigo factory. “We have experimented with offshore production but we find dealing with local suppliers suits us, and the accuracy is a non-issue,” Goodall added.

Racing at the Viper Worlds 2017 presented by Rex Gorell Land Rover is due to recommence at 1100hrs on Sunday January 15 in 10-15 knot winds and as many races as practical will be run to make up for the series shortfall before the new world champions are declared.