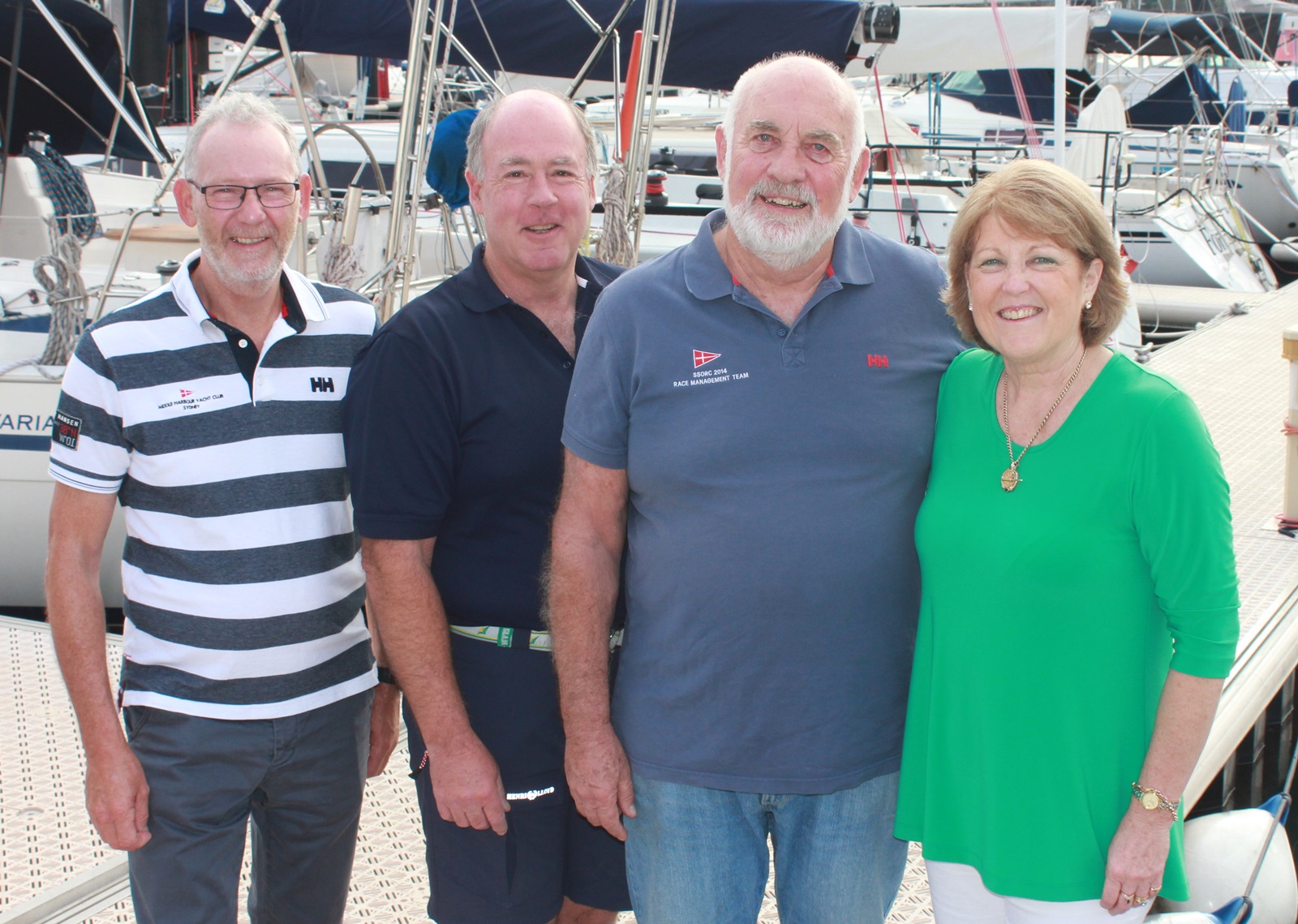 Staley, who was also recently appointed Vice Chairman of the Para World Sailing Committee, started work on Thursday, and it was straight in the deep end, with the MC38 Autumn Regatta held on the weekend.

“David’s background as Sailing Manager and Principal Race Officer at Royal Brighton Yacht Club, as well as various roles with Yachting Victoria over six years made him the perfect choice for the role of Sailing Manager at our club,” MHYC Commodore, John McCuaig said.

In the past four years, Staley filled the role of Sailing Manager and Principal Race Officer for Royal Brighton Yacht Club (RBYC), delivering and overseeing over 600 events from dinghy, to one-design keelboat and mixed fleet keelboat events, inclusive of state and national championships. He also developed the Discover Sailing Centre training programs for Tackers, Dinghy, Keelboat and Powerboat.

He was also responsible for the commercialisation of the Paralympic class SKUD 18.  Through this, he established strong links with the International Sailing Federation (World Sailing), National sailing authorities and key customer organisations amongst other duties.

From 2003, Staley was Acting Chief Executive Officer of Yachting Victoria ahead of being appointed Events & Competition Development and Deputy CEO. His duties involved managing and supporting the event program for the Volvo Ocean Race Melbourne Stopover, inclusive of representation on the City of Melbourne Risk Management Committee.

“I’m very excited to join the team at Middle Harbour Yacht Club. The events I’ve been involved at the Club in the past have all been very enjoyable. The people are friendly and it’s a knockout location,” Staley said. “There’s a lot to take in at the moment, but I’m looking forward to a great 2017-18 season,” finished Staley, who over the years has become a qualified National Race Officer, Racing Skills Instructor, and Basic Skills Instructor and holds a number of voluntary positions in sailing.

And while Staley takes up the challenge of his new role, Roger Wragby leaves to begin a new role as Sailing Administrator with RANSA after more than five years with MHYC.

“This is a great opportunity for Roger. It allows him to continue working on a part-time basis and is just five minutes from his home – no more commuting challenges crossing the Harbour Bridge every day,” MHYC General Manager Karen Baldwin commented. “Roger has been an outstanding employee and has done an amazing job. He has worked extremely hard to ensure a seamless and continuous sailing program for the benefit of our club members as well as our many visiting sailors.

“He will be greatly missed, but we are also thrilled for him to be able to continue working and enjoying his passion for sailing,” she ended.