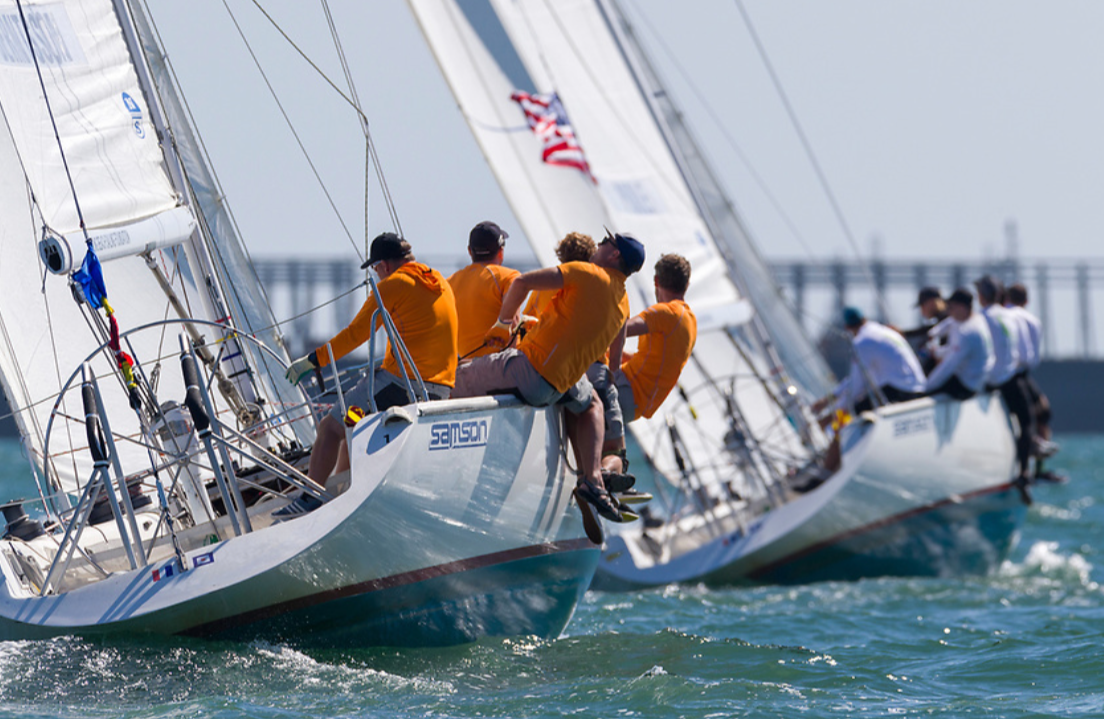 Long Beach Yacht Club has announced the 2022 dates for the prestigious Congressional Cup and Ficker Cup regattas, according to Chair Lisa Meier.

Congressional Cup will commence Monday April 18, 2022 with one practice day, followed by five days of spirited world-class match racing. From April 19 to 23, eight elite invited competitors will battle for the Crimson Blazer, joined by the top two finalists from the Ficker Cup, which is slated for April 13 to 16.

LBYC announced the dates, riding a wave of glory from the 2021 event. After a one-year hiatus due to the pandemic, Congressional Cup racing resumed in mid-September 2021 with rousing success. The regatta had an ‘Endless Summer’ theme and vibe and conditions complied; with sunny, breezy days ideal for sailing and balmy evenings for pool-side mingling.

“2022 Congressional Cup will return to April, with stellar conditions for highly competitive match races between the world’s best skippers and crews!” announced Meier. Congressional Cup has long been considered a gateway to America’s Cup and advancement in the sport, and Meier added, “the 2021 young guns (skippers who had qualified in Ficker Cup) performed well against the seasoned veterans, as they all vied for a shot at the legendary Crimson Blazer.”

LBYC has a warm tradition of hosting visiting officials and sailors, she continued. “We invite competitors from around the world to make Long Beach their home during Ficker Cup and Congressional Cup; and invite the community of Long Beach to watch the action, with great viewing from the Veterans Memorial Pier in Belmont Shore.”

“The Congressional Cup is sailed on the very waters where Olympians will be competing in the 2028 Olympiad,” Meier pointed out. Long Beach has a lengthy history with the Olympic Games: hosting on-the-water events for the Los Angeles Olympics in 1932 and 1984; and the yacht club and community are already preparing to ensure the 2028 Games are a success, she said.

Founded by LBYC in 1965, the Congressional Cup features five days of world-class competition in the waters off Long Beach, Calif. Congressional Cup is recognized as the ‘grandfather of match racing,’ and LBYC further revolutionized the game with the introduction of on-the-water umpiring. One of the flagship championship events of the World Match Racing Tour, the 57thCongressional Cup  will kick off the 2022 WMRT season.

Match racing is thrilling and unique in that it involves competitors racing two by two in identical boats, making each match a test of pure strategy and skill. Skippers try ‘any trick in the book’ to outwit opponents on the water, while on-the-water umpires monitor nearby, to ensure fair play.

And the Congressional Cup is pure excitement for spectators too, with races held directly off the Belmont Veterans Memorial Pier. Contenders skim by so close, onlookers can practically reach out and touch the sails! Viewers can enjoy stadium seating, a refreshment stand, live commentary, and a rare opportunity to experience one of the leading sporting events on the globe, for free.

In the 2021 Congressional Cup, Taylor Canfield (USA) bolted out of the gate to win 16 out of 18 races in the double round robins and advance to the semi finals, where he continued his domination of the event. Capturing his fifth Congressional Cup title made him the winningest skipper in history, as he donned the Crimson Blazer: yacht racing’s equivalent to the The Masters’ green jacket.