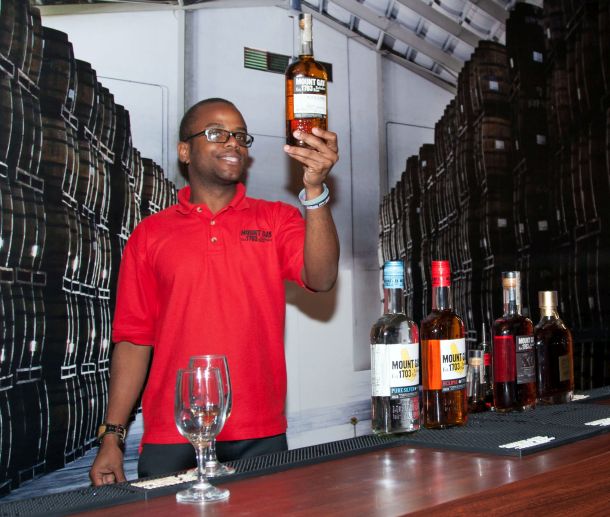 Bridgetown, Barbados (28 January, 2015): Following the success of the Mount Gay Round Barbados Race Series that concluded last week, the dates of next year’s event have been confirmed for 16-24 January 2016.

With overseas competitors from 11 nations representing a large part of the 47-strong fleet overall at the 2015 event, including entries from the UK, New Zealand, USA, Lithuania, Slovakia, France, Poland, Germany, Argentina and many neighbouring islands, plans are already in place to boost the entry further particularly as next year marks the events 80th anniversary.

Organised by Barbados Cruising Club in association with Barbados Tourism Marketing Inc and Mount Gay, this event launches the Caribbean race season. For this reason it is a popular choice for teams wishing to use it as a warm-up for the Caribbean racing circuit.

The event, which offers a mix of serious and fun racing along the beautiful coast of Barbados, is also gaining a lots of interest from owners/skippers of fast racing yachts keen to thrown down the gauntlet for one of the many record-breaking challenges on offer, including the 60-nautical mile, outright Mount Gay Rum Round Barbados Race record traditionally held on 21 January. The record currently stands at 4 hours 42 minutes 28 seconds, set by Andy Budgen and team on the British VO70 Monster Project in 2014.

There are also 13 other records up for grabs, including multihulls, windsurfers, and J/24s, all of which offer the skipper’s weight in Mount Gay Rum as a prize, if broken.

In addition to the headline event – the Mount Gay Rum Round Barbados Race – there are three days of intense coastal racing, plus a hugely popular rum-fuelled party scene every night at either Barbados Cruising Club (host club) or Barbados Yacht Club a few strides along the beach. The final prizegiving/dinner is one of the only social events not on site, but its location at the exotic Beach House is well worth a 25 minutes journey up the scenic west coast.

For those keen to embrace the spirit of the island, the lay day activities include a free coach trip to Bridgetown for a tour/tasting session at the Mount Gay Distillery, plus specially laid-on exhibition polo match at the famous Holders Polo Field, at Holetown, St James.

Another incentive for those sailing north is the concluding 300-mile feeder race to Antigua organised specifically to link up with the Superyacht Challenge.

Howard Palmer – Chairman of the Race Committee – commented on the regatta: “From superyacht to windsurfer, from parties to polo, the 2015 event was great and seemed to resonate with all our competitors, who I know will return. Our aim is to make this race series very special and to expose all competitors, their friends and families to a unique experience.

“Next year will bring perfect conditions for racing, plus the opportunity to visit some of the island’s biggest attractions including the Barbados Concorde Experience, which offers visitors a chance of a tour around the BA Alpha Echo aircraft. What other regatta in the world could boast great sailing, polo ponies and supersonic travel?”

About the Mount Gay Round Barbados Race Series

The first recorded race round Barbados was in 1936 when five trading schooners (Sea Fox, Mona Marie, Marion B Wolfe, Lucille Smith and Rhode Island) took up the challenge. Sea Fox (Captain Lou Kenedy) was the overall winner with a time of 10 hours 20 minutes.

The original race was based upon bragging rights for the fastest Trading Schooner. In an era where prices for cargo arriving ahead of rival ships commanded a massive premium, this was a lucrative race for captains.

The consolation prize of a barrel of Mount Gay Rum for the slowest yacht was discontinued several years later following the discovery that some competitors purposely stalled and remained out at sea for days to ensure they won the prize.

In 2012 The Mount Gay Round Barbados Race expanded to incorporate the Two Restaurants Race, which meant racing took place over two days. The idea proved such a success, it was decided to expand the event further in 2014, in line with most other Caribbean regattas, and run a series of coastal, round-the-buoy races including the Two Restaurants Race, and The Mount Gay Round Barbados Race. The 300-mile Ocean Race from Barbados to Antigua at the end of the regatta was specifically designed to tie in with the start of the Superyacht Challenge in Antigua.