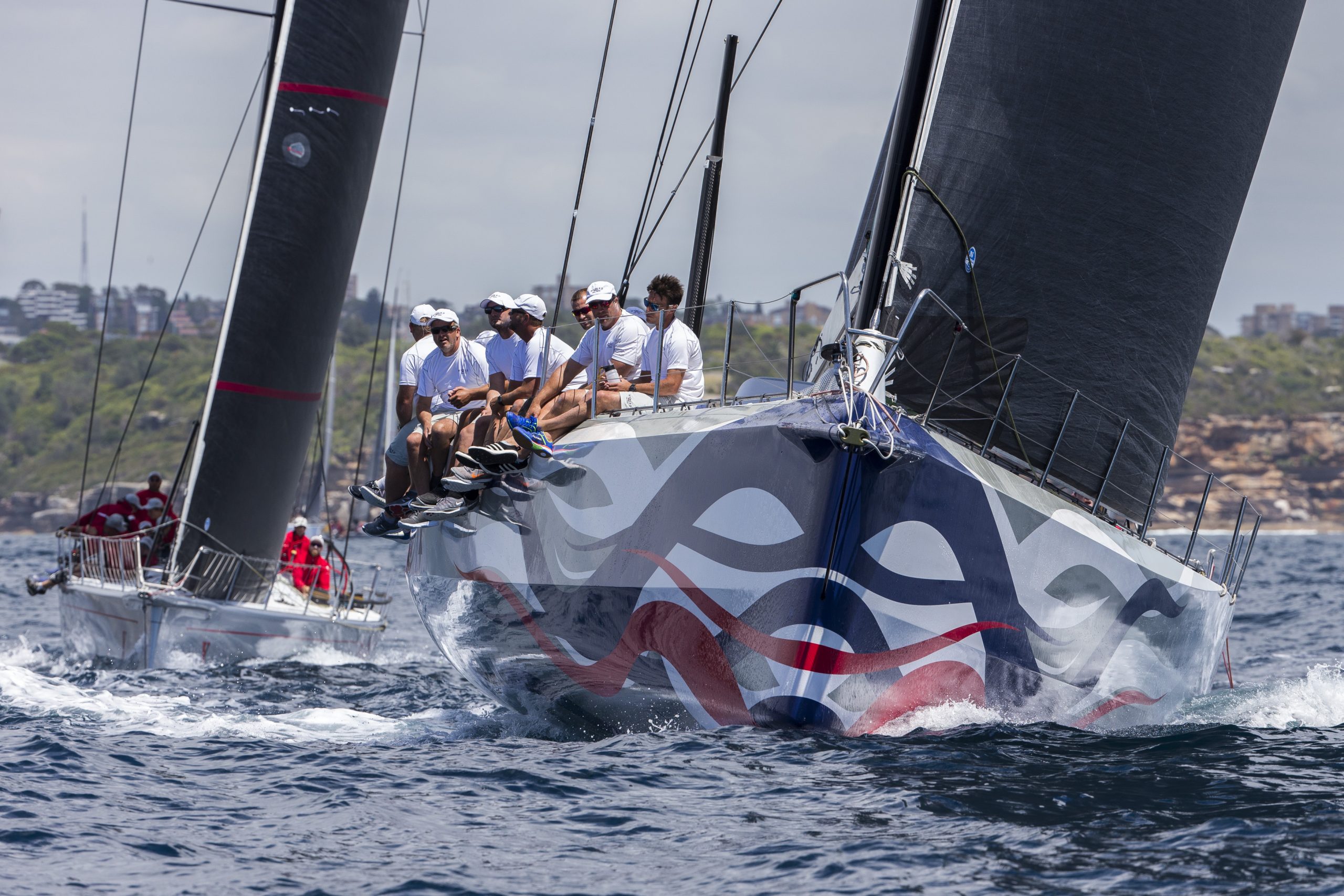 Fairly light conditions didn’t take away from a busy start to Day 1 of the Cruising Yacht Club of Australia’s Trophy Series in Sydney Harbour on Saturday, and the question being asked was which boat would come out on top of the Reichel-Pugh 100-footer battle between Wild Oats XI and Black Jack.

Overall however, it was Larki Missiris' Sydney 38, Raywhiteelizabethbay, which took the win on IRC ahead of Howard Piggott's Beneteau First 40, Flying Cloud and Steven Proud's Kernan 44, Swish. The same group filled out the top three spots on IRC Division 2.

Speaking after the race Kirby commented, “Pretty happy with that, can’t complain. It was very challenging 12-mile work out to sea, lumpy with light air. That said, it was great to get the practice.”

“We’ve been trying to work on our light air performance and that paid off today.”

In the line honours battle, the latest showdown between Wild Oats XI and Black Jack did not disappoint as the duo further revved interest in their developing rivalry, Oats XI edging out her rival across the line by just under three minutes.

Adding to the mix in the 27-nautical mile race was the return of Karl Kwok’s Botin 80, Beau Geste. The Hong Kong boat is one of three internationals in the series preparing for the upcoming Rolex Sydney Hobart.

China’s DeRucci (Ting Lee’s TP52) was back on the water for the Trophy Series while it was a warm welcome for the newly named Wizard (Peter and Dave Askew’s Volvo 70), better known as the winner of last year’s Rolex Sydney Hobart, Giacomo.

The fleet of 21 took off at 1100hrs with ferries, an aircraft carrier, kayakers and a couple of seaplanes ensuring there was never a dull moment. Wizard seemed to have the best start of all at the pin end with clear air all around. Down in the traffic it was Oats XI and Oats X which were away best, the smaller Oats stalked by Beau Geste all the way to the Heads before the international boat made a pass ahead of retiring – reason unconfirmed.

Oats XI was the first to benefit from any real breeze at the start, stretching her legs and building a narrow lead over Black Jack which she was able to maintain for the remainder of the race.

Wizard was unable to keep the momentum of her strong start while Oats X found some excellent pace offshore further highlighting her impressive credentials.

Speaking after the race Wild Oats XI skipper Mark Richards said, “Black Jack has had a big advantage over us over the last several months in lighter air. We’ve made a few changes which have definitely closed the gap. We sailed pretty well and got a good result.

“The things we did were all specifically aimed at today’s conditions, 6-8 knots of breeze all day, they were Black Jack’s perfect conditions against us so to be able to hold them out today, we’re really happy.

“It’s going to be even lighter tomorrow. It will be a tough contest and it all comes down to the start, and being able to control the other boat.

“It’s been a tough couple of years for us. We’ve had to have a good look at ourselves and change a few things on the boat and reinvent ourselves a little bit. But it’s a long way to Boxing Day and we’re looking forward to it.”