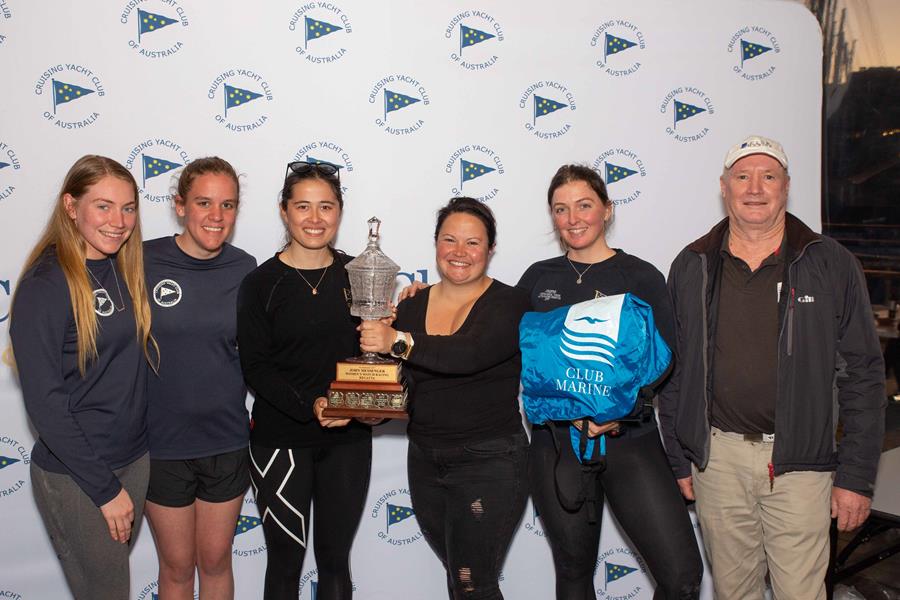 Before Howard and Costanzo reached the finals, the two Australian teams had to beat their cross Tasman rivals from New Zealand, the Royal New Zealand Yacht Squadron (RNZYS), whom secured two semi-final berths and finished in third and fourth after the round robin.

In the first semi-final, round robin winner Juliet Costanzo chose to race RNZYS's Emma Hyde and defeated her 2-0. Costanzo was the clear leader after the round robin, winning thirteen of her fourteen races.

This left another Australia versus New Zealand semi-final, matching India Howard who finished second after the round robin on 12-2, to race Megan Thomson who completed the round robin with a sore card of 11-3. Their semi-final went to the third and final race with Howard coming back from 0-1 down to win 2-1.

In the finals, Howard and her team executed stronger starts and converted both early leads to race victories to secure their first John Messenger Women’s Match Racing Regatta title.

“We are really pleased with how the weekend went. We developed as a team throughout the regatta and got it all together for the final. It’s a fantastic result for us,” commented Howard after racing.

In the seventh and eights sail off, their was an upset victory with RNZYS’s Brooke Adamson, who was previously without a race victory, winning the sail off 2-1. In the fifth and sixth sail off, Maddie O’Shea beat CYCA’s Chelsea Williams 2-1 to take fifth place.