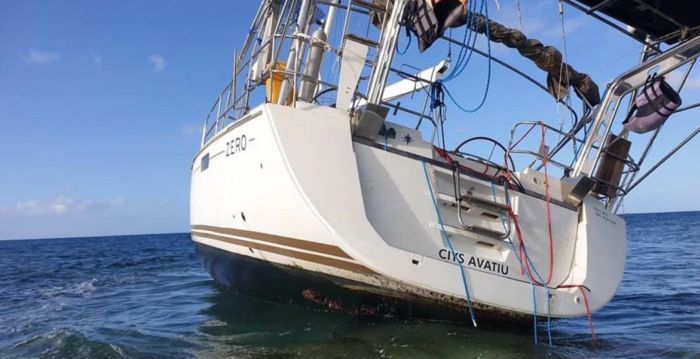 The stricken yacht run aground in the Abrolhos Islands

Authorities got more than they bargained for when they set out to find the crew of a yacht which got stuck on a reef in the Abrolhos Islands in Western Australia's Mid West on Monday, uncovering about 40 bags of illicit drugs including methamphetamine, cocaine and ecstasy.

Two men faced Geraldton Magistrates Court on Thursday, accused of trying to import about a tonne of drugs by boat through the islands.

Their plan came unstuck when the 15-metre yacht drifted onto reef near Stick Island, which is in the Abrolhos Islands group about 60 kilometres off the coast of Geraldton.

The men, a French national and a British national, were found after an “extensive” land and sea search and investigation which eventually tracked them down to nearby Burton Island on Tuesday.