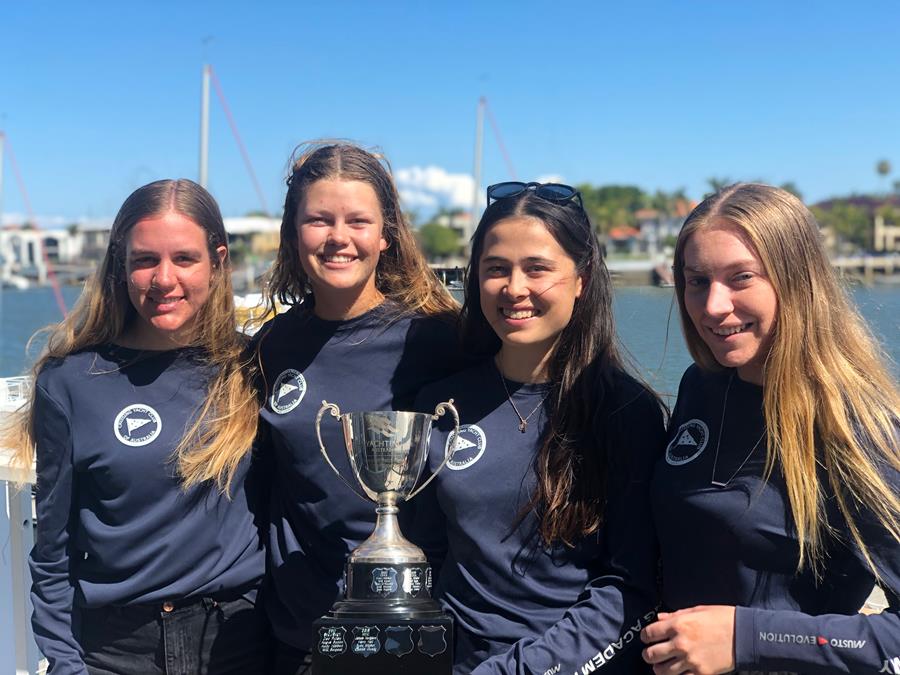 The regatta attracted five teams from across New South Wales and Queensland for the three-day event, sailed on the MYC’s fleet of Elliott 6 yachts.

From Day 1, Howard and her team pushed hard, completing two round-robins and topping the first day’s racing. Out of the eight races, the team only lost two, which placed them one point ahead of Sarah Johnson from MYC and Danielle Kennedy, also from MYC. Day two saw more of the same with Howard still leading at the conclusion of the triple round-robin stages.

After topping the qualifying stage, Howard chose to race fellow NSW team led by Nina Long from Newcastle Cruising Yacht Club in the semi-final. Having beaten NCYC twice in the round robin, Howard sailed extremely well in the first to three point semi-finals, whitewashing the series, 3-0. In the other semi-final Sarah Johnson also won 3-0 over Danielle Kennedy to set up an interesting Finals.

In another first to three point series, the start to Race 1 could not have gone worse for the CYCA with Howard picking up a penalty as well as being called OCS, gifting Johnson the early lead. However, continuing their success from the semi-finals, the CYCA team clawed the lead back to eventually pass, then penalise the MYC team at the final top mark, to round in front and head to the finish line to take the win.

Races 2 and 3 went a lot smoother with Howard sailing cleanly and faster to knockout the final series 3-0 to claim her first National Title.

“We are absolutely thrilled with how today went,” skipper India Howard said after the event. “We never thought [Sunday] would be a 6-0 day but the girls and our team have improved all week and it all came together.”

For the Cruising Yacht Club of Australia, this was their first Women’s Match Racing National title in six years, and only the second time a club has ever won all divisions of match racing nationals in the same year (Open, Youth & Women’s). In 2009 the CYCA first conquered the triple quest, and now a decade on has done it again, showcasing the incredible depth and talent currently being produced by the CYCA Youth Sailing Academy.