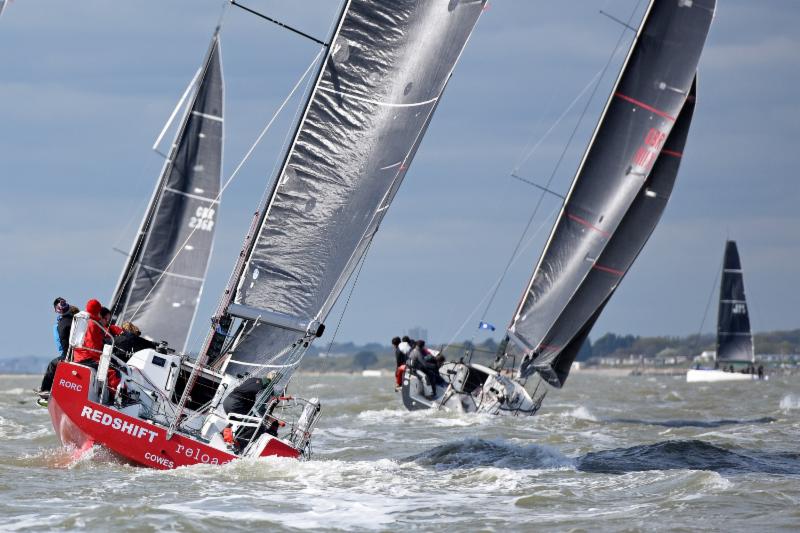 Second-guessing the winner under IRC among the 340 boats competing in August's Rolex Fastnet Race is tough. The outcome of the Royal Ocean Racing Club's biennial flagship event will depend on the weather: A brisk start should favour the big boats; a light start and lively finish the smaller ones, but it is not simple given the race's complexity with headlands and tidal gates to negotiate, shipping and Traffic Separation Schemes to avoid, the mix of coastal and oceanic sailing, amid the largest fleet of any offshore race in the world.

There is one unifying factor: the winner will be one of the smartest and most talented crews, sailing the best prepared boat, courtesy of the IRC rating system that aims to create a level playing field for all types of boats competing.
Historically, boat size doesn't seem to matter. Over the last 20 years 70 footers have claimed three races in Niklas Zennström's Rán II and Charles Dunstone's Enigma, but 30 footers have also won three, including the last two races – Gery Trentesaux's JPK 10.80, Courrier Du Leon, in 2015 and Pascal and in 2013 Alexis Loison's JPK 10.10 Night & Day – the race's only doublehanded overall winners. 50 footers have also won in Ger O'Rourke Cookson 50 Chieftain in 2007 and perennial competitor Piet Vroon on his Lutra 52 Tonnerre in 2001. A 40 footer hasn't won the Rolex Fastnet Race in at least 30 years and a line honours winner also claiming the handicap trophy is an even greater rarity.
One team trying to repeat the doublehanded success of Night & Day, is Sun Fast 36, Redshift Reloaded of Ed Fishwick and Figaro sailor Nick Cherry. Their main goal is a good result in the ever-growing Two-Handed class. “There is a lot of talent in the Two-Handed class,” says Cherry. “If we do well there, we'll be happy.”
So is winning overall possible? “In the right conditions, but not if there is a lot of time when you need stability,” Cherry continues. “The boat is certainly competitive. It is nice to be in a situation where we know that if we sail well and there is the right breeze then we can be near the front overall too.”
But will they threaten the dominant JPKs, winners of the last two races and which occupied half of the top 10 in 2015? With Géry Trentesaux not campaigning his own boat, Arnaud Delamare and Eric Mordret's team is looking good on their JPK 10.80 sistership, Dream Pearls. In their first ever Rolex Fastnet Race in 2015, they finished second overall while this season they recently won the RORC's De Guingand Bowl.
“Our main objective this year is the Rolex Fastnet Race,” says Christian Maby, Dream Pearls' Team Manager. “Our primary target is to win IRC 3. Obviously we want to win overall, but it is hard to predict because the weather determines how fast we will get to the Fastnet. Two years ago, after two days we were a few miles ahead of Gery Trentesaux but we had some technical issues and we were quite inexperienced. Since then we have optimised the boat with JPK and we are happy with our new North sails.” Dream Pearls will sail with the same crew as two years ago, who are all amateurs.
Fortunately there is a JPK 10.80 entered in English hands – Tom Kneen's Sunrise, while facing other French race favourites in JPK 10.10s – Noel Racine's Foggy Dew, as well as the Loisins on Night & Day, will face Richard Palmer's Jangada and Stephen Hills' Just Plain Krazy.
Another British favourite is Nick and Suzi Jones with RORC Commodore Michael Boyd on the First 44.7, Lisa winner of the 2016 RORC IRC Points Championship, podiuming in five events. Nick Jones says they will have a tough time against Gilles Fournier's J/133 Pintia – one boat that beat them last season. “She is incredibly well sailed,” he admits. For this season Lisa has been detuned putting her into the top of IRC Two rather than the bottom of IRC One. “You can only ever aim to do well within a class. The overall result stems from that,” says Jones.
Beating Lisa in last year's Volvo Round Ireland Race was Eric de Turckheim's A13 Teasing Machine. She has now been sold and is Mark Emerson's replacement for his Rodman 42 Phosphorus. Meanwhile a new Teasing Machine is due for launch mid-June from King Marine in Valencia, an all-carbon fibre 54ft long 'TP52 killer' from Nivelt-Muratet Design.
Resembling a hybrid TP52 and a VO70 with, for example twin companionways and a central pit, the boat will be sailed by 10, the same as the A-13, once again led by Laurent Pagès.
Will they get up to speed in time? “It is always complex,” admits de Turckheim. “We have a mast which has been designed especially and built by Hallspars and you need to learn how to work it out. Some of the IRC rules have changed slightly so we'll see how the mix of sails between the main and the jibs will work. It will be much more complex, because the deck layout is different from the previous boat.” Once again the boat's remit is principally offshore, but to hold her own inshore.
The Rolex Fastnet Race will set off from the Solent on Sunday 6 August bound for Plymouth via the Fastnet Rock.
– James Boyd