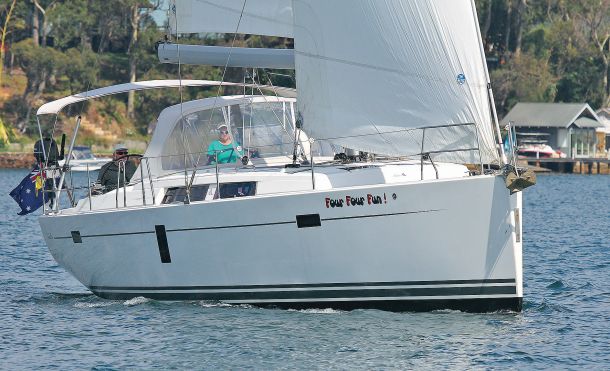 So much of your life is tied up in your cruising vessel and hence your insurance is a major consideration.

Sure the premium is important, however it is the type of cover and possibly even more importantly, the claims procedure that becomes so crucial. How so?

Firstly there is your locale. You may be in the Pacific, on your way to the Mediterranean, relaxing in the Caribbean or planning to do the lot. There is one company that offers you truly global coverage under the one policy. That company is Pantaenius and its Australian subsidiary is just over two years old now.

The whole company is staffed by boaties and so they get core nautical values like safety, risk minimisation, preparation, training and seamanship. As a result of that and the due diligence performed before the contract begins, there is inbuilt efficiency in Pantaenius’ claims procedure and knowledge about how changes at sea happen oh-so-quickly. They’re just the attributes you need to have on your side in a situation, so as to rectify things promptly, appropriately and to the correct standard.

Secondly, there is the policy itself. Just what is it, how does it work and if it is a total loss, how much will you be paid? Pantaenius’ All-Risk policy is both simpler to comprehend by the consumer and also easier to administer. Look at it this way; everything is in, bar a few items, which are detailed on one page. This is the complete antithesis of the traditional norm where nothing was covered except for those specifically and clearly identified.

The best way to demonstrate this is to look at weather, especially things referred to as Tropical Storms. Alas, there are not too many souls cruising the Southern Ocean after all, so it is more than pertinent. Industry icon, Jamie MacPhail, is the managing director of Pantaenius Australia and he explains, “we insure boats on moorings and in cyclone zones. Naturally there are some conditions, which we explain in detail during the due diligence period, but unlike our competitors, we actually say we cover you. The All-Risk policy means it is covered via a specific Tropical Storm clause, whereas in others’ Named Peril policy it is only mentioned in an addendum, which our clients say certainly adds to the confusion.

“Specifically, there have been instances where some owners were paid out when their craft ended up on the rocks after a storm, but some were not, yet it was the very same event that caused all the damage. The fundamental issue lies in the absence of wording for this particular type of peril inside our competitors’ policies. Our transparent policy is also another reason why foreign visitors to our shores choose to have Pantaenius provide them with a $10m Third Party Liability policy so they can even tie up to a marina in Queensland in the first place”, added MacPhail.

Pantenius’ global reach and contacts mean you will be fine whether tucked up in a bay or caught in perilous stuff. Look at the way they sorted out the aftermath of Cyclone Ivan, which went through both the Caribbean and East Coat USA. With all the yards in the latter very busy in the aftermath, Pantaenius chartered a ship and sent the boats, along with some of the competitors too, off to Europe to get fixed promptly.

Consequently, it is little wonder that Pantaenius has taken more than a strong foothold in the Australian market over the last two years. Since active promotion began just 18 moths ago they have grown to seven staff, with the gross value of the insured risk now a significant $AU430m. You get to see why there is an accelerating rate of new customers arriving on the Pantaenius door as such, each and every day.

“With our competitors refusing to insure craft of a certain age and pushing massive premium increases of 20 to 40%, it also served to raise our enquiry and then conversion rate.

“There is a better mousetrap out there and it is our Pantaenius All-Risk and agreed value policy. As Aussie John says, ‘Could you get yourself a better deal?’ Truth is, it is not just about price, it is product, for this is where the peace of mind comes in. We still have people insisting they have an agreed value policy and then find out it is only market value they will receive in the event of a total loss. Nearly all of those switch to us there and then”, said MacPhail.

Interestingly, 30% of Pantaenius Australia’s clients are currently not home. It is pretty much what you would expect from the world’s market leader, especially since they have been at it since 1963 when the world was a very different place.

Pantaenius will again be supporting the Fremantle to Bali Rally. One third of the fleet were under its cover for the last one and it is expected that it will be the full half of the fleet when it rolls around again in May.

So, before you head off to go and see all the world has to offer, check your policy closely and if you need to ask a question, talk with the team that know boats.