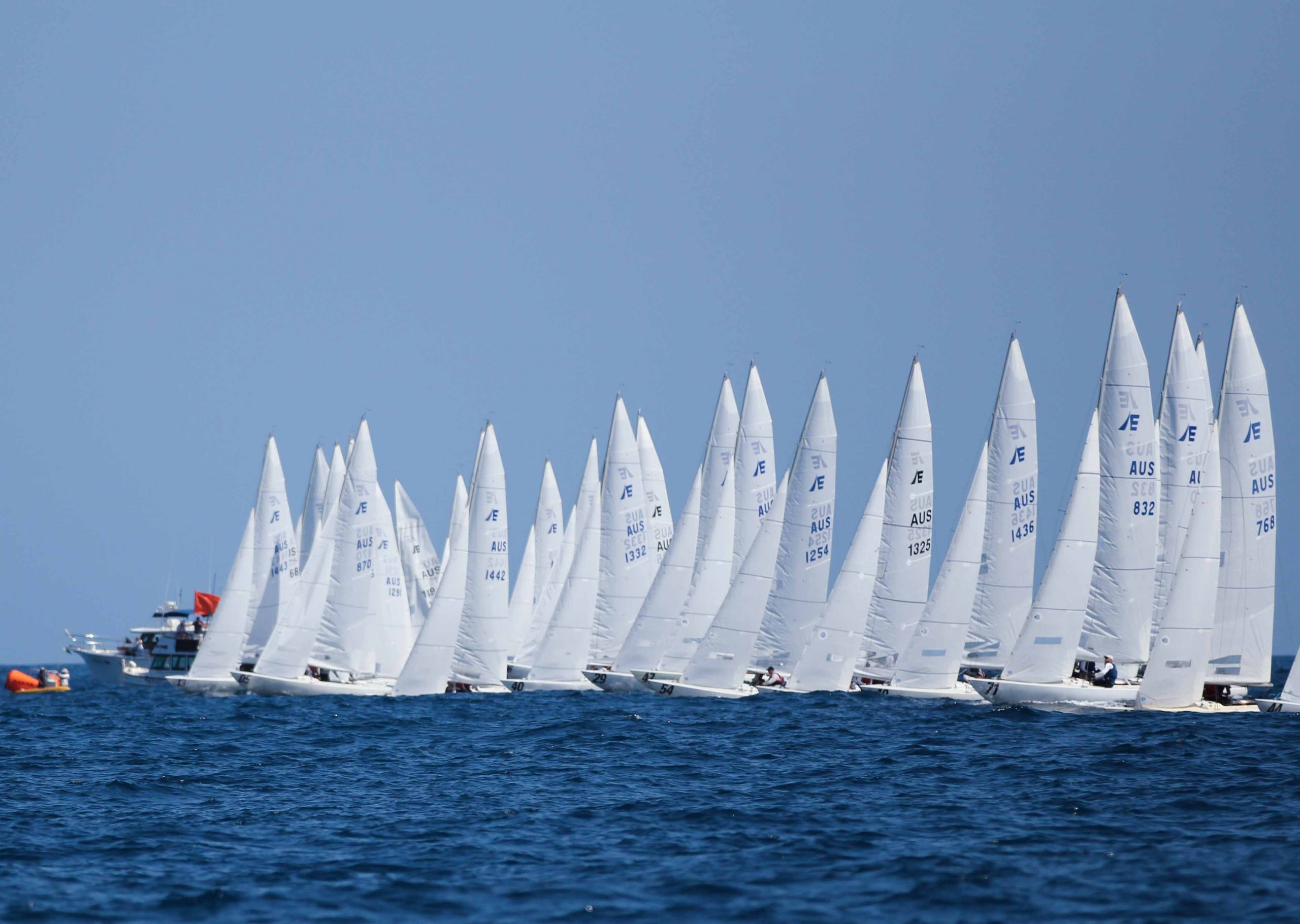 On board the Oatley family’s supermaxi Wild Oats XI they are crewmates. At the Etchells 2017 Australian Championship skippers Graeme Taylor and Iain Murray are deadlocked on opposing boats at 16 points apiece with Taylor leading the series on a countback.

On racing against Taylor and Jarvin, Murray (Northern Havoc, Royal Sydney Yacht Squadron) said, “They are our mates, we tune up with them and we socialise with them. It’s all pretty friendly; we don’t bang each other around on the race course too much, though if it comes down to the last race then maybe that will change.

“Today was meant to be a straightforward nor’easter but it all went light and floppy; it was a pretty tricky day. Winds were reasonably strong then it turned really hot and they died out in race one. In the second race we had medium breeze and then it went light again. For the third start conditions started to get really windy and bumpy,” Murray added.

Race officer Ross Wilson managed to squeeze in two good races on day two then blew the third when the breeze kicked up to 30 knots and more concerning, the sea state in the Palm Beach circle built correspondingly.

“The waves up the first work of what would have been race four were incredible – if an Etchells went down those it wouldn’t come up again. Plus the Bureau had issued a strong wind warning so we called it a day,” Wilson said.

Only one race was scored on the opening day, Thursday January 12, after multiple delays thanks to light winds 6-7 knots on top of two general recalls, a postponement, and then finally a black flag start for the edgy 45-strong Etchells fleet.

Current Etchells world champion John Bertrand won the opening bout then failed to finish race two when their top mainsail batten blew out just as they started. “We had to drop the main for repairs,” Bertrand said. “It’s never happened before….Murphy’s Law I guess.” The DNF score becomes Triad2’s one drop from the final series pointscore.

Saturday’s forecast is north to north-westerly winds 15 to 20 knots reaching up to 30 knots offshore early in the morning before winds shift southerly in the morning then tend east to south-easterly in the late afternoon. South-easterly 15 to 25 knots turning easterly 10 to 15 knots in the late afternoon is the likely scenario for the final day of the national title staged by the Royal Prince Alfred Yacht Club at Newport on Sydney’s northern beaches.