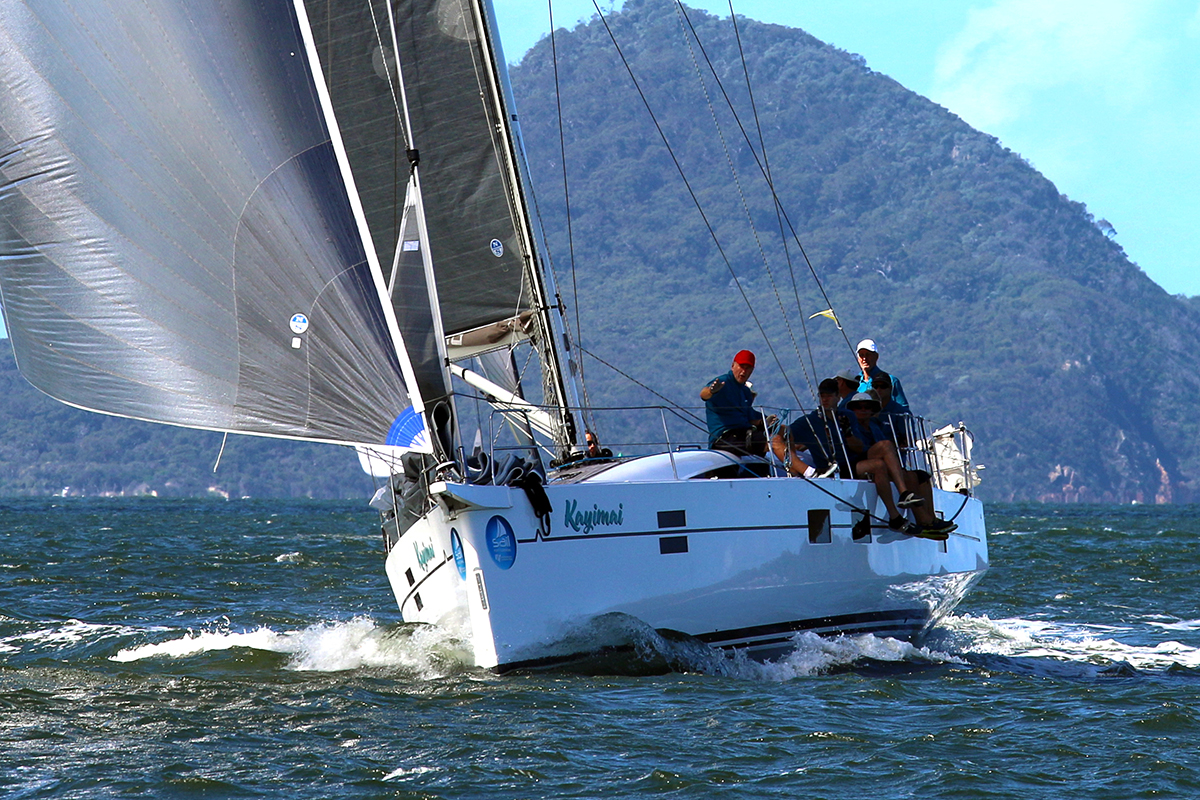 Pantaenius Commodore’s Cup race one was a 15 nautical miler on a course better known as ‘the pub to pub’ race as it meanders close to a number of waterfront establishments. The 60-plus fleet started cleanly off the Nelson Bay breakwater and finished under sunny skies, and in quick time.

On board was well-known Sydney sailor Tony Kirby, who is trimming sails for Sheppard while he waits for his own boat, Patrice, to arrive and be prepared for the Garmin NSW IRC Championship starting Friday April 7.

“It was fabulous to win the first race of our 10th Sail Port Stephens,” Sheppard said. “This time we’ve got half a dozen women sailing with us and a couple of new sailors, plus Tony Kirby on jib trim and for his tactical knowledge of the bay. We’ve decided to sail cruising for the whole series, with the emphasis on fun rather than serious competition.

“The bay put on magnificent sailing conditions and the rain held off, we had our raincoats ready this morning. For us the making leg was the work from the island back up to Salamander Shores, then we had the Banshee as our datum boat on the way home.”

Greg Wilkens and Jan Bartel did well to not only keep up with the bigger boats in division two but to beat them on handicap with their Archambault 32 from Manly, Sydney.  Bartel is helming for the Commodores Cup and her hubby Wilkens will take over for the second-half Performance Series which starts on Friday.

“It was spectacular being on a start line with 37 boats, the biggest fleet I’ve started with and we were third off the line,” Bartel recapped. “We rode the wash of a lot of the bigger div 2 boats and wound up hanging on to the division one boats that usually get away from us. Our result is a credit to the whole crew, and it was wonderful to see a few other women out there helming.”

The Pantaenius Commodore’s Cup is a three day passage race series and the traditional opener to Sail Port Stephens which has attracted a record fleet for its milestone year.

The forecast for day two, Tuesday April 4, is for south to south-east winds 15-25 knots.