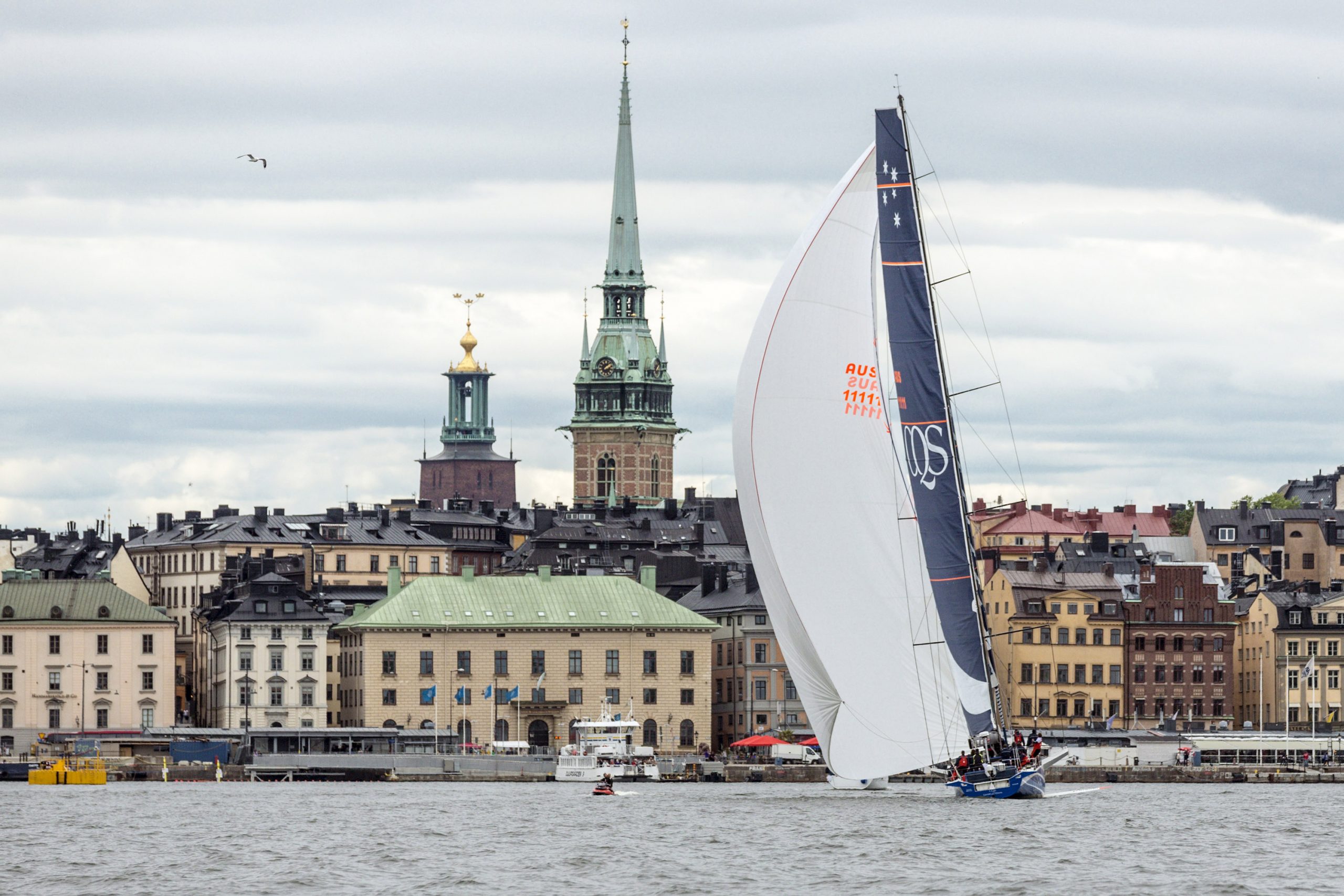 Stockholm, Sweden: Ludde Ingvall and his CQS team created a spectacle today as they trained close to the Stockholm waterfront, in preparation for tomorrow’s start of the Gotland Runt race, now known as the AF Offshore Race.

The team, some of whom have flown in from New Zealand, were on Stockholm harbour putting the spectacular super maxi CQS through her paces, and getting to know the area in which the race will start.

CQS and her rival the 100 foot, Hyundai, will be the biggest boats in the 250 strong fleet, with boats from thirteen countries coming to contest this 80th anniversary race.

Ludde is the current record holder for the 650 nautical mile race, a record he has held since 1997, when this was the first race of his Nicorette campaign. He would clearly like to improve on that record, but this is very much dependent on the conditions during the race.

Sailing with Ludde in this race is New Zealand’s former America’s Cup skipper, Chris Dickson, who will be lead helmsman, along with Kiwi sailmaker Rodney Keenan.

Also in the crew is the race manager, Magnus Woxen, and other local sailors including Ola Astradsson and Freddie Nylof.

The AF Offshore Race starts in Stockholm Harbour, close to its historic waterfront, on Sunday, and goes around the island of Gotland, before finishing in Sandhamn.