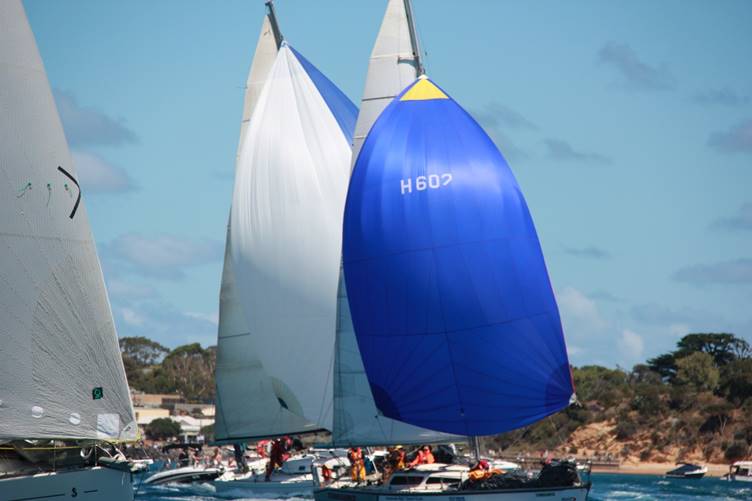 How tough yachts and crews are is often tested in the Wyndham Harbour Melbourne to Hobart Westcoaster, arguably Australia’s most challenging ocean yacht race down Tassie’s rugged West Coast.   This year crews are again digging deep for a different level of toughness.

Light weather is forecast for the next two days.  Low Rocky Point on Tassie’s South West Coast would have to be one of the most windy places on the planet.  The Latest Coastal Weather Observations for Low Rocky Point had wind speed of 0 knots earlier this morning.

Race Management has advised supporters in Hobart to beware that when crews do arrive, the will be well rested and have a fearsome thirst!

Ocean yacht racers are a special breed and need to handle any conditions that are thrown at them while they are offshore, from Storm force winds and mountainous seas to Light and variable wins and glass outs.  If these conditions were forecast in a local yacht club race, race officers would be likely to abandon racing for the day and adjourn to the bar.  Ocean yacht racers don’t have that luxury once they’re at sea.

Some of the unique qualities of ocean yacht racing in Victoria will stand them in good stead for the challenging conditions ahead.  We breed them tough in Victoria as the backyard we sail all of our ocean racers in is Bass Strait.  We also need to transit the very tidal, small entrance to Port Phillip Bay known as “The Rip”, which is also shared by commercial shipping.

Just about anyone can sail when the wind is blowing at a reasonable level, but those who maintain their concentration in the testing light conditions and keep their boats inching towards Hobart, will feature on the podium.  Crews will be maintaining a very watchful eye searching for more wind, as little puffs of breeze can make a huge difference.

It is rare that a yacht in the Westcoaster does not make it to Hobart to enjoy the legendary New Years Eve celebrations in Hobart.  This year several yachts may bring in the New Year out at sea.

If ocean yacht racing was easy, anyone would do it.