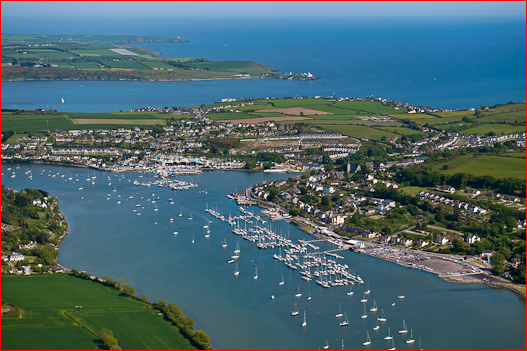 Here's a great idea that could never work in Australia because of Federalism. A cruising route with secure moorings and marinas at regular intervals (perhaps in co-operation with New Zealand, New Caledonia and Norfolk Island) would encourage international and local cruising along our coast. But it's unlikely anyone would attempt to develop it, even with a tourism grant, because of the impossibility of getting state governments to work together for a common cause.

This report appeared in the The Southern Star, a West Cork (Ireland) newspaper:

CORK’S CIT has been awarded a significant project to develop a new maritime tourism route between Cork and the Arctic Circle areas of Norway. David Lovegrove, president of the Irish Sailing Association, announced the details in CIT.

The ‘Cool Route Coastline’ is one of the most scenic cruising grounds globally and, apart from the outstanding natural beauty of the route, it provides uncrowded, and most importantly, highly secure waters in which to voyage over long distances.

CIT has received funding valued at €1.26m to develop a co-ordinated cruising route.

Cruising Oceans on Latitudes above 51º North – the ‘COOL Route’, was approved by the NPA Interreg Programme and will research all of the logistical, business, and marketing planning for the route which will support other complimentary maritime, and shore-based tourism initiatives in all of the intervening regions.

Dr Breda Kenny, head of the Hincks Centre for Entrepreneurship Excellence at CIT, who will manage the overall project, said: ‘While the project is about yacht cruising, its key objective is to provide a wide range of new business opportunities for new entrepreneurs and existing SMEs throughout the route.’

Gerard O'Donovan, head of the faculty of Business and Humanities at CIT, said that the project epitomised modern entrepreneurship by building significant business opportunities in a very sustainable and ecological manner, based on high quality natural resources.

He noted that the COOL Route could open up many new business opportunities in peripheral coastal areas of all countries concerned.

Associate partners and other project participants include the Irish Cruising Club, Donegal Tourism, Sail Scotland and the Irish Sailing Association, along with a wide range of local authority, local development, tourism and sailing interests.