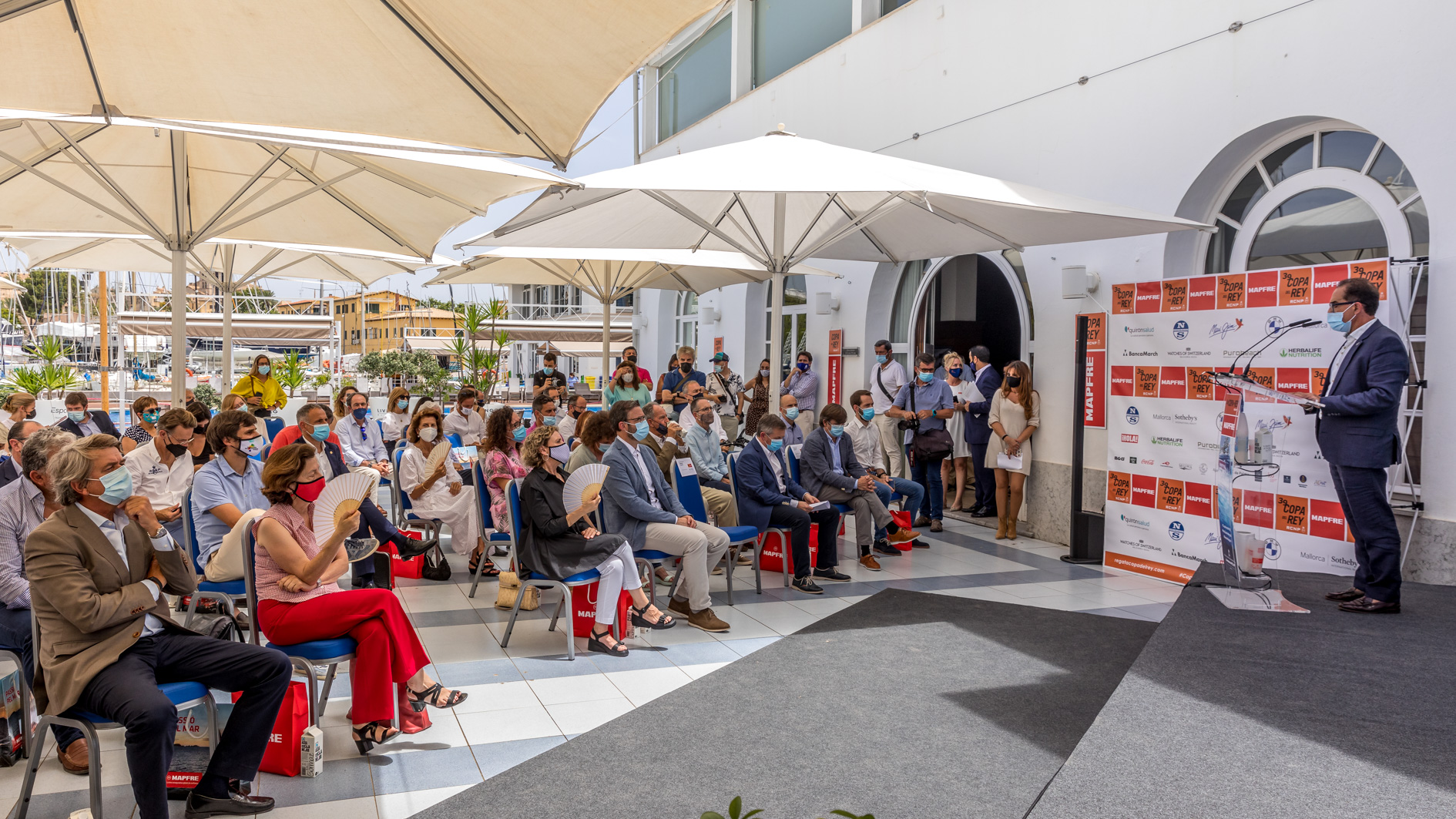 On Wednesday local time, the Real Club Náutico de Palma (RCNP) officially presented the 39th edition of the Copa del Rey Mapfre, following the cancellation of last year’s event due to the Pandemic.

It will undoubtedly be one of the most highly anticipated editions of the world-renowned regatta after it was cancelled last summer due to the health crisis caused by Covid-19.

Emerico Fuster, President of the Real Club Náutico de Palma, says: “The Copa del Rey Mapfre is not only a regatta but also a benchmark for our sport and the social events in Palma, Mallorca and the Mediterranean.

“Today I am enormously proud to present this 39th edition after the difficult year that we have all experienced. Being able to run the event is a sign that we are gradually returning to our way of life. I can say that a good number of crews and boats will return to enjoy this great event since we already have more than 100 teams registered.

“Today we celebrate it, and we are also able to contribute to the economic recovery of our city. Over the years, the Copa del Rey Mapfre has had a direct impact of 18 million euros to the economy of Mallorca. Our yacht club cannot underestimate the importance of the social function that makes it essential to the city of Palma,” he finished.

The 39th Copa del Rey Mapfre will officially begin July 31. The first two days will be reserved for confirmation of entries and registration, with racing to be held from August 2 to 7.

The social program will focus on three main events: the official presentation to the media, the Owners Dinner by Mapfre and the Prize-Giving Ceremony. Each will strictly comply and be adapted to the safety measures established by the health authorities with respect to the COVID-19.