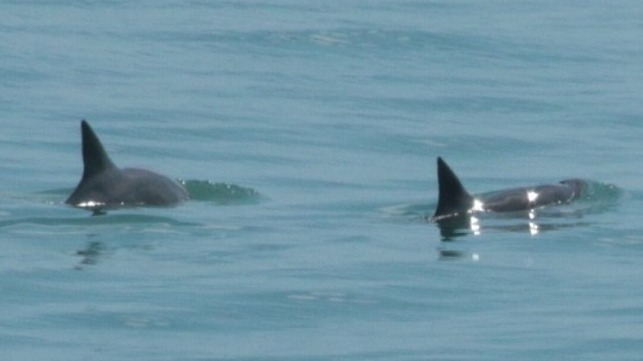 A group of scientists and conservationists has recorded the first vaquita sightings of 2019.

Sea Shepherd crew on board M/V Sharpie sighted two pairs of vaquita on August 19 and 20, then two vaquita were photographed when sighted on September 3.

Vaquita are the smallest cetaceans on the planet and the most endangered marine mammal on Earth. The species is endemic to Mexico’s Upper Gulf of California. It is estimated there are less than 19 vaquita alive.

The visual sighting expedition, a joint effort by Mexico’s National Commission on Protected Areas (CONANP), Sea Shepherd Conservation Society and Museo de la Ballena y Ciencias del mar, is taking place in the Upper Gulf of California, with the participation of leading marine mammal researchers from the Autonomous University of Baja California Sur (UABCS) and the US, as well as support from the Mexican Navy.

Sea Shepherd removes illegal gillnets from the vaquita habitat to protect the mammal from getting ensnared in nets set to catch another endangered species, the totoaba fish. Totoabas are targeted for their swim bladder, which is trafficked and sold in highly lucrative black markets in Asia. The bladders are consumed in a soup believed to have beneficial health properties, despite lack of scientific evidence confirming such claims. This wildlife trafficking scheme is responsible for the critical situation the vaquitas are facing. Vaquita and totoaba are of a similar size, thus the gillnet mesh used to catch the totoaba are well suited to ensnare the small porpoise.

The recent collaborative expedition sighted the three groups of two vaquitas in the waters East of San Felipe, Baja California. According to specialists, the vaquitas documented were adult specimens and appeared in good health. “It is excellent to see these vaquitas are well fed, plump and healthy looking,” said conservation biologist and long term vaquita researcher Dr. Barbara Taylor, “This invigorates the resolve for Mexico to protect their species.”