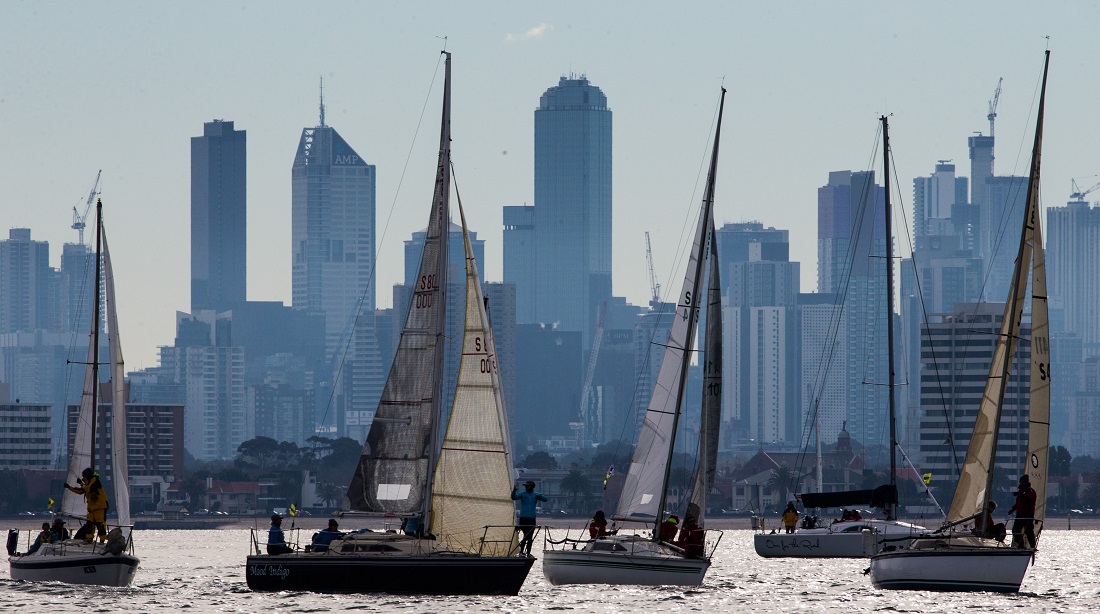 In four days’ time, just shy of 30 crews from around Australia and New Zealand will set sail in the 28th Australian Women’s Keelboat Regatta, hosted by Royal Melbourne Yacht Squadron, speaking volumes for the growth of serious female sailing talent compared to as little as five years ago.

To be held on the waters of Port Phillip from 9-11 June, Victoria naturally boasts the highest number of entries. And ‘the locals’ will be doing all they can to keep the trophies at home and out of the hands of their counterparts from Queensland, Western Australia, NSW, Northern Territory and South Australia – not to mention prevent them leaving the country to travel across the Tasman into New Zealand.

“We are thrilled with the high-calibre of the fleet and the increased numbers this year,” said Allicia Rae, Sailing Co-ordinator for the event.

“The numbers continue to grow and we are very pleased to see two teams from New Zealand, both  competing in a strong fleet of S80’s, courtesy of the active support of the S80 Association,” she finished.

Among the variety of boats entered are a dozen S80’s, which will make for stiff competition. Both Kiwi crews, Escape, skippered by Maria Ferrario (Tauranga Yacht Power Boat Club) and Sunshine, to be skippered by Kate Robinson from Royal Port Nicholson Yacht Club, are in this group.

Ferrario, from Argentina, is a full time sailing coach taking young up-and-coming sailors to the elite level at TYPBC in the Bay of Plenty, arriving there in 2015 to take up the position. Considering her second place overall in the S80 last year, and with her young coaching charges following her progress, Ferrario will once again lay her reputation on the line aboard the same boat kindly loaned to her last year.

For the first time at this regatta, Kate Robinson will represent RPNYC. Based in Wellington at the southernmost tip of the North Island, her crew will not only take on their fellow Kiwis from 260 miles to the north, both will also contend with some of Australia’s hottest teams, including gun Laser 4.7 sailor Casey Sutherland from Maroochydore in Queensland and Deborah Parker from Victoria, who finished third overall last year.

Skippers returning from other boat designs with their eyes on the prize are Amanda Irving (Vic), again at the helm of Cavarlo, the Cavalier 395 she sailed to AMS third overall in 2017 and Edel Doyle (Vic) who is to skipper the Columbia 22, Rose of Wyndham for the second year. They will be joined by South Australian Mary Ann Harvey at the helm of School’s Out, the Bavaria 40 Cruiser she raced last year.

Apart from the usual trophies, awards include owner-skipper, best novice helm, most improved, sportsmanship and an award for showing particular endeavour during the competition.