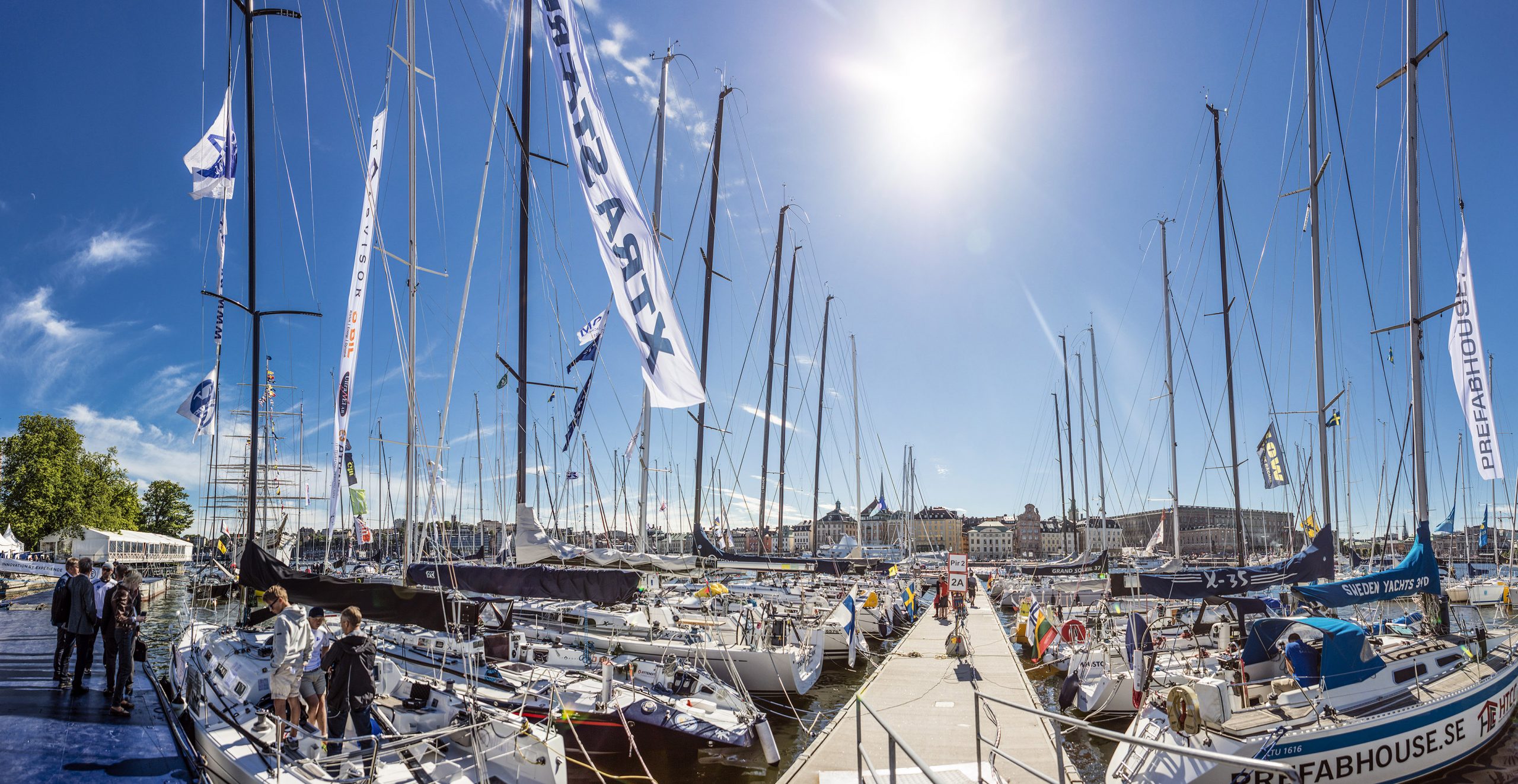 Competitors gather for the Round Gotland - ÅF Offshore Race 2017.

The Race Village for the offshore race Round Gotland – ÅF Offshore Race 2017 – opened om Thursday in central Stockholm. The race will start on Sunday and take the boats through the archipelago, around the island of Gotland and back. The boats will arrive at the finish outside the small island of Sandhamn after 2-3 days offshore.

At the press conference on Thursday, the Commodore of the Royal Swedish Yacht Club (KSSS), Staffan Salén, spoke about the history of the race and was very pleased with the record of 250 entries from 13 different countries. The number of boats has increased 25% from 2012 when the start was moved into the center of Stockholm.

Sailing legend Ludde Ingvall (Swedish/Finnish) won Gotland Runt in 1994 with Nicorette and still holds the speed record from 1997 – which he would very much like to break. He will be racing his 100-foot long super maxi from Australia.

This year there are a lot of double handed yachts. One team comprises two cousins, Anna and Eva-Stina Forslund, 21 and 24 years old, who despite their youth has a lot of experience from ÅF Offshore Race. They are sailing an old Scampi and will compete not only with two other ladies' teams in double handed but also with relatives on other boats.

Finally, Race Manager Magnus Woxén, spoke about the weather which this year is extremely unstable and variating.