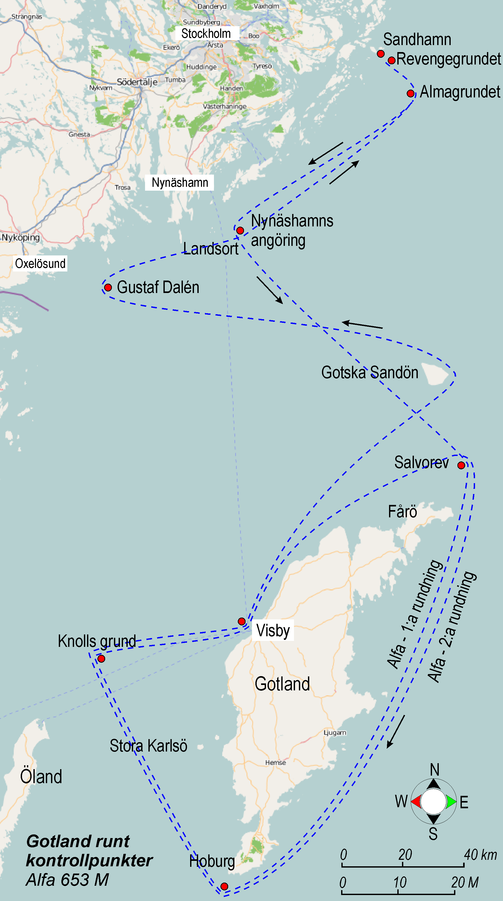 Stockholm, Sweden: It’s another ‘homecoming’ for Ludde Ingvall as he brings the distinctive super maxi CQS back to Stockholm in preparation for the Gotland Runt this weekend, the boat arriving in Swedish waters recently from Finland, where she contested a race out of Helsinki.

“Sailing Gotland Runt AF Offshore Race is a ‘homecoming for me,” Ingvall said. “We won it as the first race of the Nicorette program in 1994 and our race record set in 1997 has never been broken.”

Ingvall has pulled together an all-star line-up for the event, including world famous New Zealand sailor Chris Dickson as a helmsman and his compatriot Rodney Keenan.

“We have some of Sweden’s best yachtsmen, many of whom have been crew members of the Big Boat Racing Team and it is exciting to let them race CQS with us, including Magnus Woxen and Ola Astradsson,” Ingvall said.

Organised by the Royal Swedish Yacht Club (KSSS), the Gotland Runt claims to be the most prestigious race in the Baltic Sea, with over 250 boats expected to compete, with course lengths varying from 179 to 653 nautical miles, depending on the size of boat.

Talking about his return to the event, CQS’s owner said, “It is an amazing coincidence that it is the 80th anniversary of the AF Offshore Race/Gotland Runt race around the island of Gotland and that is 20 years ago since our Big Boat Racing Team set the record that stands today.”

And what are the chances of setting a new record? “Records are only broken or improved with suitable weather conditions, but it would be fantastic to improve our record with CQS.  However, our focus is line honours and we have a tough competitor in the 100 footer Hyundai and a fleet of 250 yachts,” was his assessment of the coming challenge.