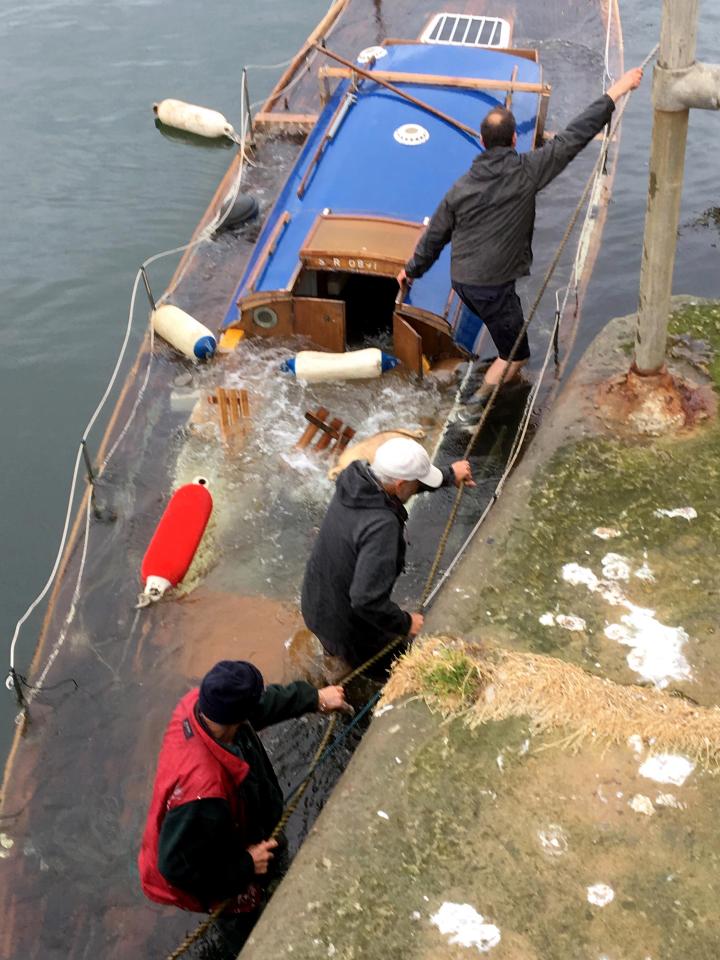 Within minutes of being lowered into the harbour the boat built before World War II began taking on water. Photo Caters News Agency.

The Sun. By Karl Stroud.

A HAPLESS granddad spent five years and thousands of pounds renovating a 40-foot yacht in his back garden – only to watch it sink within minutes of being lowered into the water.

Richard Ogilvy, 75, had devoted up to eight hours a day getting the dilapidated 80-year-old vessel shipshape. And on Saturday he decided to put his handiwork to the test by launching Sea Wraithe at Burghead Harbour in Scotland. But, almost immediately, it began taking on water, before it sank.

Former forester Richard said: “Obviously I would have liked to see the boat remain on the surface. A boat is much better when it floats. But it was a life-affirming experience finally getting her in the water.

“Seeing the boat come out again was incredible and when we finally get it sailing in a couple of months we will be able to have a few beers, look back and laugh.”

Richard, from Forres, Scotland, had to get two of his sons to help him haul the boat out of the water.

Read the full story and see more pictures at The Sun.