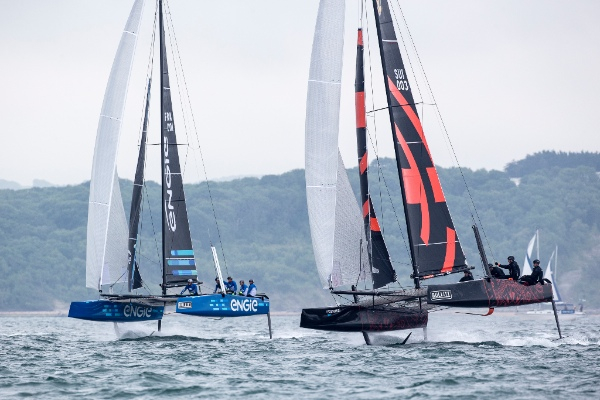 With over 90 yachts competing in three days of spectacular racing, the Bay of Islands Sailing Week regatta is the biggest of its kind in New Zealand.

Yachts of all shapes and sizes – from tiny sports boats to gargantuan superyachts – have signed up to compete in this year's event, which takes place over the last week in January, just before Auckland Anniversary Weekend.

Now in its 14th year, the Bay of Islands Sailing Week regatta is still run almost entirely on a voluntary basis, with up to 60 people giving their time and energy to create a world class sailing event in New Zealand. The regatta is also supported by its generous sponsors, including CRC, NZL Yachting Trust, North Sails, Southern Spars, Mount Gay Rum, Zhik, Harken and PIC Insurance Brokers.

Yachts are organised into different divisions, according to size, speed, type of vessel and whether they opt to use spinnakers or not. The smaller boats race courses closer inshore, while the larger and faster boats race longer courses further out.

Racing starts at 10.30am each day, and finishes around 4.00pm. Boats sail a combination of 'windward leeward' courses, as well as longer island races that utilise some of the Bay of Islands' spectacular natural features as race marks.

This year is particularly special for the Bay of Islands Sailing Week, as the event is hosting the annual IRC Nationals competition on behalf of Yachting New Zealand. The kudos of winning the highly prized title of IRC National Champion is sure to result in even more hotly contested racing than usual in A and B divisions.

The hugely diverse fleet at this year's event includes a mix of local boats, visitors from around New Zealand, and much to the delight of organisers – a growing international contingent, who see the regatta as one of the Southern Hemisphere's premier yachting events.

Overseas competitors include boats flying the flags of Australia, the USA and Hong Kong.

A new breed of 'flying' catamarans will bring Americas Cup-style racing to the Bay of Islands. Expect thrills and spills as two state-of-the-art GC32 class racing machines – capable of speeds of up to 40 knots – face off against each other in the Multihull division.

Attack of the 50-footers

With 11 performance racing yachts all around 50ft in length – including nine TP52 class yachts – racing in A division is set to be fast, furious and nail-bitingly close. Will Bay of Islands local boat Kia Kaha take out the title, or will one of the overseas entrants walk away with the honour?

The New Zealand Navy will be taking arms against a sea of troubles, as the Australian and British Royal Navies take up the challenge to sail against them in the regatta. Old allegiances may fall by the wayside as the teams battle it out for victory – and the spoils.

Big boats, bold owners and a beautiful location set the stage for some truly spectacular racing at this year's regatta. With five superyachts competing in the Millennium Cup, plus another three yachts over 20 metres in length taking part in the Pacific Cup, there will be no shortage of tall rigs at this year's Bay of Islands Sailing Week regatta.

The Bay of Islands Sailing Week Race Village is based at Opua Marina, with the North Sails/Southern Spars Marquee at the heart of each evening's festivities. The Race Village is open to all, with the bar open from 4pm each evening, and Kerikeri band JPG providing entertainment from 6pm each race day.

The Bay of Islands is one of Northland's most popular tourist destinations. With 144 islands, sheltered waters and many miles of uniquely beautiful coastline, it is widely regarded around the world as a premier sailing destination.

Spectators can watch the racing action each day from 10.30am until around 4.00pm. Those on the Paihia side will get the best views by following Tau Henare Drive up to Waitangi Golf Course. While on the Russell side, a short walk up Flagstaff Hill or Tapeka Point will afford spectacular views of the Bay of Islands, and much of the big-boat racing action. Those watching from the water are politely requested to keep well clear of the race courses.