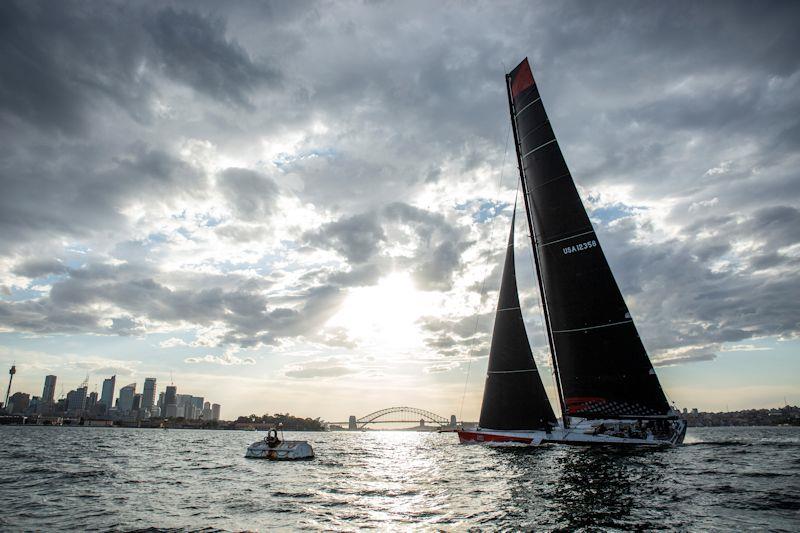 Comanche led the fleet out of Sydney Heads - CYCA pic

Comanche led the fleet out of Sydney Heads on Friday evening after the start of the Newcastle Bass Island Race, the third event in the Cruising Yacht Club of Australia’s (CYCA) Audi Centre Sydney Blue Water Pointscore series.

Further back in the pack, current BWPS champion, Tony Kirby’s Ker 46 Patrice, started well and maintains a good position, holding her own against the larger 52 and 51 foot yachts. Sebastian Bohm’s Rogers 46, Smuggler, and the Helsal 3 Syndicate’s Adams 20 are currently battling it out, a mere 0.1 nautical miles apart.

The BWPS is the most prestigious series organised by the CYCA. It starts with the Noakes Sydney Gold Coast Yacht Race in June, and climaxes with the Rolex Sydney Hobart Yacht Race on 26 December every year.

Early on, Comanche was zooming along at 16 knots in a 15 knots easterly wind.