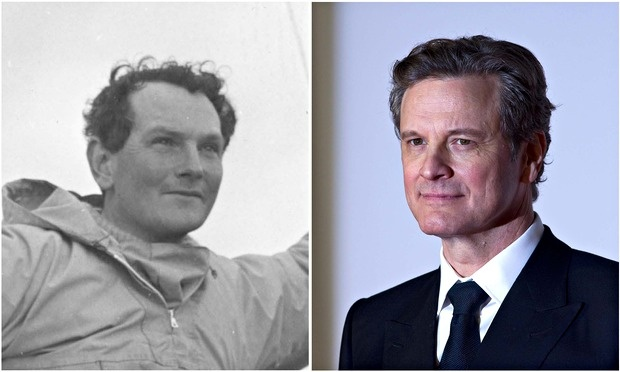 The Guardian. By Ben Beaumont-Thomas:

It’s a tale of ambition, adventure, madness and tragedy that seems tailor-made for the big screen: the true story of Donald Crowhurst, whose attempt to circumnavigate the world solo ended catastrophically. Now it’s set for a blue-chip film adaptation, from The Theory of Everything director James Marsh, with Colin Firth as Crowhurst.

The as-yet-untitled film is being written by Scott Z Burns, who has penned The Bourne Ultimatum as well as a trio of Steven Soderbergh films, The Informant!, Contagion and Side Effects.

In 1968, Crowhurst was trying to market a nautical navigation device he had developed, and saw the Sunday Times Golden Globe race, a challenge for anyone to take on a solo global circumnavigation, as the perfect opportunity to get some publicity and perhaps cash. He fitted his trimaran with a stability system that he also intended to become a business venture on his return.

But he wasn’t a skilled yachtsman, and made slow progress. He eventually decided to falsify his location to enable him to cut out a large chunk of dangerous sailing on the Southern ocean, and join the pack on their way back to the UK. His erroneous reports had those following the race thinking that he was winning, and people prepared to give him a hero’s welcome – but in the end, his boat was discovered unmanned and drifting, with Crowhurst assumed to have drowned himself. His log book betrayed a mind unravelled by the pressures of the race.