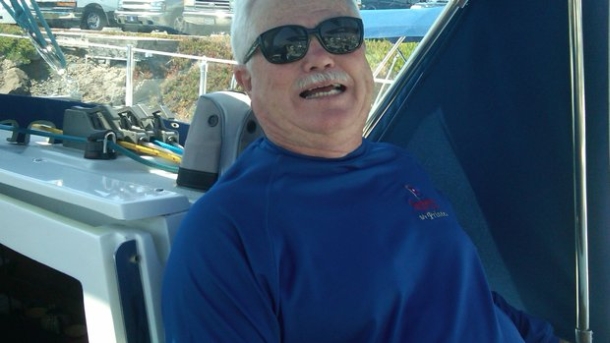 SAN DIEGO — A large, military transport plane will join the search Monday for a 76-year-old sailor who went missing after taking his boat out from Shelter Island about a week ago, a Coast Guard official said.

Richard Byhre left Palm Desert for his 28-foot boat, Princess, which is docked at the Southwestern Yacht Club on Feb. 10, his wife, Bonnie Byhre said. He planned to depart from the Shelter Island dock on Feb. 14 or 15, but he didn't detail where he'd be going or for how long. That fact alone didn't worry his wife, who said they have spent decades sailing together, including a trip around the world.

“He's very competent,” the 69-year-old said. “When we sailed to Hawaii he said, 'If Columbus can do it then I can do it with a Timex watch.' I've never been concerned at all, but its been longer than usual.”