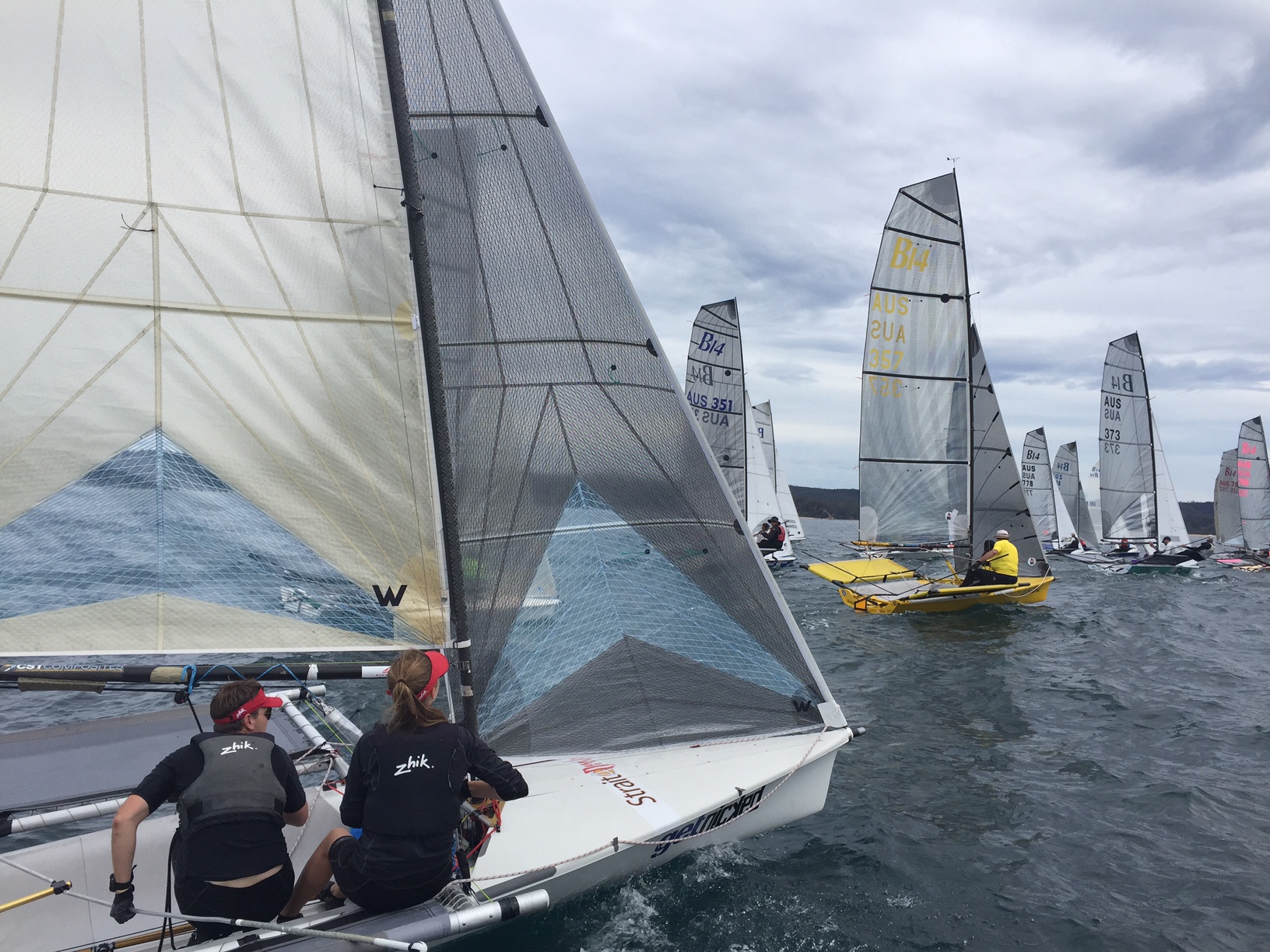 Over the New Year, Australia’s B14 skiffs competed in the Gill Australian B14 National Championships at Twoflold Bay Yacht Club, Eden. The picturesque location and prediction of fair winds drew a total of 18 boats to the shores of Quarantine Bay. With no less than nine boats returning from a huge Worlds campaign at Lake Garda in Italy this year, racing was set to be fierce.

Wind conditions were light on the first 3 days of sailing and slowly increased as the New Year set in. With New Year’s Day a layday, all sailors were recharged and keen to get back on the water for day 4 racing. Unfortunately races were abandoned due to high winds but resumed again on day 5 with a mixed bag of conditions ranging from 7 to 20 knots.

Overall, first and second place was hotly contested by Bonus and The Nude. Both boats sailed incredibly well remaining consistent by adapting to the shifting and fluctuating winds. However even with a scorecard that places no less than 3rd throughout all 9 races, Richie and Lissa could not hold off Guy Bancroft and Jason Walker who took the Championship by 1 point. In 3rd place was Bonework, sailed by father and son team, Ian and Dave Cunningham. A team which also took on the responsibility of boat security, watching over all the boats throughout the night.

A special mention goes to Get Nicked who came 8th overall and Orca Blush at 13th place. Both boats had a fantastic campaign and sailed out of their skins to the great delight of the fleet. Geoff Waldon and Jim Gaal on Orca Blush posted their highest placing ever from a partnership of many years.