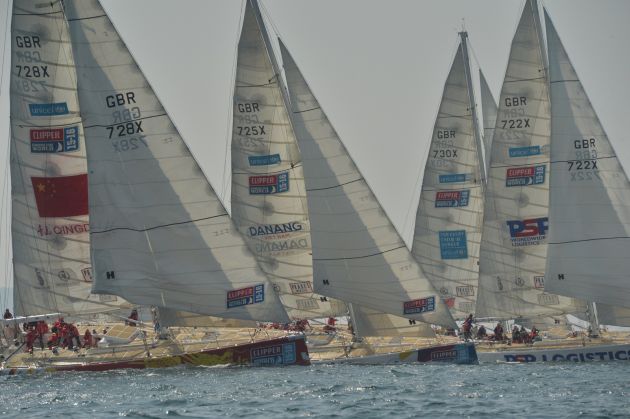 It has been revealed today that the city of Seattle, USA, will once again welcome the biennial Clipper Round the World Yacht Race as a Host Port and Team Partner in the 2017-18 edition.

The announcement that the American city will feature on the global Clipper Race route and enter a team for a second consecutive time, was made by the Official Tourism Board, Visit Seattle, supported by its partners Seattle Sports Commission and the Port of Seattle.

“The Seattle stopover certainly made its mark on our international race crew, friends, family and business partners during the last race and I am pleased that we will return to the Emerald City once again,” said Clipper Race Founder and Chairman, Sir Robin Knox-Johnston.

“Like our race crew, the people of Seattle have a strong sense of adventure and the support received from the city and its residents as the fleet raced around the world was fantastic. The welcome and hospitality provided by locals and businesses during the race’s visit to Seattle was first-class and has put the city firmly on the map as a popular race destination to visit and do business with and we hope to build on the relationships created.”

Making its debut in the 2015-16 edition of the race, which saw the city’s name and iconic skyline emblazoned on one of the race’s twelve 70-foot ocean racing yachts, Visit Seattle promoted the city as a destination for leisure, tourism and business during its eleven month, 40,000 nautical mile journey around the globe.

A city on the leading edge of innovation, Seattle is home to some of the world’s biggest corporations and has global appeal as a place to do business, live and visit. Representing the city in the 2017-18 edition, Visit Seattle will engage with international Clipper Race partners and provide opportunities to increase international trade links with the US.

The city aims to build a legacy following the relationships made through direct engagement with companies, cities and countries on the Clipper Race route.

“A branded, 70-foot racing yacht is a wonderful conversation-starter,” said Tom Norwalk, President and CEO of Visit Seattle. “We’re proud to be associated with the Clipper Round the World Yacht Race and regard the Visit Seattle yacht and its intrepid crew as global ambassadors of our city and region.”

The twelve Clipper 70s, the world’s largest matched yacht race fleet, will berth at the Port of Seattle’s Bell Harbor Marina in April 2018 after completing the most gruelling race in the 14 race series, the Mighty Pacific leg.

A month-long race, teams will battle against 5,600 nautical miles of the North Pacific Ocean from Qingdao, China, to Seattle, WA, before setting off on the next stage of the Clipper Race to New York City, via the Panama Canal.

Welcoming the race’s return, Port of Seattle Commissioner, Fred Felleman, said: “The Port of Seattle is a proud sponsor and host of the Clipper Race at our Bell Harbor Marina in April 2018. The Port's involvement in this unique international maritime competition is to highlight Seattle as a world-class destination for the adventure-seeking sailor as part of our continued support for our region’s heritage on the world stage.”

Following the success of the Clipper Race partnership, fifteen crew members from Washington State, including six from the city of Seattle itself, have signed up to participate in the 2017-18 race edition and followers can look forward to some exciting and exhilarating racing from the teams when the event gets underway in August.

The Clipper Race is unique in that it trains amateurs to take on the world’s most challenging oceans under the leadership of professional skippers. Approximately 700 crew will take part in the Clipper 2017-18 Race and from all walks of life, representing more than 40 different nationalities.  Aged 18 to 70 plus; 40 per cent of have no sailing experience before they sign up to take part as full training is provided.

During the eleven-month-long ocean odyssey the fleet will visit six different continents, including stopovers in the UK (TBC), South America (TBC), Cape Town, Sydney – Australia, Sanya and Qingdao – China, Seattle and New York – USA, Derry-Londonderry – Northern Ireland, and Europe (TBC), before the team with the highest total points at the finish wins the Clipper Race Trophy.

The Clipper 2017-18 Race starts this August and the fleet will arrive in the Port of Seattle’s Bell Harbor Marina in April 2018.