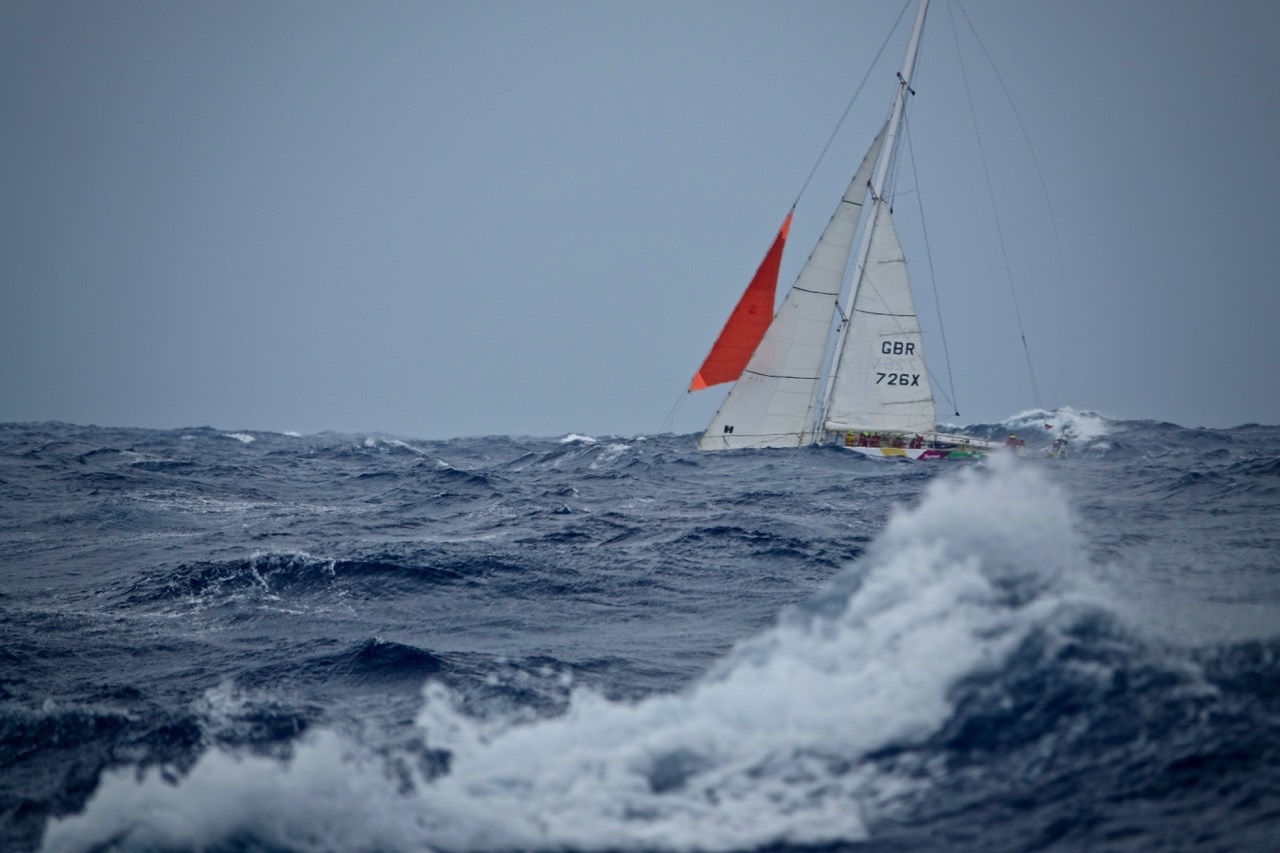 After a tough and wet couple of days for the Clipper Race fleet, the sun has come out, bringing plenty of positive attitudes as the teams make better progress up the east coast of Taiwan having completed the Elliot Brown Ocean Sprint.

Having abandoned its own attempt to gain up to three bonus points in the sprint, PSP Logistics continues to lead Race 8, from Sonya to Qingdao, for a fourth consecutive day. Skipper Matt Mitchell has been enjoying the change to more pleasant conditions, saying: “What a difference a day makes! The sun is shining and the wind has eased to a more manageable level. We are still tight on the breeze though so we can't have everything in life.”

Sanya Serenity Coast is around 30 nautical miles behind and has leapfrogged Liverpool 2018 into second place. Although the wind is still on the nose, skipper Wendy Tuck reports: “The crew on board the mighty Sanya Serenity Coast have come through all the lumpy stuff unscathed and the smiles and sunshine are back. This crew just get on with it and it is a real pleasure to sail with all of them.”

Hot on her heels is Visit Seattle and skipper Nikki Henderson explains: “We are match racing Liverpool 2018 and Sanya Serenity Coast at the mo. Last night we made a few good tacks and made some ground on them, but now they are slightly overhauling us with boat speed. It goes in roundabouts. Things will get interesting I'm sure, when the Scoring Gate gets in reach.”

Dropping a couple of places to fourth is Liverpool 2018 and skipper Lance Shepherd reports: “With hindsight maybe we should have gone further north before crossing, who knows (well Matt did probably from being here before – good call Matt), and now we are playing catch-up with the lead three boats.”

GREAT Britain continues to be in fifth place today but lost some miles on the leaders after a mistake with tacking cost them dear and sixth-placed Qingdao is now only around 10 nautical miles behind the team.

Qingdao skipper Chris Kobusch remains upbeat, despite a bout of seasickness amongst his crew, saying: “The crew keeps the morale up and fights our way through the waves. Lots of us watching the GRIB files again and again though, hoping the forecasted change in wind direction comes sooner the more we look at it.”

The big climber of today however is Nasdaq, up to seventh from eleventh, and skipper Rob Graham credits the change in conditions for a change in morale: “The sea state has calmed a little, and the wind is slightly less. More importantly the sun is shining again which makes everyone on deck feel happier about things, even if it makes living below deck uncomfortably hot again.”

Rob adds: “Nasdaq now has Taiwan in sight, having tacked east shortly before lunch in close company with Dare To Lead, and HotelPlanner.com also visible on AIS. It's good to have some company and other boats to pace ourselves against.”

Also moving up a couple of places is Dare To Lead, in eighth. Garmin is currently in ninth, having chosen to go further offshore compared to the other teams.

Further back in the fleet, and around 120 nautical miles from the race leader, a close battle is being fought between HotelPlanner.com and Unicef, currently in tenth and eleventh place respectively.

Unicef skipper Bob Beggs also remains positive, saying: “Soon we will be clear south of Taiwan and will be able to head north at last. At these latitudes it’s still very warm and I'm looking forward to the colder climates as we climb up to Qingdao.”

For the next 24 hours the wind pattern is not expected to change that much but the teams will find that the wind will ease the further north they get.

The results of the Elliot Brown Ocean Sprint will be announced later following verification by the Race Office.

Keep up to date with the latest progress of the Clipper Race fleet via the Race Viewer and you can also hear more from the skippers and crew on the Team Pages.

The eleven Clipper Race teams are expected to complete the 1,700 nautical mile Race 8: The Sailing City Qingdao Cup between 13 – 16 March 2018.