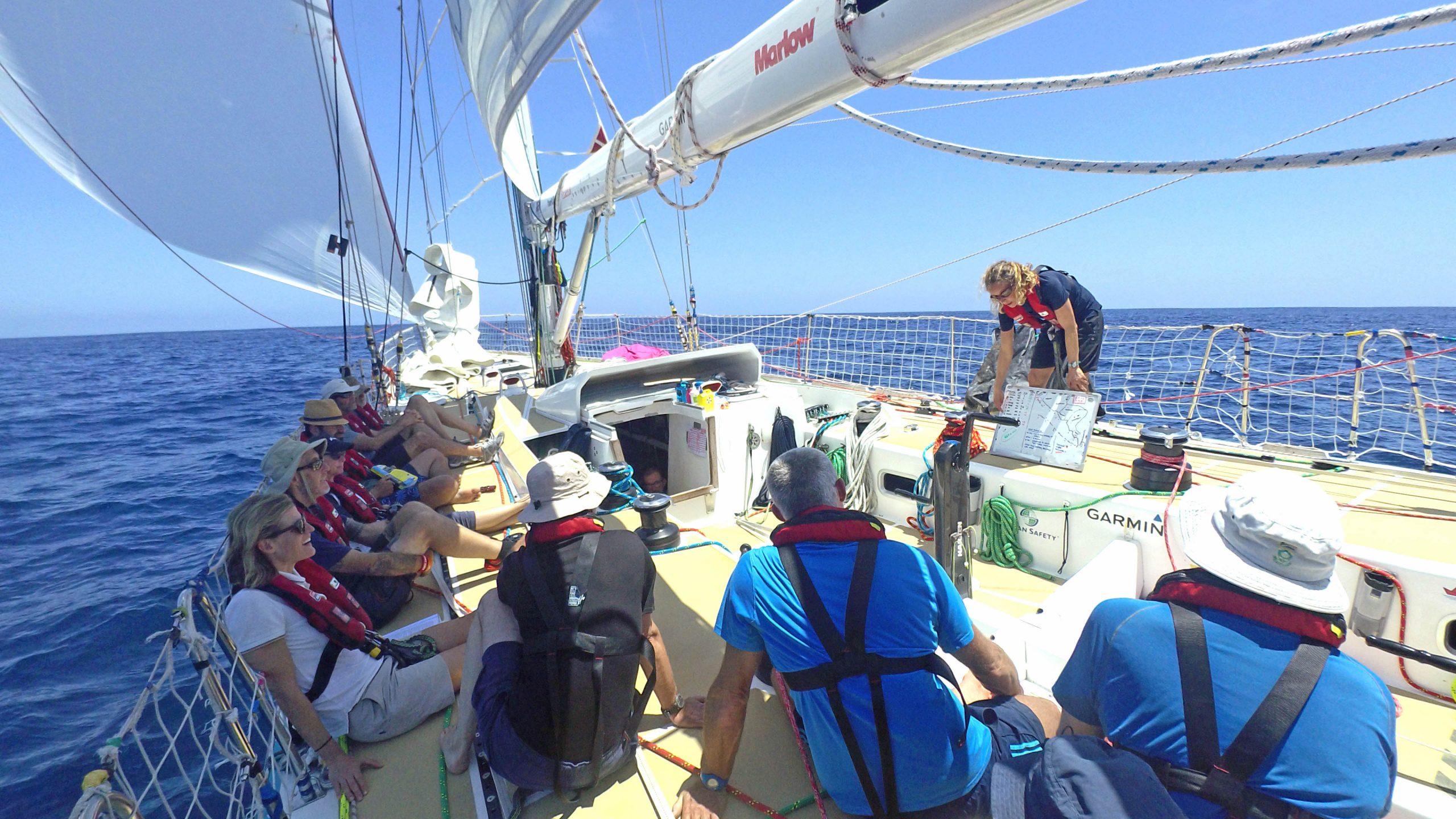 There’s been little separating the majority of the Clipper Race teams for much of Race 10: The Garmin American Challenge and its finish was no exception with some positions decided by just seconds.

After spending 18 days in close company, racing more than 3,000 nautical miles south from Seattle towards Panama, six teams crossed the finish line within an hour of each other.

In what is its best result since Race 6, Garmin made a late charge, avoiding the worst of wind holes to secure fourth place, just 32 minutes behind the third placed GREAT Britain.

“Well, I'm tired! I think all the skippers must be as today was a very close battle with the majority of the fleet to the finishing line,” says Garmin skipper Gaetan Thomas.

“Everyone was pretty much on deck non-stop since last night as we saw that we could gain some positions, which we did. So close to the podium but fourth finally.”

“It was a race in between small patches of wind, with big wind shifts, and lots of sail changes were needed. I can say my pirates gave everything they could and I am really proud of them.”

HotelPlanner.com skipper Conall Morrison says: “That was very close/tight/nerve wracking, but we're happy with our sixth placing as it is where we were for most of the race. It could so easily have been third or ninth, light winds can be so frustrating.

“My heart goes out to Qingdao skipper Chris and crew who led for over two weeks to be pushed down the placings in the last 24 hours. Sailing can be tough.”

After losing the lead for the first time in 15 days, Qingdao was involved in a thrilling photo finish for seventh place against PSP Logistics. With a late confirmation of timings due to the placing being decided on mere seconds,

PSP Logistics crossed the finish line at 02:17:55 UTC, just thirteen seconds behind Qingdao at 02:17:42 UTC. Qingdao skipper Chris Kobusch, despite winning this battle for seventh place success, commented: “Not much to say. A very disappointing race for us. Hopefully the next one will be better.

“But whilst this is a tough one to swallow, the calibre of racing across the fleet has been excellent and it was an exciting race to be a part of. To be so close after racing for weeks and thousands of miles shows how evenly matched the fleet is, both in terms of the Clipper 70s and talent on board.”

Unicef was the next team to cross, officially finishing Race 10 in ninth place at 0301 UTC. After spending much of the race at the front of the leading pack, Unicef also fell victim to the light and variable winds of the Intertropical Convergence Zone

Skipper Bob Beggs comments: “The Unicef team has gelled well together and proved be a cohesive and effective racing team, way above their final placing in this race. A big thank you to the team for all the hard work.”

The penultimate finisher was Nasdaq, crossing the line at 0922 UTC to take tenth place. After playing cat and mouse with GREAT Britain throughout the whole race a tactical decision on Day 17 to stay further inshore meant that Nasdaq got caught in the wind hole that trapped the majority of the fleet and had to battle light winds to cross the line.

The decision has been made by skipper Lance Shepherd and his Liverpool 2018 crew to accept eleventh place. This means the team no longer needs to cross the finish line and is on route to rendezvous with PSP Logistics and Nasdaq in order to motor sail together to Panama.

Lance reported: “We are now making our way to the rendezvous with CV31 and CV28, hi Matt and Rob; we will be there as soon as we can. I think we have just re-written the book on being fashionably late”

With the final results now in for Race 10, check out how the points have affected the overall Race Standings. You can also read about life on board during the final moments of the race in the skipper Blogs and Crew Diaries.

After crossing the finish line, the Clipper Race fleet will motor sail towards a scheduled re-fuel stop in Costa Rica, before continuing on to Flamenco Island Marina on the Pacific Ocean side of the Panama Canal. After traversing the Panama Canal – one of the real highlights of the 40,000nm circumnavigation – the teams will regroup for Race 11 to New York which will start on Sunday 3 June.