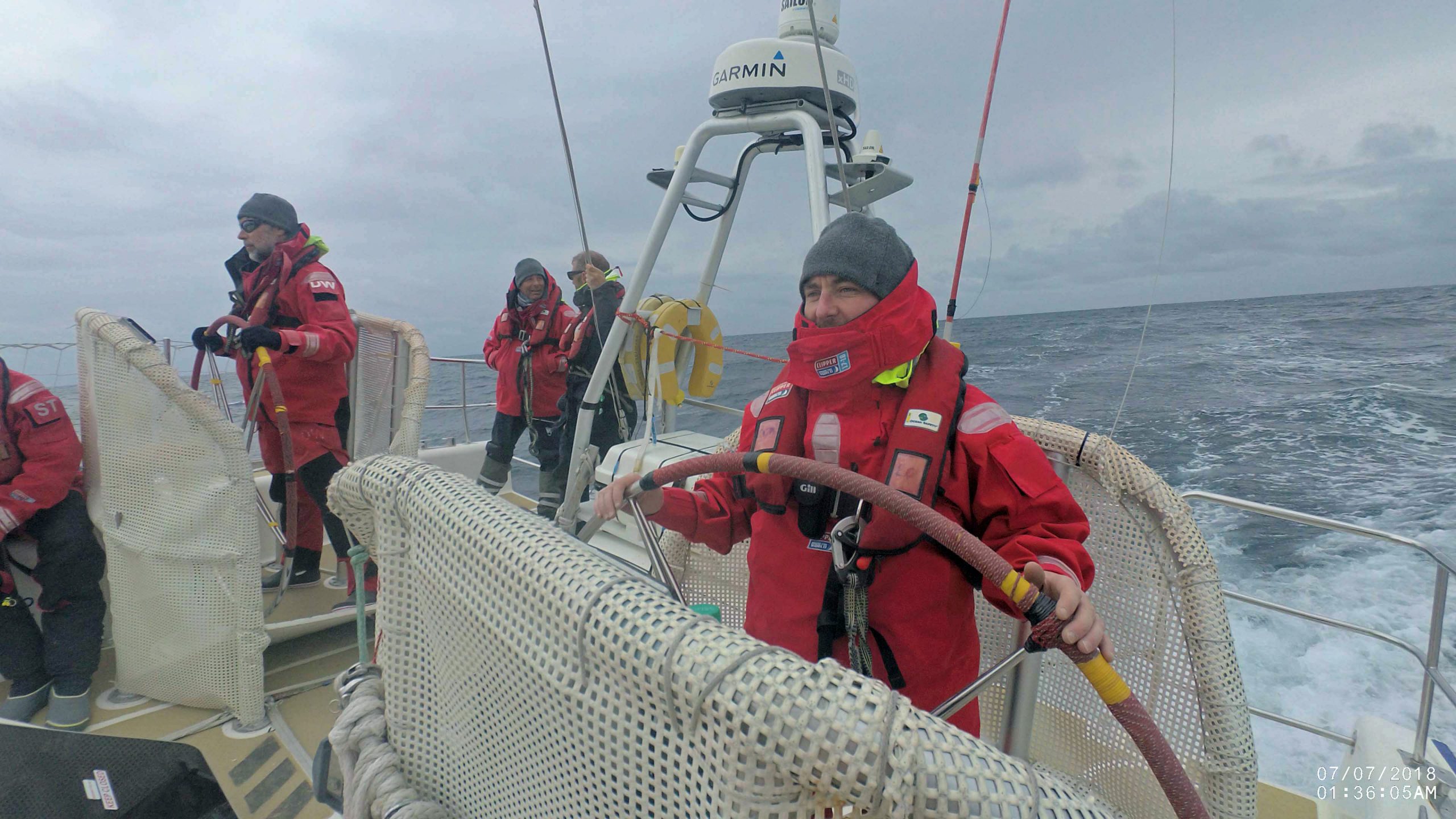 The penultimate stage of the Clipper 2017-18 Race is ongoing this morning for almost half the fleet, and some impressive battles are taking place as teams strive to join the celebrations in Derry-Londonderry.

PSP Logistics crossed the finish line at 0727 UTC this morning, finishing in sixth place and will have its points doubled after playing its Joker Card.

HotelPlanner.com, skippered by Derry local Conall Morrison and crewed by a number of Irish team members, is under 15 nautical miles (nm) from the finish at the time of reporting and will no doubt receive an emotional welcome when the team sails up the River Foyle later this afternoon.

The tightest match race currently stands between Sanya Serenity Coast, in eighth, and Nasdaq which is just 7nm behind in ninth.

Wendy Tuck, Sanya Serenity Coast Skipper, currently 30nm from the finish line, explains: “In typical race finish fashion, it will be a close finish between us and Nasdaq, they are currently a couple of miles behind us, but sometimes they are faster, sometimes we are…

“We must be getting close to the British Isles as it is grey, very grey and a bit drizzly. So, this is our last ocean crossing drawing to an end. It's been a different sort of race, I don't think I have ever reached as much as this, been tough not being fast and watching boats we normally are faster than pull away from us, it's been a bit sad, no more days out on the big blue, I really do love just being out on the ocean. Sad to think this big adventure is nearing its end.”

The most remarkable duel is playing out between the final two teams however. Despite its diversion to Canada, the Liverpool 2018 team has managed to cut its deficit on the tenth placed GREAT Britain from over 500nm, to just 40nm this morning, though now finds its progress in the final miles halted by a dreaded wind hole.

“We are currently locked in battle with the blue dots of doom. Both of us trying to outwit each other. We gybe, wind hole counters with an immediate wind shift. We gybe back, wind hole then shifts the wind to exactly where we wanted it on the other gybe. This time, we stick to our course and success, the wind bends round and starts to build. It's a will power thing and I am stubborn and tenacious, I will not let the blue dots of doom beat us!

“However, I do fear this is not the last blog of the race. We are doing our best to hurtle towards the Guinness and our friends in Derry-Londonderry. Big congrats to Nikki, Bob, GT and your teams for the podiums, well deserved.”

The GREAT Britain team has been experiencing satellite communications issues over the past few days of the race which has meant Skipper Dave has been unable to send his daily blogs through however the team has been in contact with the Race Office and all on board are safe and well.