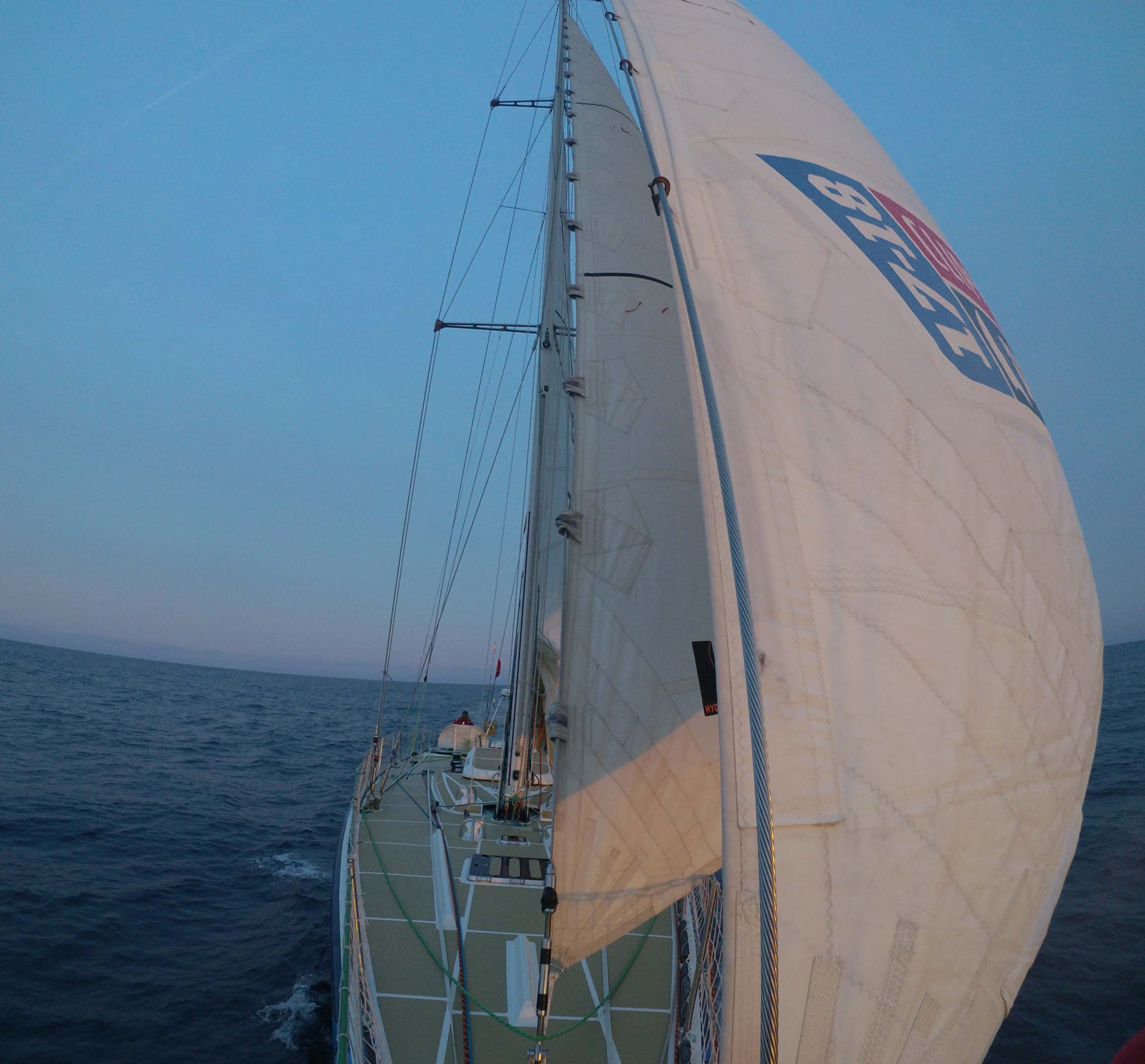 Dare to Lead in final stages of Leg 9 to Seattle

As the front half of the Clipper Race fleet begins the motor through the Puget Sound to Seattle, the chasing pack are fighting for the final positions in the marathon 5,600 nautical mile race across the North Pacific Ocean.

Qingdao claimed its first win of the Clipper 2017-18 Race after completing Race 9 at 22:27 UTC on Thursday 19 April, and a further five teams have followed it across the finish line and are now heading to Seattle.

Dare To Lead is currently working hard to maintain seventh position, but after being as high as fourth just seven days ago, the fall in the rankings following damage to the mast and two kites has been tough on the team.

Skipper Dale Smyth reports: “Today the reality of our race hit home as we saw HotelPlanner.com, PSP Logistics and Garmin sail past us. We hoisted the Code 2 (medium weight spinnaker) early this morning to make the most of the drop in wind speed and its direction, but it hasn't been enough to hold off the other teams given our main sail issue.”

It has also been a tough race for Visit Seattle, and despite facing 80 knot winds and waves over 14m in the North Pacific, skipper Nikki Henderson describes the race as more a mental challenge than a physical one.

The team was in first place by Day 8, but fell to the back of the fleet after rounding the compulsory Mark Haller. But despite the setbacks, Nikki remains proud of what she and her Visit Seattle team have achieved, commenting: “We have 140nm to go now until the finish line – 300nm to Seattle itself. When we look on the map that is stuck to the wall, it's so hard to believe we sailed all this way. There is what looks like just a tiny handful of miles to go in comparison to what we have done.

“Spending the last three weeks trying to fight our way back up the fleet was pretty hard – digging deep every day for optimism and more fight – definitely a grit building exercise this one! A huge, huge congratulations to Qingdao – Chris and team – you guys sailed a brilliant race and we are happy to see you victorious!”

Visit Seattle has an approximate 20nm buffer on the ninth placed Nasdaq, whilst Liverpool 2018 is a further 10 miles astern in 10th.

After such a long race, Nasdaq skipper Rob Graham is relishing the opportunity for a tight finish, saying: “It looks like being a sprint finish to the end of this marathon race: we're chasing Visit Seattle, whilst Liverpool 2018 and GREAT Britain are chasing us just as hard.

“The Mighty North Pacific is being kind for the last few hundred miles – we've had fairly flat seas and moderate winds from a favourable direction, and so we've been recording some good daily runs.”

To follow the fleet's progress to the finish and Seattle, keep an eye on the Clipper Race Viewer. You can also read the skipper blogs in full in the ‘Team Pages’ section of the website or find out the latest from the crew in the Crew Diaries.

The latest Estimated Arrival Times into Seattle to both the finish line and Seattle can also be found on the Clipper Race website. The ETAS will be regularly updated and please note the time difference between crossing the line and arriving at Bell Harbor Marina in Seattle. All times are local unless stated otherwise.