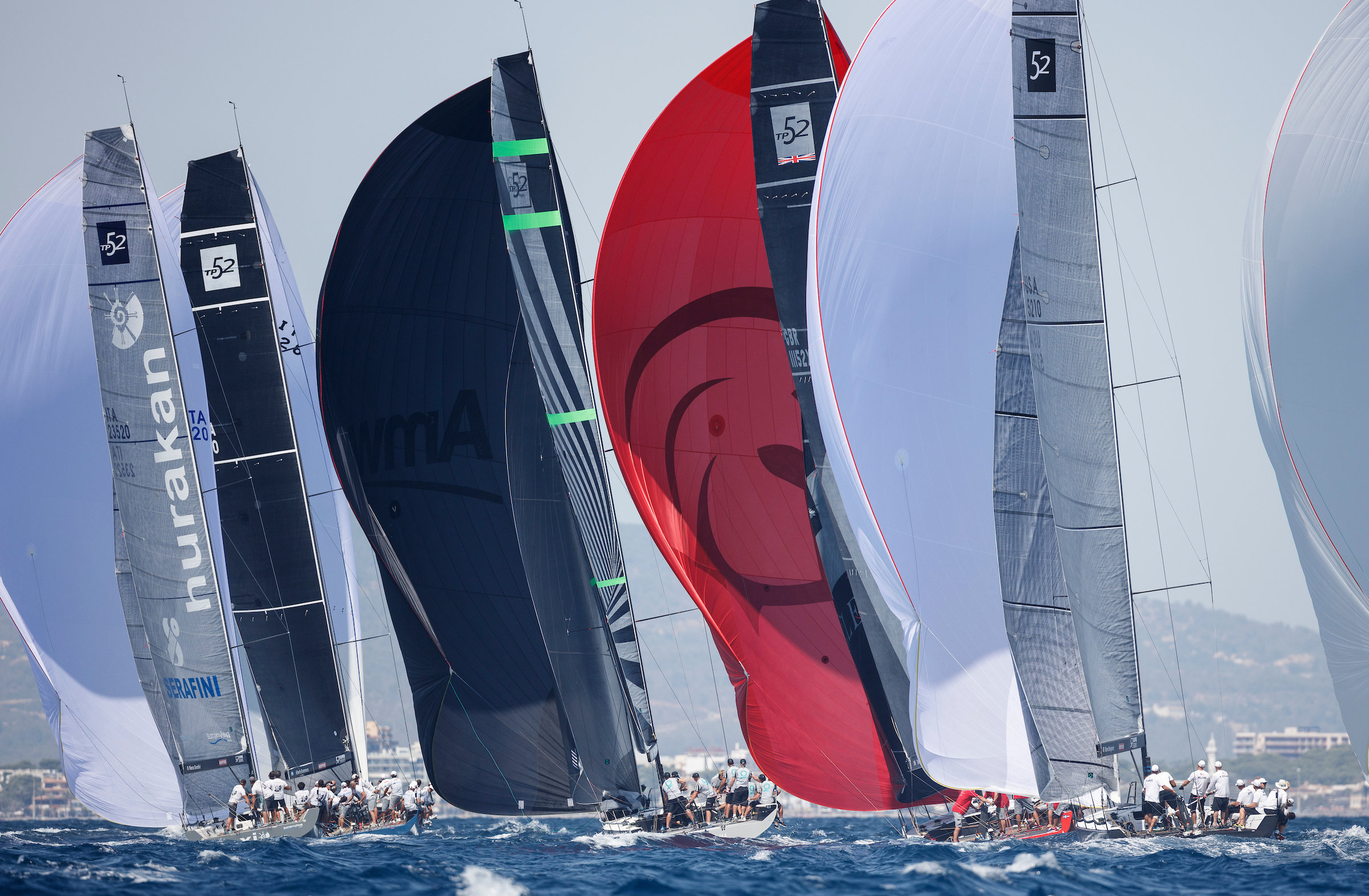 The first great multi-class sailing event of the Mediterranean season, will once again host the TP52s, competing this year under the Box Rule class, in one of the most spectacular and competitive monohull fleets in the world. Ten teams from seven nationalities have chosen Sail Racing PalmaVela to initiate their 2018 season up against the majority of their rivals on the 52 Super Series circuit, and as such test new features incorporated over the winter.

The teams who have confirmed their participation at the Real Club Náutico de Palma are the American teams Quantum Racing (the 52 Super Series champions in 2013, 2014 and 2016) and Sled, the British teams Alegre and Land Rover BAR Gladiator, South Africans The Phoenix and Phoenix, Brazilians Onda, the German team Platoon (current world champion in the category), Italian-Argentine Azzurra (winners of the 52 Super Series in 2012, 2015 and 2017) and the French team Spirit of Malouen IX.

Seven of these teams will sail in the Bay of Palma with their new boat, and compete for the first time this season for the 52 Super Series title: Alegre, Azzurra, Phoenix, Onda, Quantum Racing and Sled designed by Botín, whilst Platoon will sail their new Vrolijk. It will be the first time the new generation of TP52s will have sailed together, a spectacle in itself.

The crew lineups are also a particularly attractive feature of the category, being as they are made up of an impressive combination of world champions, Olympic medallists and America’s Cup sailors. Some of the names to look out for include America’s Cup winners Dean Barker (Quantum Racing) and Ray Davies (Sled), and two of the greatest olympic legends of all time Argentinian Santi Lange (Azzurra) and Robert Scheidt from Brazil (Sled).

The Box Rule class sailing programme at Sail Racing PalmaVela is between Thursday 3rd May and Sunday 6th May, and will include a total of eight races, including a coastal race in the Bay of Palma.

With just under two weeks until the start of the competition, 130 teams from 26 nationalities have formally made their pre-registration to compete in Sail Racing PalmaVela 2018. The fleet will be distributed into 15 classes and include teams with boat lengths ranging from the 3.03m Hansa 303s (Disabled Sailing) and the 30.5m majestic WallyCentos of the Wally class.

The 15th edition of Sail Racing PalmaVela will be held between 2nd-6th May. The event is organised by the Real Club Náutico de Palma and the Real Federacion Española de Vela (Spanish Sailing Federation), and is sponsored by Sail Racing, with the institutional backing of the Govern de les Illes Balears (Balearic Islands Regional Government) and the Ajuntament de Palma (Palma Town Hall), with the collaboration of the Federación Balear de Vela (Baleares Sailing Federation), the Club Náutic S´Arenal (S’Arenal Yacht Club) and the Autoridad Portuaria de Baleares (Baleares Port Authority).