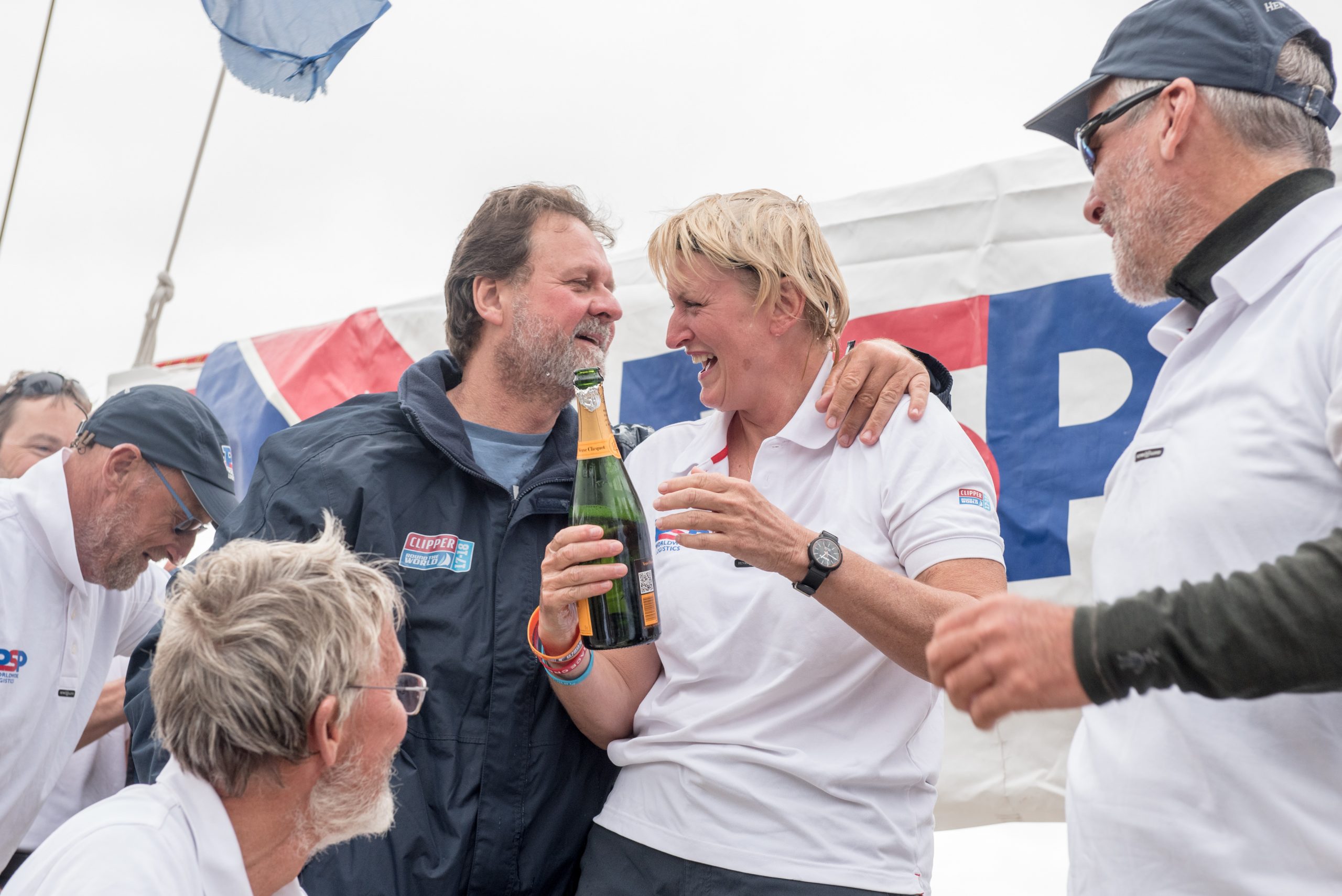 A half a world away from the sandy shores of Newcastle, Australia, Peter Hartigan and Louise Costello are celebrating after crossing the mighty North Atlantic Ocean as part of the Clipper Round the World Yacht Race.

The couple has just arrived in Derry-Londonderry, Northern Ireland, after spending the last two weeks and 3,000 nautical miles racing against each other from New York City.

Peter, a 59-year-old businessman, was the first to arrive with his team Dare To Lead and came good on his promise to give Louise, a 53 year old educator, and her PSP Logistics team a Champagne welcome at the Foyle Port Marina.

He explains: “When I signed up to the race I said to Louise that I would meet her on the dock with a bottle of Champagne to say congratulations. This time it was commiserations, as Dare To Lead beat PSP Logistics in!

Whilst the moment was all in good fun, Louise did comment: “I think I’ll be the one waiting with the champagne in Liverpool though!”

Louise was the first to sign up for the Clipper Race after hearing about the ocean adventure at her local yacht club. She explains: “The sailing instructor said, ‘have a look at this’, and I checked out the website and thought 'oh my god, that can actually be done by someone like me!'

“I sent away, got the brochure, read all about it and was completely hooked. I signed up for Leg 7 at that stage and added Leg 8 later on.”

Peter, like 40 per cent of people who take on the Clipper Race challenge, was a non-sailor but couldn’t resist signing up as well after hearing about Louise’s plans.

Despite her initial doubts, Louise is proud of what Peter has accomplished, saying: “I thought he was crazy and didn’t know how he was going to go. I’d already done some training and it was challenging but that’s what it’s all about.

“It’s an adventure, it’s a challenge and it’s about pushing yourself. The camaraderie on the race is just fantastic and racing against Peter makes it even better.”

Louise has already clocked up almost 10,000 nautical miles (nm) since starting her race in Seattle, whilst Peter has sailed 3,000nm since leaving New York.

There is just one race left – a five day, 1,000nm sprint around Ireland to Liverpool, UK – before the Clipper Race wraps up on Saturday July 28.

“It’s really exciting because we waved goodbye when the race began in Liverpool almost a year ago,” Peter says.

“And now we get to bring the boat home – I really can’t wait.”