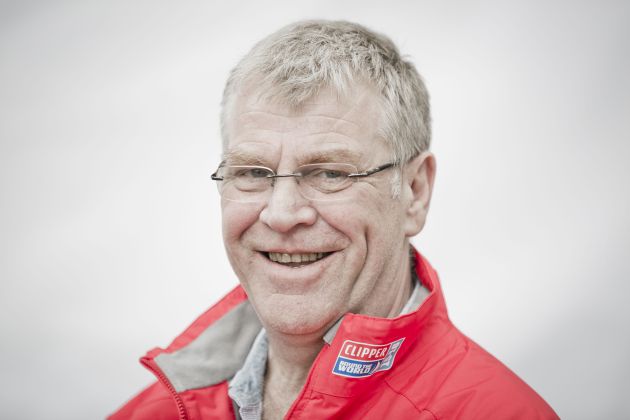 Derry~Londonderry~Doire is diverting to Hobart in Tasmania for a medevac of an injured crewman as a precautionary measure.

Skipper Daniel Smith contacted the Race Office at 1030 AEDT today (2330 UTC Tuesday 8 December) to report that round-the-world crew member Michael Gaskin, 54, from the West Midlands, UK, had sustained suspected broken ribs after he fell by the helming position when a wave broke over the back of the yacht in rough seas and 35 knots wind, approximately 130 nautical miles to the southwest of Tasmania.

Due to the proximity of Hobart and the rough conditions, the Skipper has decided to divert as a precaution so that Michael can be treated ashore. The team will continue the race to Sydney once Michael has been transferred to hospital.

“The Skipper reports that Mike is in a stable condition and is receiving pain relief,” explained Race Director Justin Taylor. “The conditions were quite challenging at the time. Mike was clipped on behind the high side helm. The low side helm took over to allow Mike to step in. A breaking wave broke over the side of cockpit and Mike says he hit the pushpit and heard his ribs crunch. He was then washed into the A frame and sustained a small cut to his head. He was stopped by his safety tether. This was the first breaking wave into the boat the team had experienced, although they had a lot of spray.”

Water breaking over the deck is very powerful. A cubic metre of water weighs a metric tonne.

This is the first medevac of the Clipper 2015-16 Round the World Yacht Race, the tenth edition of the biennial global series, the world’s longest ocean race at more than 40,000 miles, taking 11 months to race between six continents. Only a handful of the 3300 amateur sailors who have participated over the last 19 years have had to be evacuated, the majority as a precaution following medical treatment aboard.

Michael’s next of kin has been informed. Everyone else aboard is safe and well.

Michael is an experienced yachtsman, holding a Day Skipper qualification and had previously sailed around Scotland, the Mediterranean and Indian Ocean.