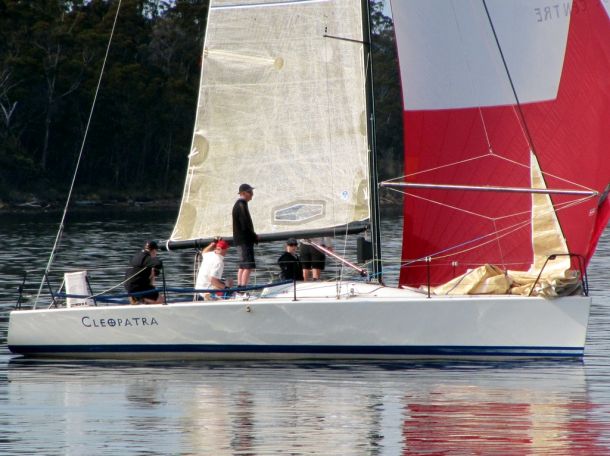 Cock of the Huon Cleopatra competing in race three of the Pipe Opener. Photo Michelle Edwards.

No yacht has been so successful in recent editions of the Series that comprised a Friday night race from Hobart heading south into the D’Entrecasteaux Channel, Saturday’s Cock of the Huon on the Huon River and today, a race from Port Huon back up the Channel.

Light winds prevailed throughout the weekend and Cleopatra made the most of the conditions, today taking line honours and her third PHS win of the Series.

Cleopatra won all three races in Division 1 on PHS handicaps, to finish the Pipe Opener with a series score of 3 points, second overall being shared by fellow BYC boat Tas Paints (Ian Stewart) and David Taylor’s Pisces’ from the Royal Yacht Club of Tasmania.

Division 3 boats Lock on Wood (Ron Akhurst) and Kaiulani (Malcolm Cooper) made amends today after their frustrating time in the Cock of the Huon, in which the tide dragged them over the start line before the gun. Lack of wind and the strong tide forced them to eventually retire from that race.

Today, however they finished first and second on corrected time in race three for Division 3 to figure in a tight overall pointdvscore which saw Take 5 (Ian Gannon finish with 8 points, one ahead of Kaiulani and another point to Lock on Wood.

The 2015 Pipe Opener Series was conducted by Derwent Sailing Squadron the Huon Yacht Club and sponsored by Ronald Young Builders and Huon Aquaculture. 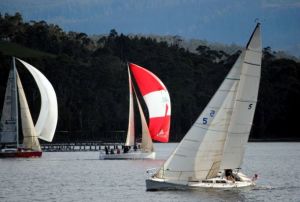